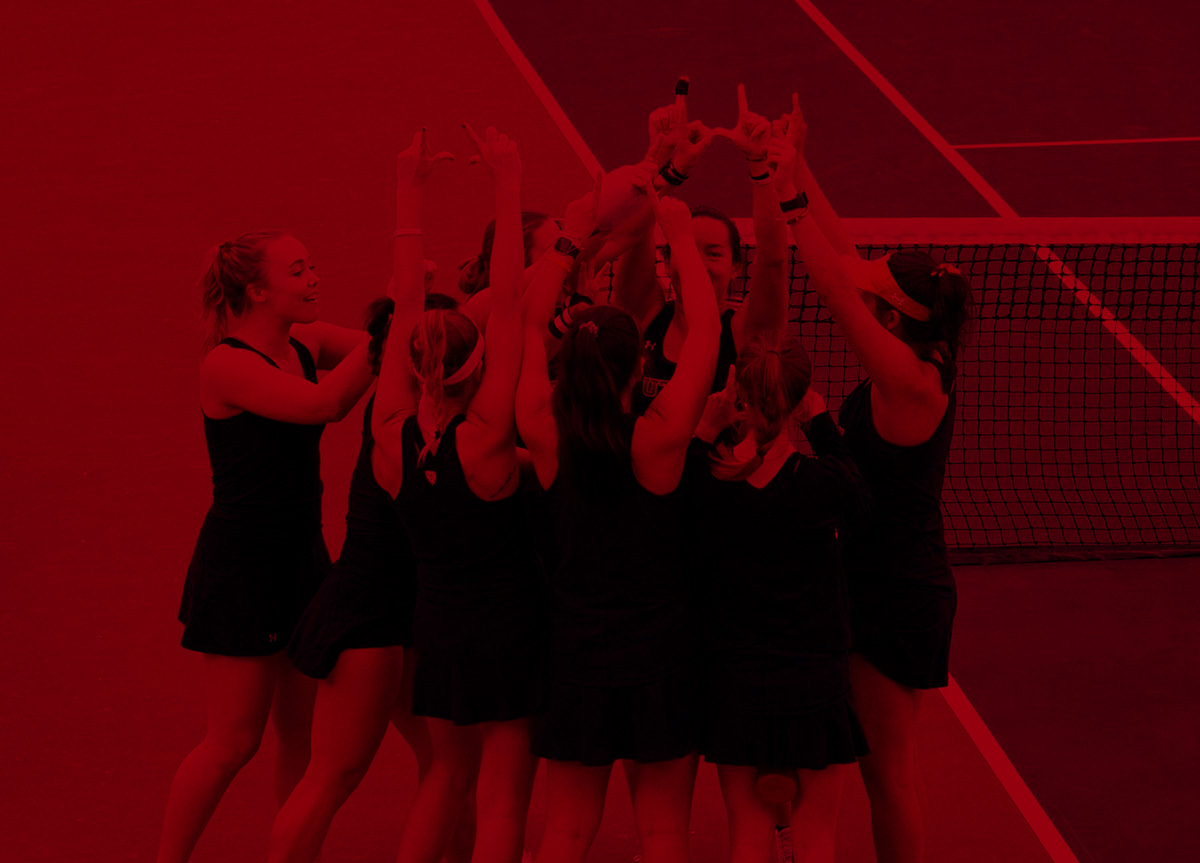 Utah has six members returning from last year's team that finished 7-2 in Mountain Region play. Ric Mortera enters his third year as the head coach of the Utes, and he is eager to see what his team can do after two shortened seasons.

Senior Anastasia Goncharova collected All-Pac-12 honorable mention last season after she tied for a team-high eight singles wins in dual play and the second-most doubles wins with nine. Goncharova played primarily between courts No. 3 and No. 4 in singles play, while seeing action on all three doubles courts and ending the year at the top spot.

Madeline Lamoreaux finished 2021 ranked No. 6 in singles in the Mountain Region and 4 in the region for doubles along with Emily Dush. Dush had a team-best record of 9-2 in 2019-20. Last year, she saw action on courts one through four, finishing the season at the No. 2 position in singles play, while playing every match of the dual season in the top doubles spot.

Madison Tattini teamed with Whitney Hekking in 2019-20 to achieve a final ranking of No. 12 in the ITA/Oracle doubles poll, just missing out on All-American honors. The No. 12 ranking is the highest rank by a pair of Utes in the final poll since the 1992 season. Last season after coming back from an elbow injury, she played primarily between the No. 5 and No. 6 singles positions and No. 3 in doubles.

Katya Hersh returns to the team this season after redshirting last season. In 2019-20, she saw action in five dual matches and had a 3-1 record in doubles action with partner Anya Lamoreaux. Two newcomers join the Utes this season. Linda Huang comes to Utah a graduate transfer from Rice, while Samantha Horwood is a freshman from Toronto.

Ric Mortera is in his third season as the head coach of the Utah women’s tennis program.

During the 2021 spring season, the Utes finished 7-2 in Mountain Region play. Transfer Anastasia Goncharova earned All-Pac-12 honorable mention honors after she tied for a team-high eight singles wins in dual play and the second-most doubles wins with nine. Madeline Lamoreaux finished the year ranked No. 6 in singles in the Mountain Region, while Lamoreaux and Emily Dush came in ranked No. 4 in the region for doubles.

Though his first season at the helm of the program was shortened due to COVID-19, Mortera led the young Utah squad to the best start to a season since the 1983-84 campaign with a 5-0 record. Mortera led the team to finish 12-5 in dual play before the season was canceled. Utah went 8-0 against Mountain Region opponents. The Utes reached a season-high ranking of No. 44 in the nation.

Mortera guided Madison Tattini and Whitney Hekking to achieve a final ranking of No. 12 in the ITA/Oracle doubles poll, just missing out on All-American honors. The No. 12 ranking is the highest rank by a pair of Utes in the final poll since the 1992 season.

The revived energy in the program headed by Mortera saw multiple Utes advance their games over the course of the year. Hekking was named the ITA Mountain Region's Most Improved Senior. Despite not being able to finish the season, Mortera's group managed to finish the semester strong academically, breaking the all-time department team GPA in a semester. All nine student-athletes made the Athletic Director's Honor Roll, while seven made the Dean's List to combine for a school-record 3.894 team GPA.

Mortera was hired on June 28, 2019 after spending one year as Fresno State's women's tennis head coach and three years as a highly successful assistant coach at Texas Tech.

The Bulldogs won nine dual matches with three student-athletes earning All-Mountain West honors in 2018-19. During his time at Texas Tech, the Lady Raiders went 73-17 for the best three-year winning percentage (.811) in program history while six athletes captured All-Big 12 singles honors. Texas Tech made the NCAA Tournament all three years that Mortera was on staff, advancing to at least the Sweet 16 each time.

Mortera was named Wilson/ITA Texas Region Assistant Coach of the Year in 2016 and 2017 with his final season being the best in program history. They finished the season ranked No. 7 in the Oracle/ITA rankings, made their first-ever NCAA Elite Eight appearance, produced a program-high 27 wins, and won the first Big 12 regular-season and tournament championships in program history.

Prior to his stint at Texas Tech, Mortera was an assistant coach at Illinois (2014) and Purdue (2013). At Illinois, he saw the Fighting Illini hold a No. 45 ITA ranking, notching upsets over No. 25 TCU and No. 29 Oklahoma State with four student-athletes being honored by the Big Ten through all-academic, all-conference and sportsmanship award selections. While at Purdue, the Boilermakers reached a program-high No. 14 in the ITA rankings as they advanced to the NCAA Tournament round of 32 with a program-best 18 dual wins that season.

Mortera got his start in collegiate coaching as a volunteer assistant at Illinois for two seasons (2011-12), also working on the Women's Tennis Association Tour where he coached former United States Fed Cup player Alexa Glatch and 2009 Orange Bowl champion Julia Boserup. He helped Glatch reach the U.S. Open and Wimbledon main draws, and Boserup achieve a career-high ranking of No. 174.

The Portland, Ore., native was a four-year letter winner at Oregon. He graduated in 2010 with degrees in both economics and political science after ranking as high as No. 45 in the ITA his senior season while also receiving a master's in sport management from Texas Tech in 2018.

In 2020 at Ole Miss, Shankle helped lead the team to a No. 24 ranking in the ITA/Oracle poll. The Rebels had two singles players ranked as well as two doubles teams. During her first year in Oxford, Shankle helped guide senior Tea Jandric to the ITA Southern Region's Most Improved Senior, as well as garnering an All-SEC Second Team recognition.

As a player at Baylor, the Dallas native ended her career ranking third in school history in doubles wins (99), tied for fourth in singles winning percentage (.826), sixth in singles wins (109) and seventh in doubles winning percentage (.733). Shankle achieved a high ranking of No. 3 in the ITA/Oracle singles poll, which was the highest in school history. She helped lead the Bears to four straight NCAA appearances, including an Elite Eight showing in 2015. The Bears also collected both the Big 12 regular season and tournament championships in two of her four seasons.

Shankle was an ITA Doubles All-American in 2014 and 2015 after reaching the quarterfinal rounds at the NCAA Doubles Championships both seasons. She then closed out her career as a 2017 ITA Singles All-American after advancing to the Round of 16 in the NCAA tournament. Shankle earned All-Big 12 honors in both singles and doubles from 2015-17. As a senior, she was the recipient of the ITA Most Improved Senior award as the regional and national winner. 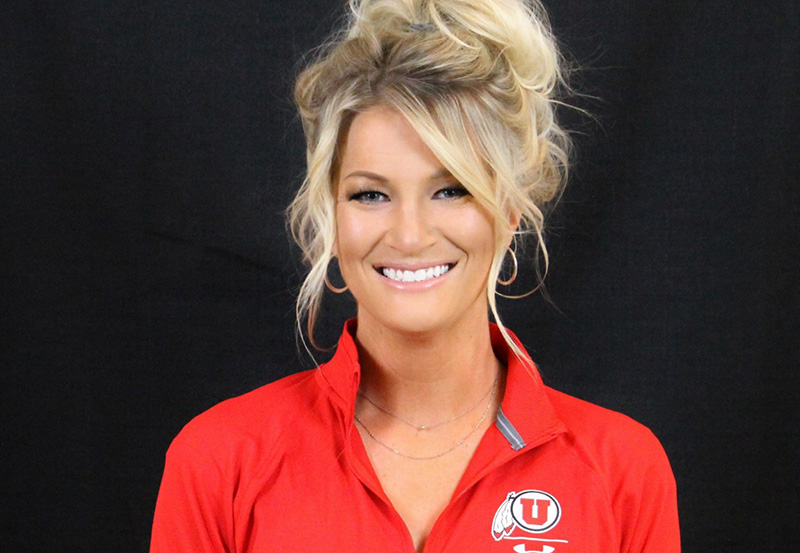 Erin Anderson is in her third season as the Director of Operations for the men's and women's tennis programs.

Anderson graduated from the University of Utah with a major in Sports Management. The Salt Lake City native grew up playing competitive softball, as well as participating in many other sports. Prior to joining the Utah men's and women's tennis staff, Anderson had previously spent time working in collegiate athletics at Snow College, Southern Virginia University, and BYU. She also has worked with Rookie League Minor League Baseball. Anderson enjoys history, the outdoors, and visiting new places.

Utah's nine previous years in the Pac-12 Conference have been highlighted by a sixth-place finish in 2014 and eight All-Pac-12 selections.

With a Pac-12 school winning the NCAA team title 23 times since 1982, the conference is considered the nation's finest in women's tennis. The Utes have already captured 29 wins in Pac-12 Conference play entering the 2021 season.

During the last 14 years, the Utes have a winning record versus nationally prominent schools such as Texas Tech, Auburn and LSU. Utah has also defeated TCU the last three times and has won 11 in a row over instate rival BYU.

Utah has been consistently ranked in the Top 50 in the nation since the late 2000s, climbing as high as No. 26. Utah has also been the top ranked team in the NCAA's Mountain Region five times. The Utes were ranked No. 44 in both 2019 and 2020.

Utah qualified for the NCAA Championships as a team three consecutive years from 2010-12.

The Utes won conference titles in their last two years in the Mountain West in 2010 and ‘11, going undefeated at home along the way. The Utes have finished with a winning record in nine of the last 10 seasons.

Utah's first All-American was Jane Stratton, a three-time selection between 1973 and ‘76. Stratton was a finalist in the National Women's Collegiate Championships twice, and earned U.S. rankings of No. 3 in singles and No. 1 doubles in the 18-and-under doubles competition. As a pro, she made two quarterfinal appearances at Wimbledon in doubles.

Lisa Salvatierra and Ruth Ann Stevens were named All-Americans as a doubles team in 1992. They reached the semifinals at the ITA National Indoor Tournament, were ranked No. 12 nationally, and earned the No. 5 seed at the NCAA Championships. Stevens (now Allen and a Utah assistant coach) ranked as high as No. 2 nationally with doubles partner Alison Bradford in 1991 and was a three-time NCAA qualifier.


Utah women's tennis utilizes some of the finest facilities in the nation. 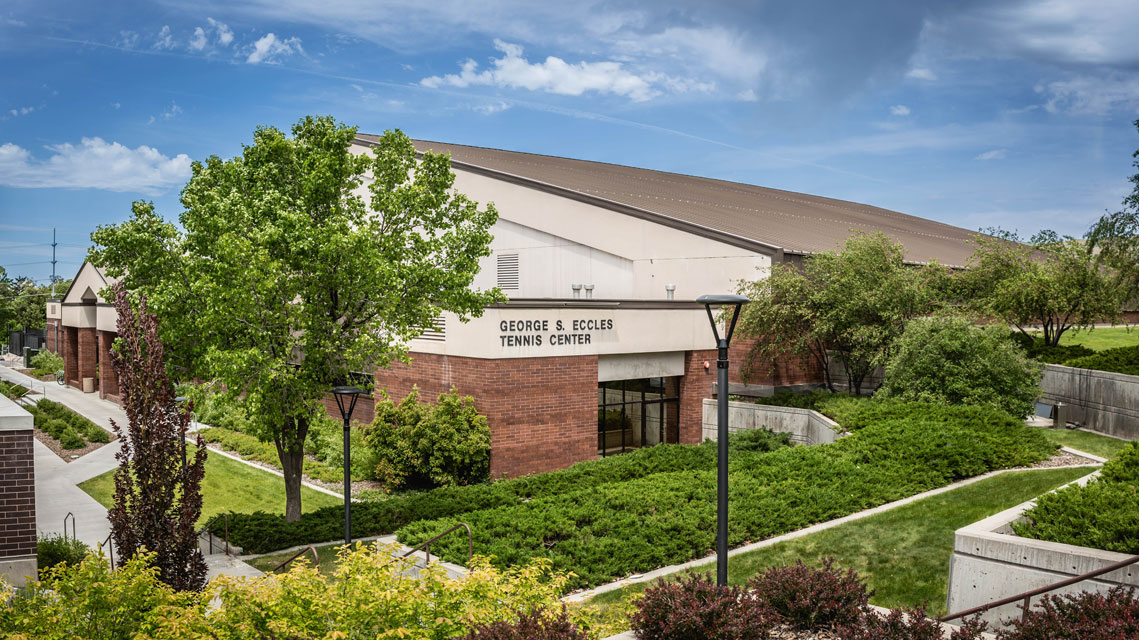 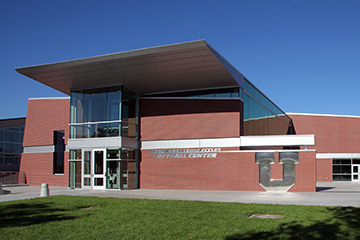