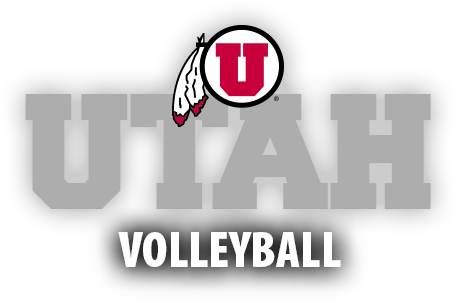 The Utes earned an invitation to the NCAA Tournament for the sixth consecutive year and advanced to the second round in 2021. Utah finished 22-9 overall and placed third in the Pac-12 with a 14-6 league record.

Super senior Dani Drews was named a First Team AVCA All-American for the third year in a row. She is the only Ute to have earned first team honors multiple times and ends her career with four All-America citations after earning a second team distinction as a sophomore. Drews was named the AVCA Pacific South Region Player of the Year for the third-straight season. She earned her fourth-straight selection to the AVCA Pacific South All-Region Team and is the only player in program history to earn all-region honors in four seasons. 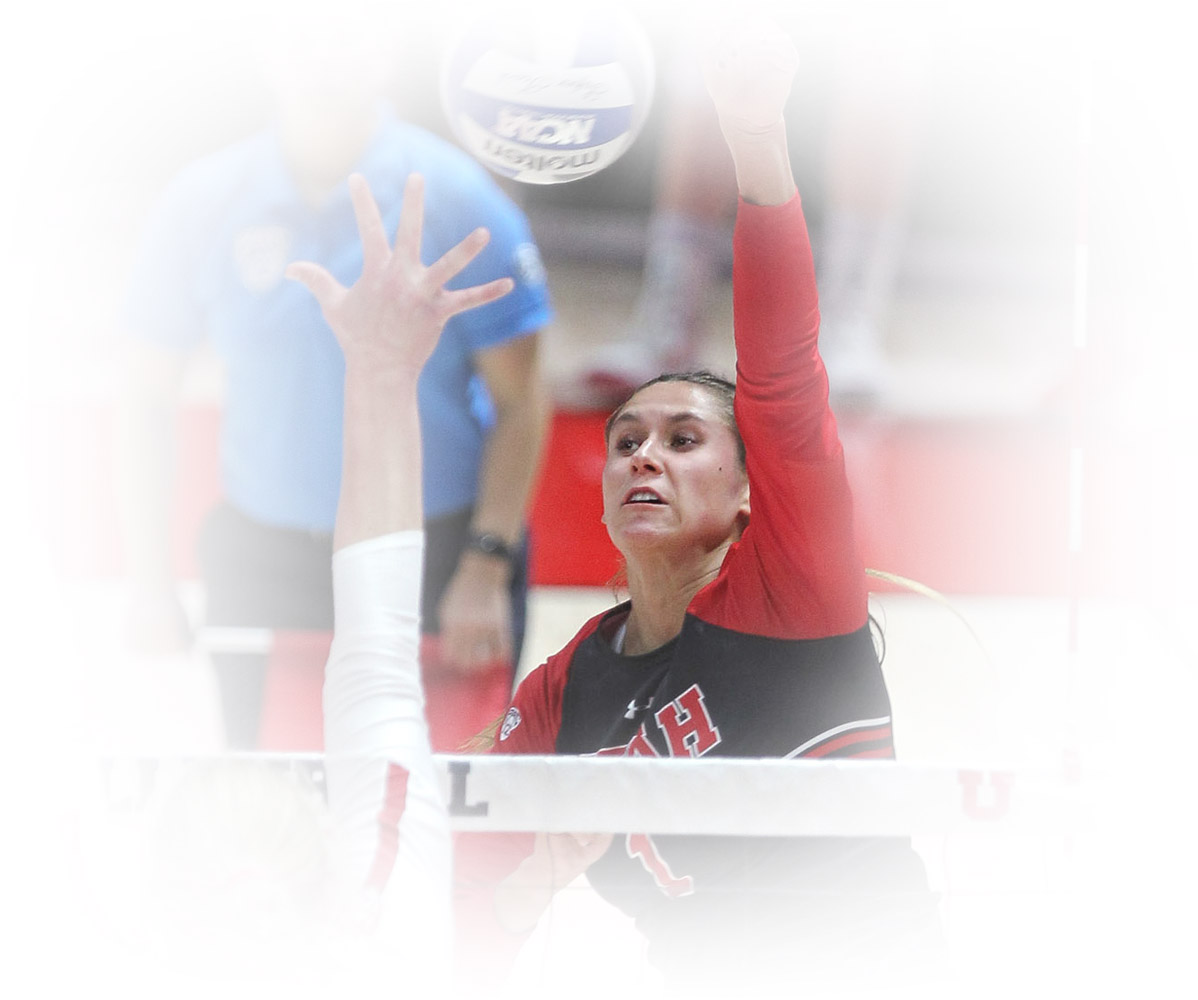 Rising senior Madelyn Robinson was named to the AVCA Pacific South All-Region Team and First Team All-Pac-12. Robinson averaged 3.01 kills per set overall and had seven double-doubles, which included four coming in conference play. She has been named to the U.S. Women’s Collegiate National Team (WCNT) for the summer of 2022.

Koch and Patchell were the Utes’ top pair for the majority of the season last year, while Andrews played primarily on court two with appearances on court one and three as well. Lee was a constant force on court three with a handful of competitions coming from court two as well.

Senior setter Stef Jankiewicz came to the U from Illinois State as a graduate transfer with intentions to play beach volleyball. She also ended up helping on the hardwood where she helped guide the Utah Volleyball team to the second round of the NCAA Tournament and earned All-Pac-12 honorable mention honors. Sophomore Sommer Daniel is also making the switch from indoor to the sand this spring

The Utes welcome eight freshmen to this year's team and the first class of solely beach-recruited players. Lauren Sayre and Samantha Leight hail from Arizona, and Bella Vezzani and Amaya Messier join the program from Colorado. The team's largest group of freshmen comes from the state best known for beach volleyball – California - with Sydney Jacinto , Kylie Pitzak , Sonja Wessel , and Kiera Sheehan all coming in from around the state. 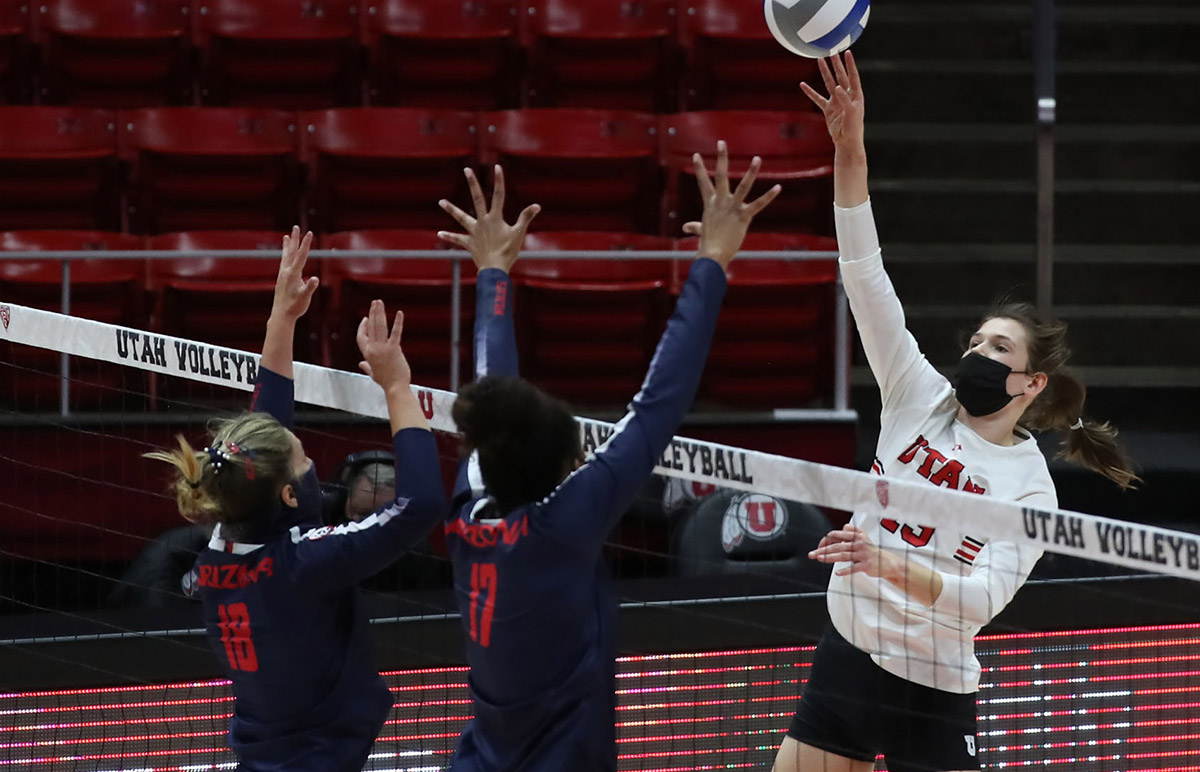 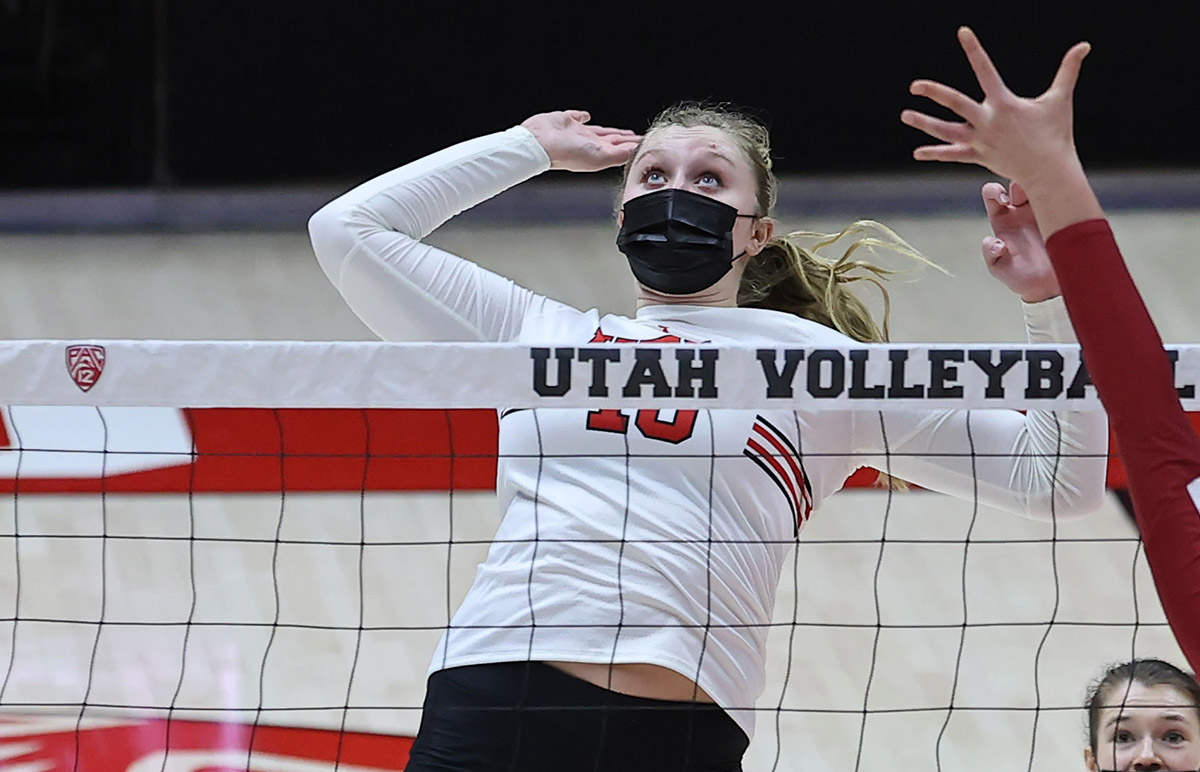 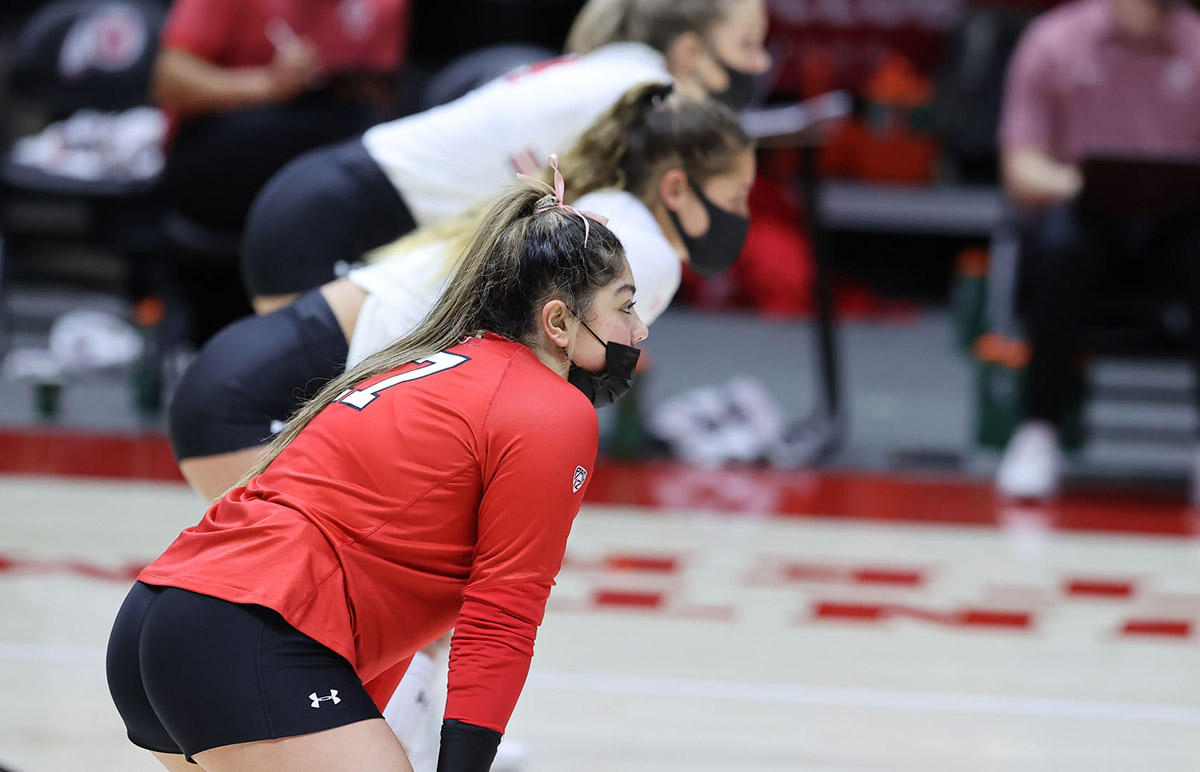 The most successful coach in Utah volleyball history, Beth Launiere has built the program into a national power.

Now in her 33rd year at the U, Launiere has registered 623 career victories, including 302 conference wins. She has guided the Utes to 19 seasons with at least 20 wins and 18 NCAA Tournaments, including four Sweet 16 appearances. Utah has made eight of the last nine NCAA Tournaments and advanced to the regional semifinals twice in the last five years.

In 2021, Utah placed third in the Pac-12 for the third consecutive season with a 14-6 record. That tied its all-time best finish since joining the “Conference of Champions” in 2011. Utah went 22-9 and advanced to the second round of the NCAAs. In 2020, Utah earned the No. 14 overall seed in the NCAA Tournament and went 13-5 in a shortened season for another third-place finish in the Pac-12.

The 2019 season was one of Launiere's best as she was named both the Pac-12 and AVCA Region Coach of the Year. Utah went 24-10 overall and had its highest finish in the AVCA poll at No. 9. The Utes placed third in the Pac-12 with a 14-6 record. A program-record four Utes earned All-America honors and five Utes earned post-season recognition from the Pac-12 Conference.

Launiere has guided 13 Utes to All-America honors while 18 have earned AVCA All-Region accolades. Thirteen Utes have earned All-Pac-12 recognition under Launiere and five have made the All-Freshman team. Dani Drews became the first Ute to be named an AVCA First Team All-American three times, the first Pac-12 Player of the Year in the program’s history and the first to be named the Pacific South Region Player of the Year for a third time. Adora Anae became Utah's first-ever First Team All-American in 2017, and was a two-time All-America and three-time All-Pac-12 selection during her career.

Launiere coached for USA Volleyball every summer from 2009-11. She got back on the sidelines with USA Volleyball in the summer of 2019 as an assistant for the U.S. Women's Collegiate National Team University Games in Napoli, Italy.

Launiere's impact on the sport goes well beyond the court. She served as the AVCA President during the 2009 calendar year. She joined the AVCA Board of Directors in 2004 and served a three-year term as the Division I Volleyball Coaches Representative from 2005-07 after being a part of the AVCA's All-America Committee for five years.

Launiere arrived at Utah in 1990 and took over a team that had compiled a 1-32 record the previous year. Inspiring a turnaround in the program, she recorded Utah's first winning season in seven years (18-15) in her third season in 1992. Utah earned its first postseason berth in 1993, placing third in the NIVC, and made NCAAs for the first time in 1998.

Prior to coming to Utah, the Grand Rapids, Mich., native was as an assistant coach at Illinois (1988-89). The Illini went 57-12 during Launiere's stay and made it to two NCAA Tournaments, including the 1988 Final Four.

An assistant at Ferris State (Mich.) from 1985-87, Launiere helped the Bulldogs earn three postseason bids, including an appearance in the 1987 NCAA Division II Final Four.

Launiere graduated in 1985 from Aquinas College in Michigan. She earned a bachelor's degree in business administration and economics and has a master's in sports administration from Illinois. 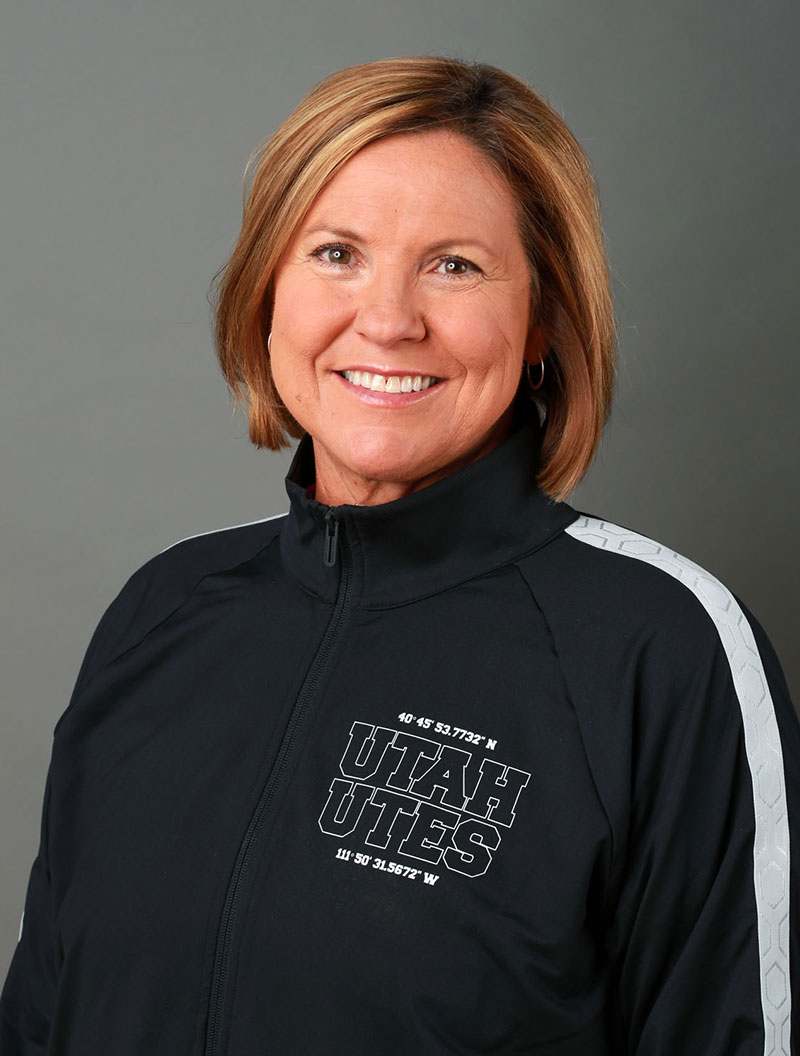 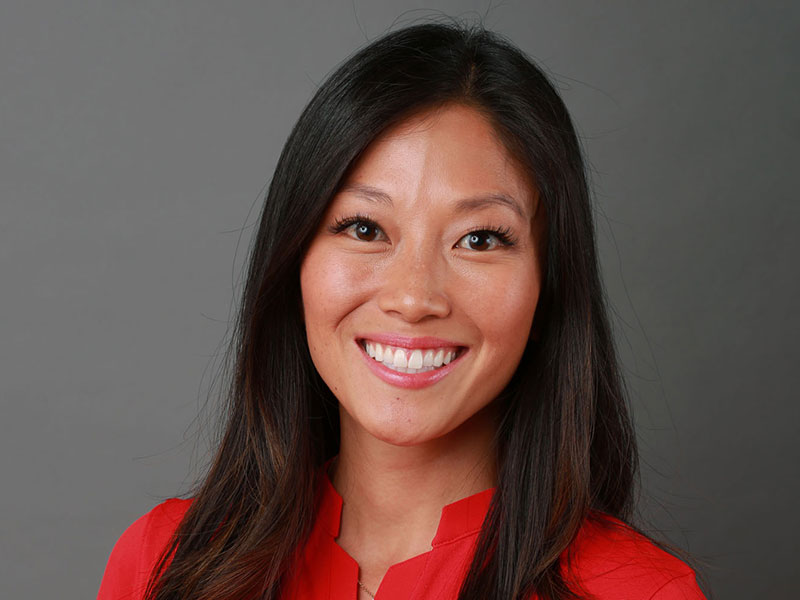 Malia Shoji enters her eighth season overall with the Utah volleyball program in 2021 and her fifth season as associate head coach.

She has been a part of one of the most successful stretches in program history helping guide the Utes to two Sweet 16’s in her seven seasons with the program, as well as six-straight NCAA Tournament appearances.

Last season, Utah advanced to the NCAA second round, finished 22-9 overall and placed third in the Pac-12 with a 14-6 league record. In 2020, Shoji helped guide Utah to its highest ever AVCA ranking when the Utes ranked as high as No. 7 after starting 8-0 in Pac-12 play. Utah finished the year third in the conference at 13-4.

She made the move to Salt Lake City after serving as an assistant women's coach at Western Oregon University from 2012-14.

Shoji was an assistant coach with Willamette University in 2011 and helped establish the Capital City Elite Volleyball Club, serving as the director of business operations. Shoji was the lead coach for the Gold Medal Squared Volleyball Camps (2012-14), and has also been a head coach at the junior varsity and club levels.

Shoji played collegiately at Irvine Valley College from 2005-07. Malia's father, Tom, has been an NCAA volleyball coach for more than 30 years. Her uncle, Dave, currently ranks second in NCAA in career wins after 40 years at Hawai'i.

Will Stanley joins the staff full-time for the 2022 season after previously serving as Utah's volunteer assistant coach in 2021.

A two-time All-American setter, Stanley played at BYU from 2017-21. The Honolulu, Hawaii native ranked No. 3 in the MPSF and No. 9 in the NCAA in assists per set in 2021, leading the Cougars with 790 assists. He was a first-team All-American selection and first-team MPSF honoree. Additionally, Stanley was named to the NCAA All-Tournament team after guiding BYU to the championship match.

He earned first team All-American honors and All-MPSF honors during the shortened 2020 season after posting a team-high 655 assists and finishing second on the squad with 107 digs. Stanley ranked third among all setters in the NCAA at 10.74 assists per set. He was on track to have a stellar junior year campaign in 2019, starting the first 13 matches and totaling a team-high 438 assists before the injury sidelined him. He had topped the 50-plus mark for assists on three occasions and 30-plus assists in seven of the 13 matches.

Stanley graduated from BYU in 2021 with a bachelor’s degree in psychology and was a four-time MPSF All-Academic honoree.

Former Utah standout Brenda Whicker is in her fifth season as the beach volleyball head coach for the Utes.

Following a decorated indoor career at Utah from 1994-97, Whicker has played beach volleyball for over 20 years. One of the top players in the state and the region, Whicker played on the beach circuit from 2009-10 and qualified for the 2013 AVP Tournament in Salt Lake City. She has conducted beach volleyball camps and clinics for the last five years.

Whicker is one of just five Ute indoor players who have registered 1,000 kills and 1,000 digs during their careers. She ranks third all-time with 1,565 career kills and fourth overall with 1,313 career digs. She is the program's all-time leader with 161 career service aces. 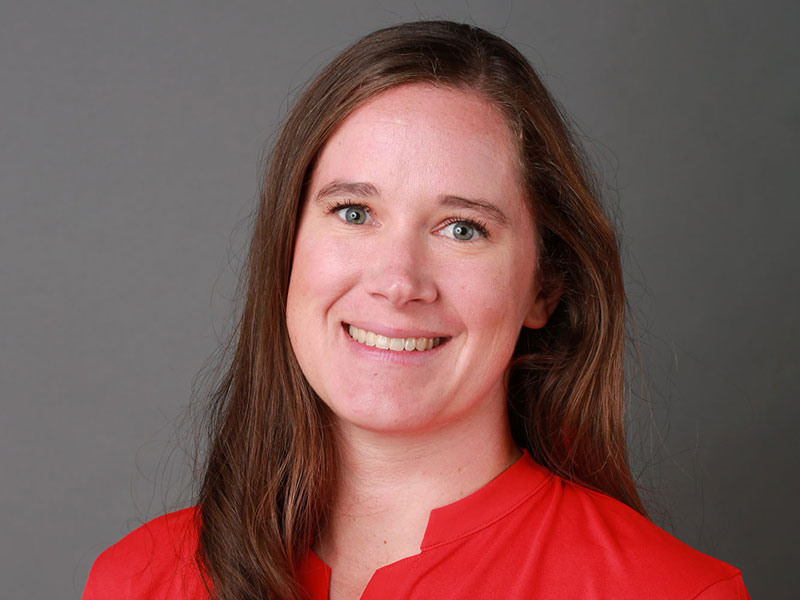 Director of Alumni and Community Relations 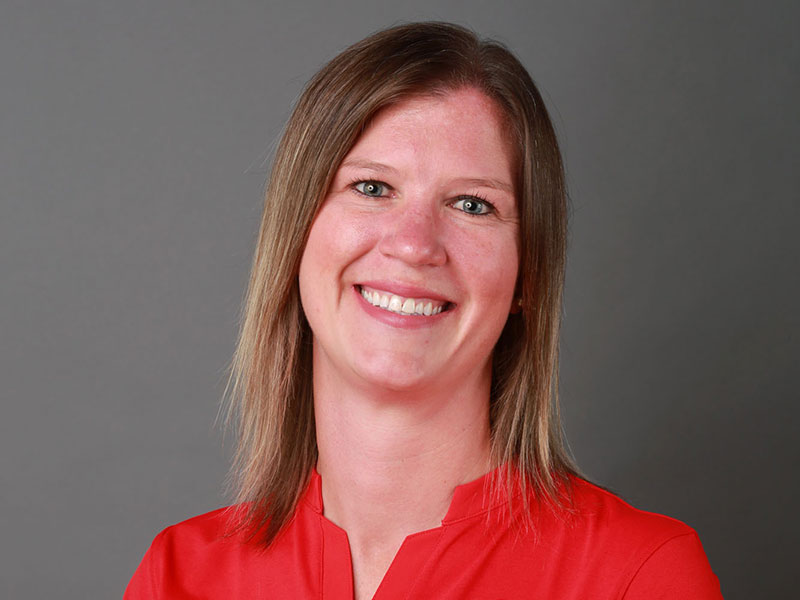 Utah volleyball has 855 wins overall and 383 conference victories in its history entering the 2022 season.

18 NCAA Tournament berths, advancing to the second round 14 times

Kim Turner was the first in school history to earn All-America honors, landing on the Third Team in 2003. Whitney Webb (2006) and Lori Baird (2008) were also AVCA Third Team All-Americans.


Utah Volleyball utilizes some of the finest facilities in the nation. 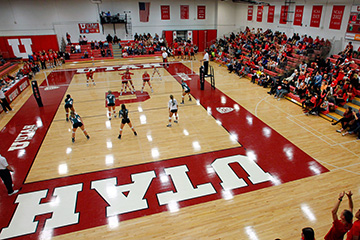