Utah returns three players who earned post-season accolades for 2022 as it looks to make a return to the NCAA Tournament.

Haley Denning was named to the NFCA All-Region first team and All-Pac-12 second team. Denning startied all 55 games either in the outfield or at shortstop, and led the Pac-12 in hits (75) and stolen bases (31), ranking 5th and tied for 11th, respectively, in the nation in those two categories. She also led the Utes in batting average (.391), runs (46), triples (5) and multi-hit games (23). Denning's five triples ranked 15th in the NCAA. 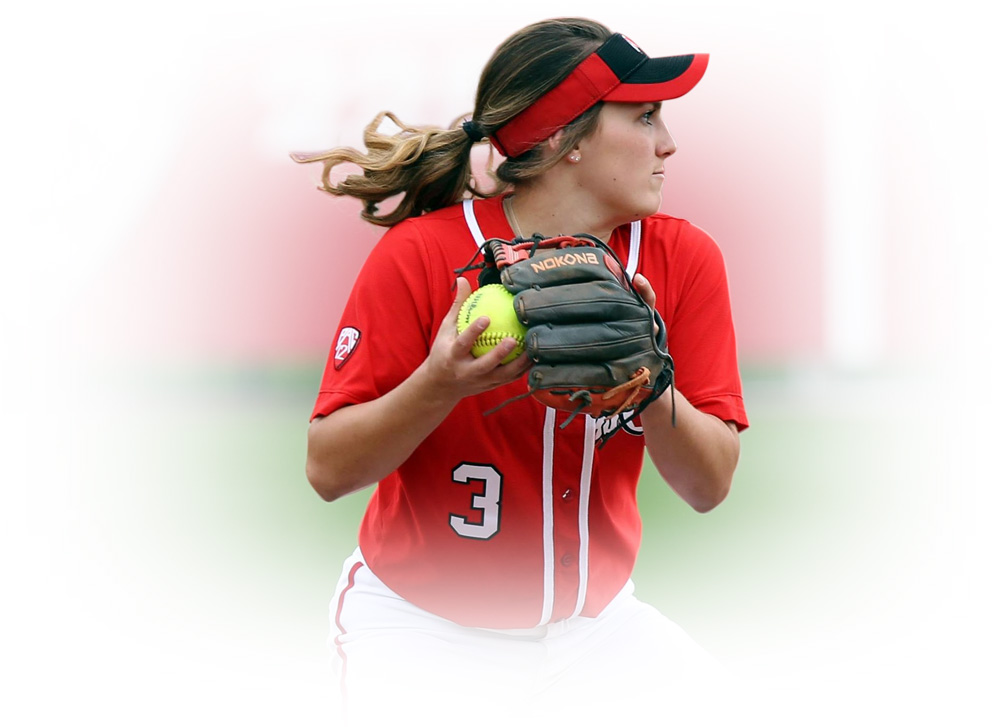 
Halle Morris was named to the NFCA All-Region third team. Morris proved to be one of the Utes’ most versatile and indispensable players in 2021, playing both third and first base, serving as the DH, and providing solid pitching as both a starter and reliever. 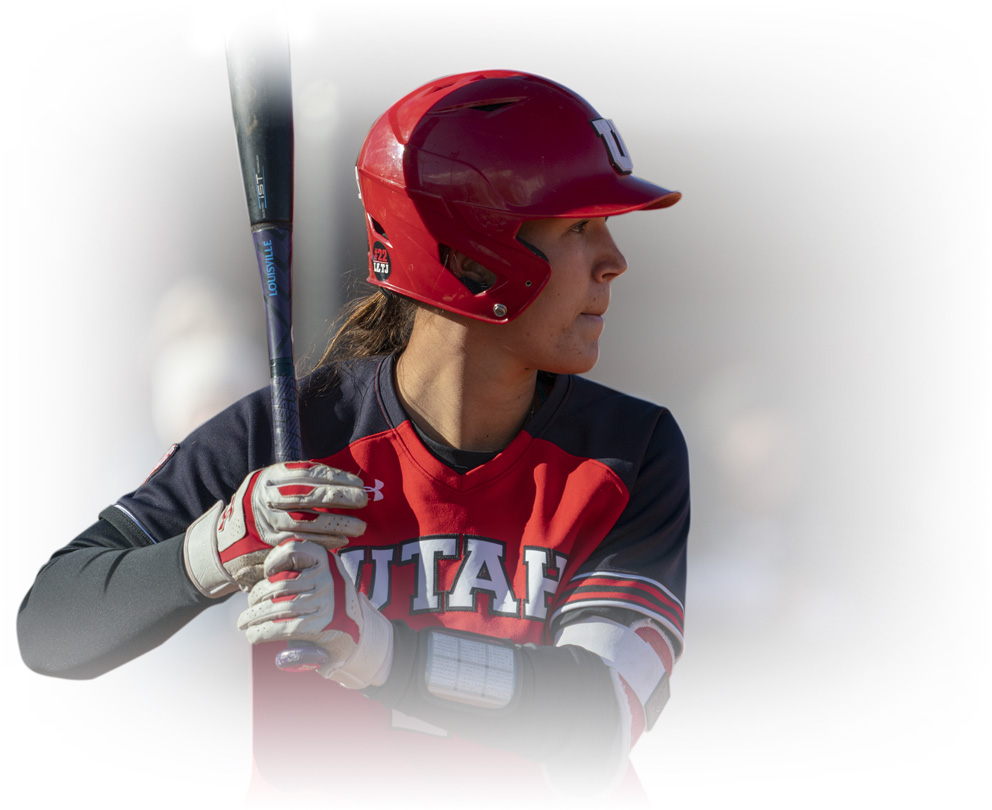 
Her 36 appearances in the circle were the most of any pitcher, and she produced the lowest ERA among all of Utah pitchers (4.20), with 34 strikeouts in 86.2 innings pitched. She had a record of 4-4 and pitched one complete game. At the plate, Morris hit five doubles and four home runs among her 29 hits and drove in 24 runs, fourth-most on the team.

Infielder Ellesa Bonstrom earned third team All-Pac-12 honors. She led the Utes and ranked fifth in the Pac-12 with a career-high 14 home runs—the most by a Utah player in a single season since 2009. She also led the team in RBI (42) and slugging percentage (.623), and hit five doubles and one triple among her 37 hits on the season. Her 37 runs scored and 22 walks rank second among Utah players. 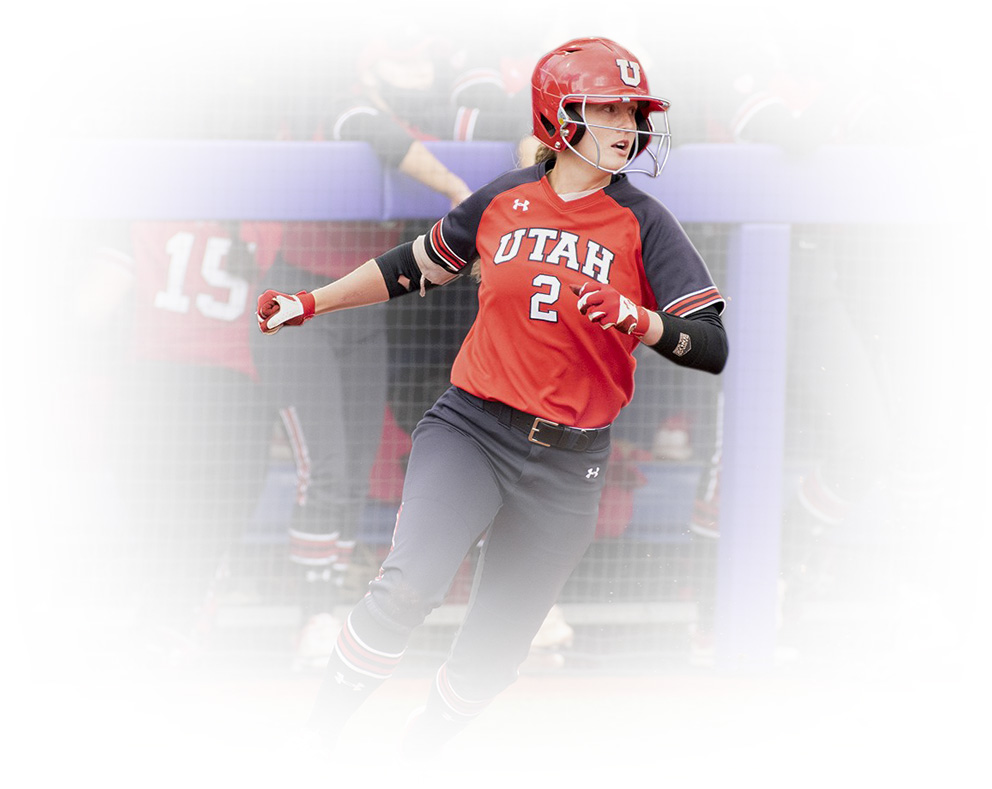 Katie Faulk will return to the team in 2022 to play her final season as a "super senior." She is a three-year starter at catcher and has 10 career home runs. Faulk played in 54 of Utah's 55 games in 2021 and had four multi-hit games.

Madi Jacobus had the second-best batting average on the team of .339 and was third with 26 RBI in just 36 games. She also had four home runs and two doubles. Jordyn Gasper made 36 starts and hit .252 with a pair of home runs and 14 RBI.

The Utes have added transfer infielder Julia Jimenez, who spent the past two seasons at Michigan. The Fontana, Calif., native earned second team All-Big Ten honors in last year and has three seasons of eligibility remaining. She started all 46 games for the Wolverines in 2021 (37 at second base, nine at third base) and batted .293 while ranking fourth on the team in most major offensive categories, including hits (41), home runs (4) and RBI (20).

The top three pitchers from last season return. In addition to Morris, Sydney Sandez led the team with 117.2 innings pitched, logging a 12-11 record and a 4.40 earned run average. She had 56 strikeouts and 29 walks. Mariah Lopez had the second-most innings pitched with 94.1 and led the Utes with 66 strikeouts. She had a 5-13 record with a 5.12 ERA.

Utah has also added graduate transfer pitcher Shi Smith from Seattle University. Smith earned first-team All-WAC honors in 2021 and has one season of eligibility to play for the Utes. She has made 50 career starts among her 111 appearances, and has amassed a record of 34-21 with 11 saves and an ERA of 2.85. 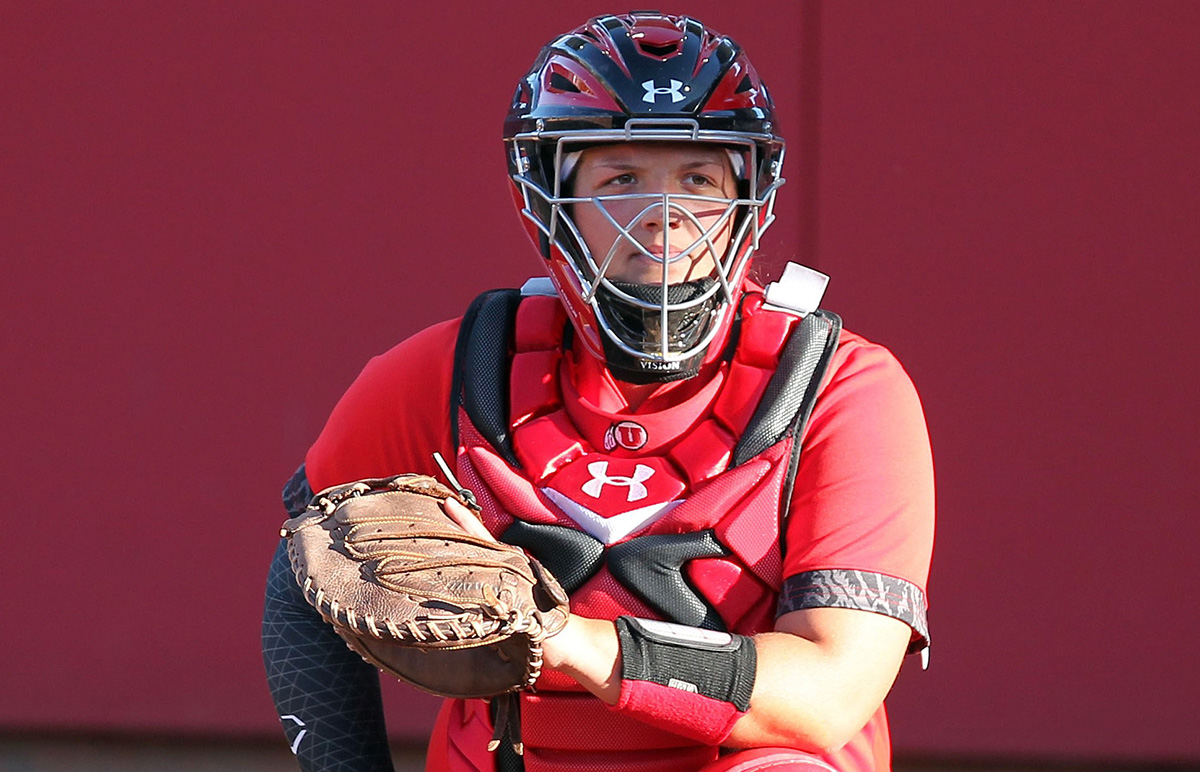 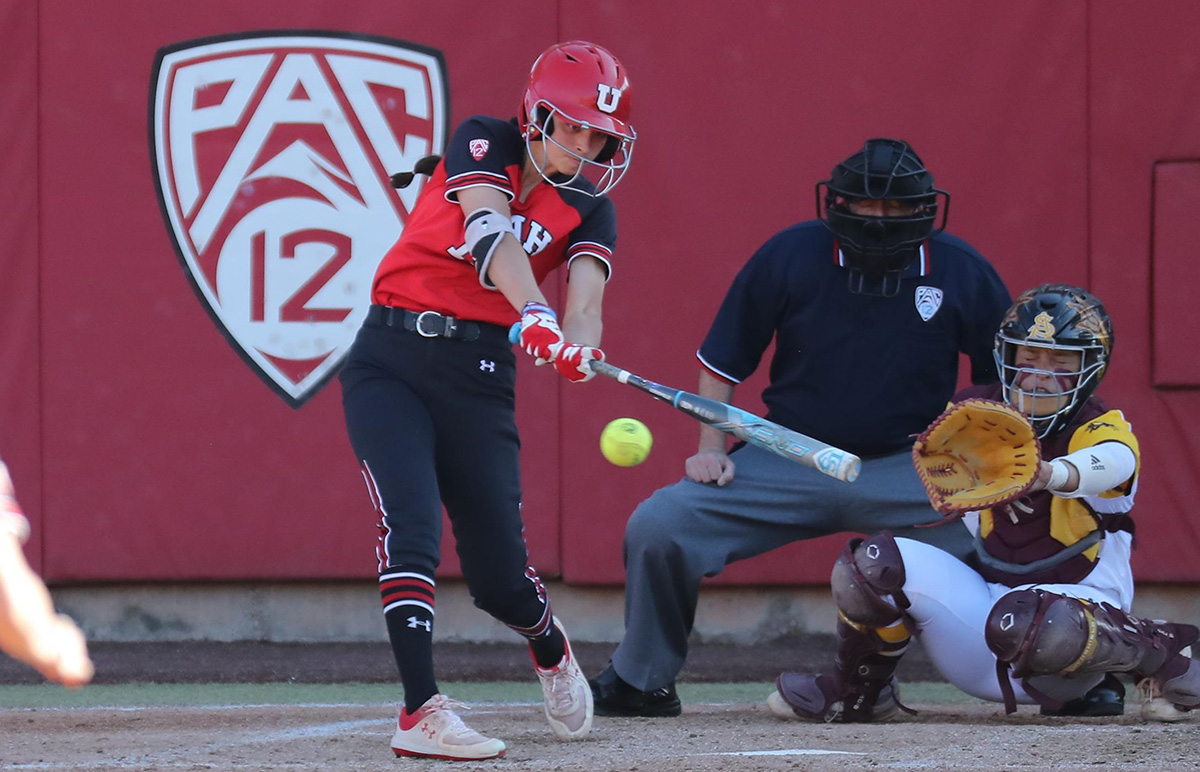 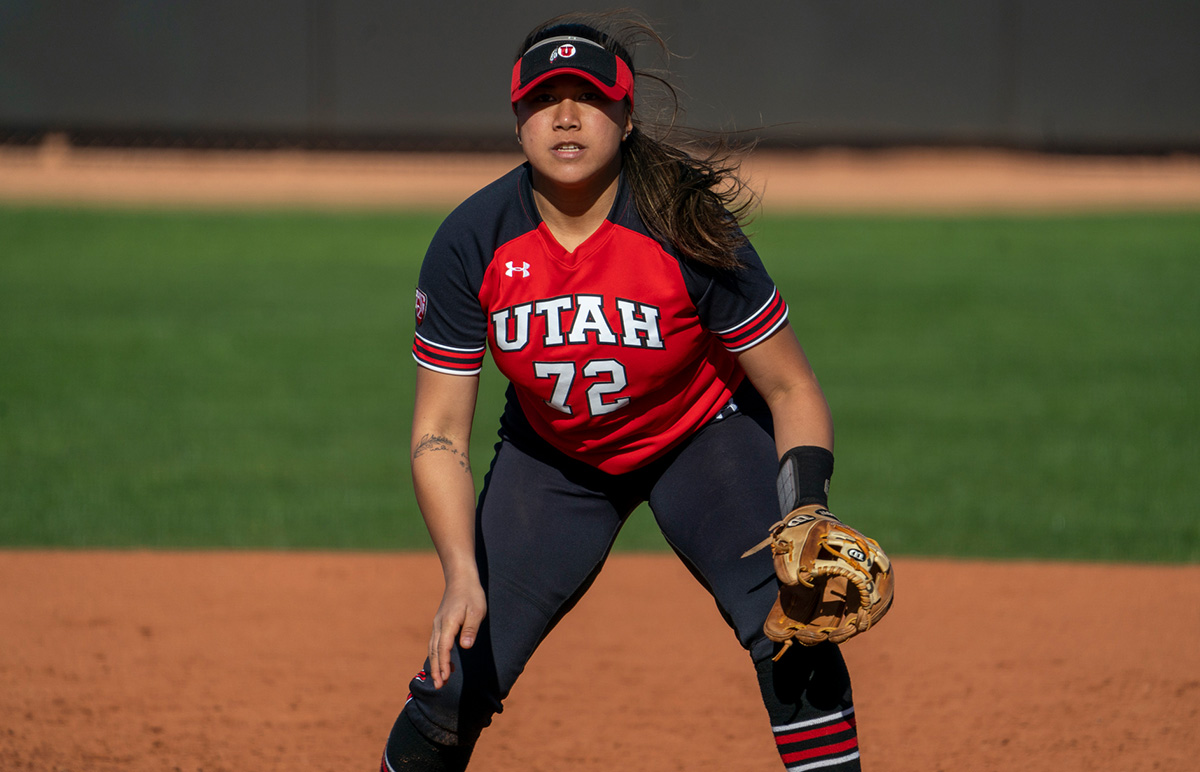 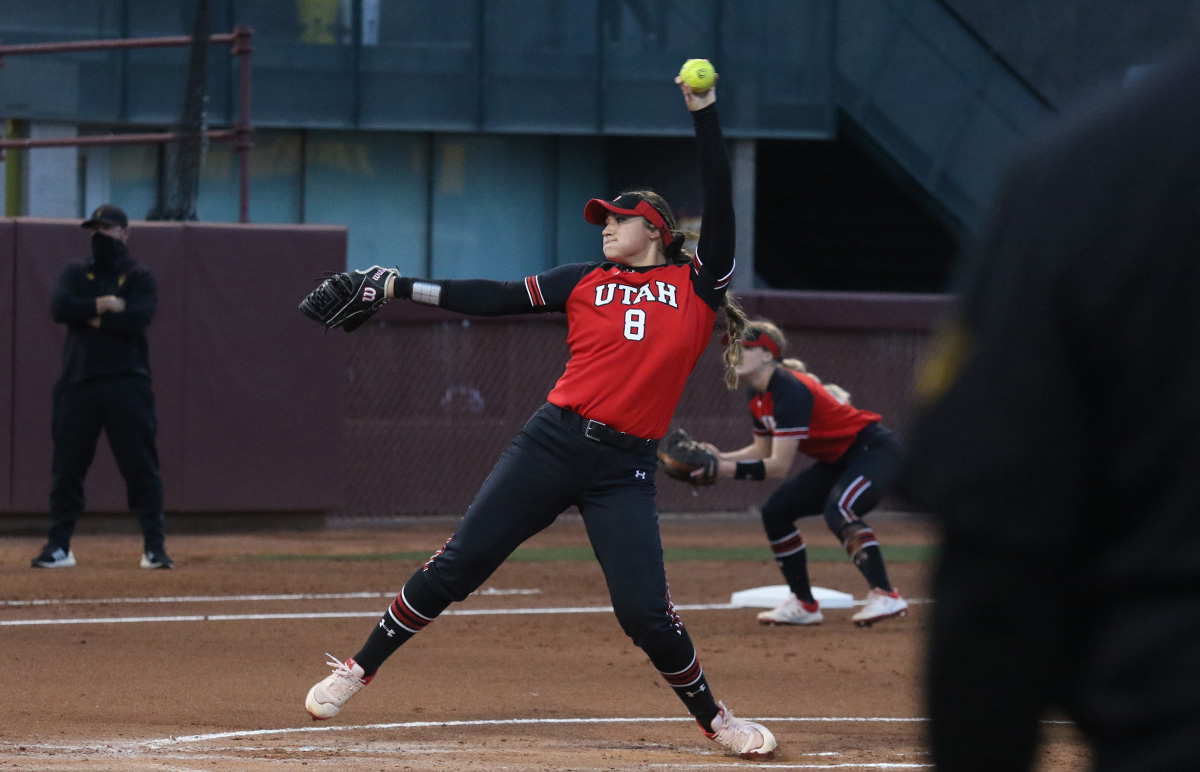 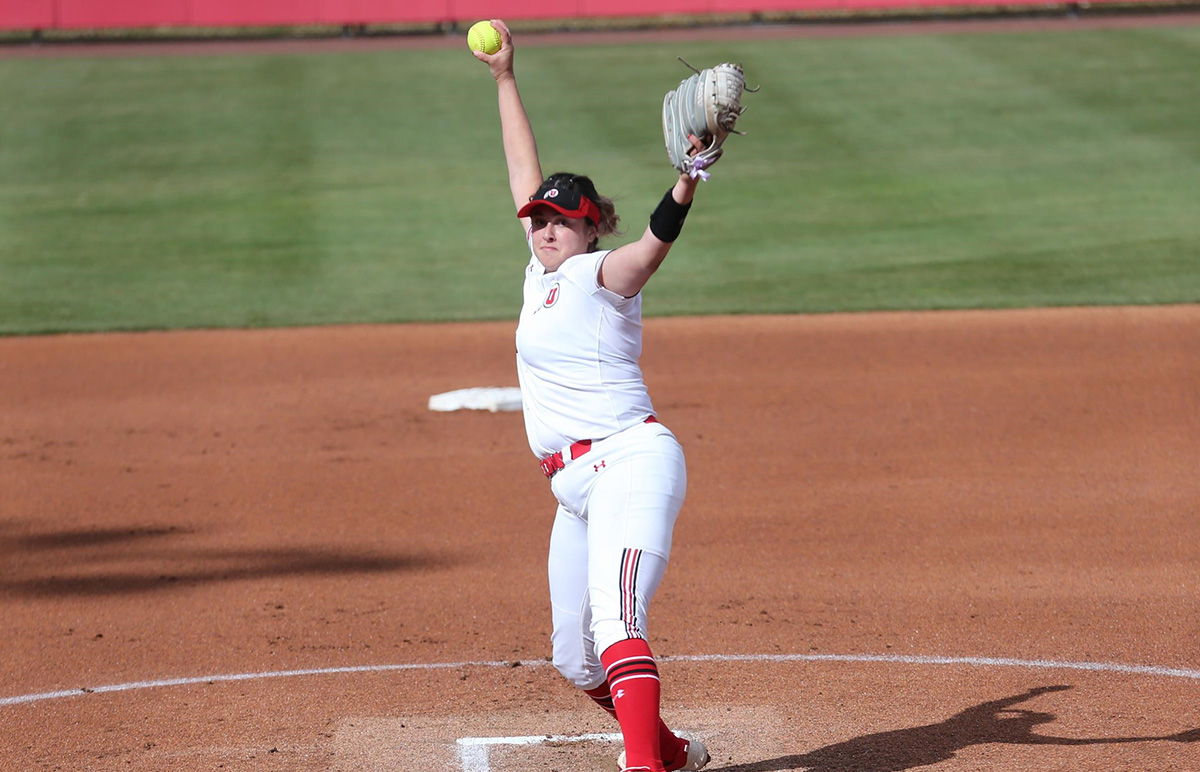 A pair of former Utes played in the 2020 Summer Olympics in Tokyo, while two others have played on the International level in recent years.

Hannah Flippen was named to the USA Softball roster in the fall of 2019 continued with them to the 2020 Olympics. Team USA captured the silver medal after falling to Japan in the final. Over her career with USA Softball, Flippen has also earned gold at the 2017 Pan American Championship, silver at the 2017 World Cup of Softball, and bronze at the 2018 USA Softball International Cup.

Anissa Urtez was the starting shortstop for fourth-place Team Mexico in the 2020 Summer Games. She helped lead her country to its first Olympic tournament by winning the World Baseball Softball Confederation Americas qualifier in 2019. Urtez hit the first home run in Team Mexico Olympics history against Japan in her second game.

Alyssa Barrera, a two-time All-Pac-12 outfielder who concluded her Utah career in 2021, was a starter for the Mexican National Team in 2019. Aubrey Peterson was a starter for Great Britain at the 2017 Women's Softball European Championship. 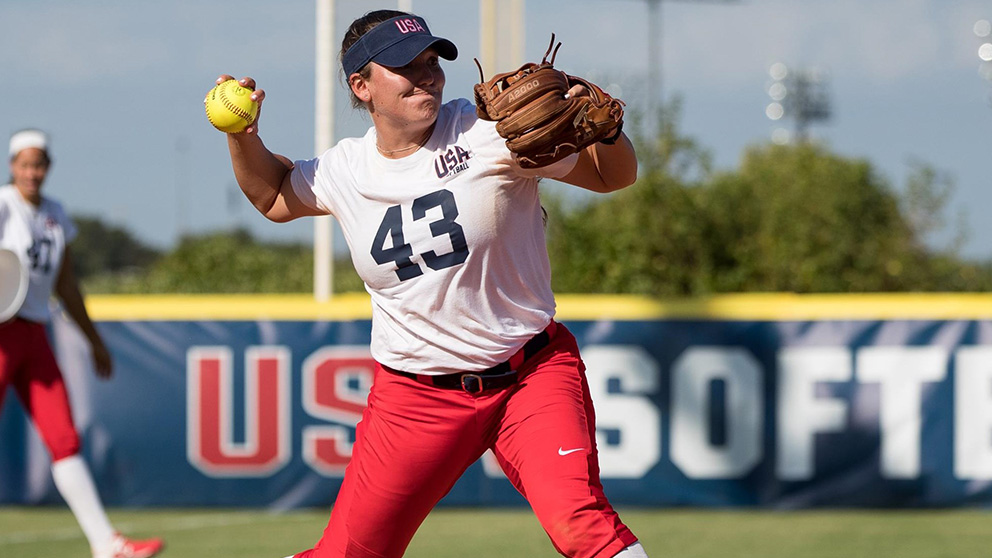 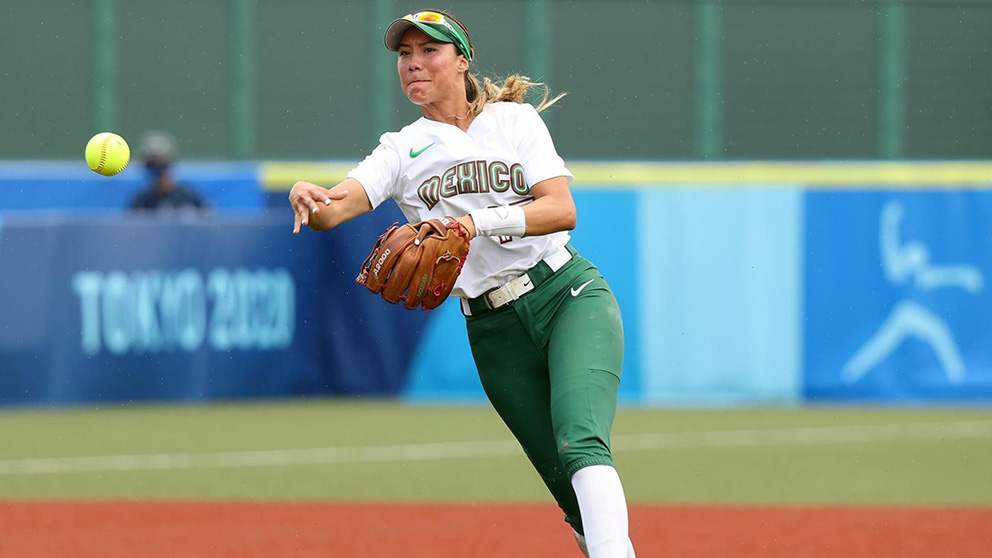 Anissa Urtez helped lead Mexico to a fourth-place showing in Tokyo as the starting shortstop.

Amy Hogue is in her 15th season as head coach at her alma mater in 2022, and her 23rd season affiliated with the Utah Softball program.

She led the Utes to three-straight NCAA Tournament berths beginning in 2015, including back-to-back Super Regionals for the first time in program history in 2016 and 2017. Utah was off to a great start before the 2020 season was cancelled, climbing to No. 21 in the polls with a 14-4 record.

Hogue got her start in coaching as Utah's graduate assistant coach from 1994-95. As a player from 1991-94, she helped the Utes win two conference titles and make two College World Series appearances. She captained the 1994 squad that tallied a school-record 51 wins, earning Western Athletic Conference Player of the Year, first team all-region and second team All-America honors along the way. She was a three-time All-WAC honoree.

Hogue graduated from Utah in 1994 with a sociology degree and earned a Master's in social work in 1996. The Sandy, Utah, native has three children, Brennan, Kai and Tessa. 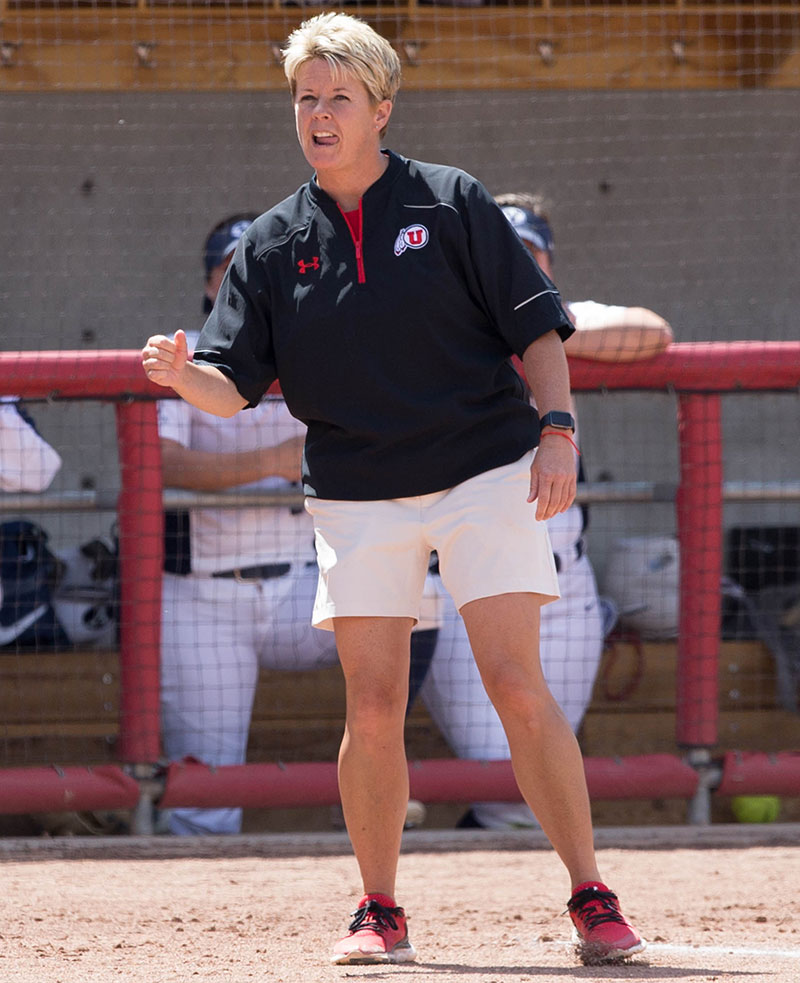 DJ Gasso is in his second season at Utah after spending the previous two seasons as a graduate assistant at Oklahoma. In his two seasons on the staff the Sooners were national runners-up in 2019 and ranked No. 4 in the nation when the 2020 season was halted.

A Norman, Okla., native, Gasso earned his bachelor’s degree in communication in 2017 from Bradley University, where he spent two seasons (2016, '17) as a standout baseball player following one year at Hutchinson Community College in Hutchinson, Kan.

The infielder excelled in the classroom, earning 2016 MVC Honorable Mention Scholar-Athlete recognition, and was a two-time MVC Honor Roll and four-time Athletics Director's Honor Roll selection. Gasso finished his collegiate baseball playing career at the University of Central Oklahoma in 2018, hitting .303 as a senior.

After beginning his postgraduate work at UCO, Gasso completed his master's degree in intercollegiate athletics administration at OU. A graduate of Norman (Okla.) High School, Gasso is the son of Oklahoma head coach Patty Gasso and the brother of Oklahoma assistant coach JT Gasso.

Paige Parker is in her first year as the pitching coach at Utah after spending the previous season on the coaching staff at Tulsa. She was a two-time national champion pitcher during her playing career at Oklahoma.

Parker guided her Tulsa staff to a record of 25-16, as three Tulsa pitchers finished the season with winning records and sub-3.30 ERAs. Prior to her one-year stint at Tulsa, Bennett spent one season at her alma mater, Oklahoma, as a volunteer assistant. During her season with the Sooners, Oklahoma was 20-4 before the season was cut short due to the pandemic, following one year serving as an assistant coach at William Jewel.

During her extraordinary career at OU, she was named Big 12 Pitcher of the Year and All-Big 12 First Team four times, 2016 Female Athlete of the Year and 2015 Big 12 Freshman of the Year. Parker was vital in leading the Sooners to three consecutive appearances in the NCAA Division I Women's College World Series and a pair of NCAA titles. The pitcher earned All-Tournament team selections in each of the three appearances.

The Independence, Mo., native played one season with the USSSA Pride in the National Pro Fastpitch league. She helped lead the Pride to the 2018 Cowles Cup Championship, taking home the title.

Parker graduated from Oklahoma with her undergraduate degree in Arts and Sciences with Distinction with an emphasis in Coach and Leadership in 2018.

Two-time All-American Allexis “Chip” Bennett is in her first season at Utah as a volunteer assistant coach.

A four-time All-Pac-12 honoree at UCLA (2013-16), Bennett most recently served as an assistant coach at J Serra Catholic High School in San Juan Capistrano, Calif., and operates her own business conducting hitting and fielding lessons. Bennett also worked as an understudy for the owner of the Orange County Batbusters travel ball organization, helping to develop youth athletes on several teams, focusing on her unique ability to effectively train outfielders.

Bennett has played four seasons professionally since being drafted eighth overall in the 2016 NPF Draft by the Pennsylvania Rebellion before joining the Scrapyard Dawgs for the 2017 season. She played for the USSA Pride from 2018-20, and was a winner of the NPF Cowles Cup twice before joining the Pride, and again in 2019 with the Pride. Bennett was a 2017 Rawlings Gold Glove nominee and a two-time All-NPF selection (2017, ’19).

For her career, Bennett had 259 hits, including 25 doubles, six triples and one home run; drove in 70 runs, had 61 walks, stole 61 bases in 78 attempts and had a .473 on-base percentage. A 2016 graduate of UCLA, Bennett earned her bachelor’s degree in political science.

The Utah softball program has 1,301 wins overall and 365 conference victories in its history.

16 NCAA Tournament berths, including Super Regionals in 2016 and '17

One trip to the AIAW World Series and five AIAW Regionals

Hannah Flippen was a three-time All-American, two-time Academic All-American, four-time All-Pac-12 honoree, and a two-time Pac-12 Player of the Year—all firsts in the program's history. In addition to earning first team All-America honors in 2017, she was named a second team in 2014 and third team in 2016.

Utah has produced 19 All-Pac-12 selections since entering the conference 10 seasons ago. In addition to the eight first-team, nine second-team and two third-team selections, Utah also has had 14 honorable mention players recognized.

Katie Donovan was named the 2018 Pac-12 Scholar Athlete of the Year, becoming the first Ute softball player to earn this award.

Two-Time Pac-12 Player of the Year 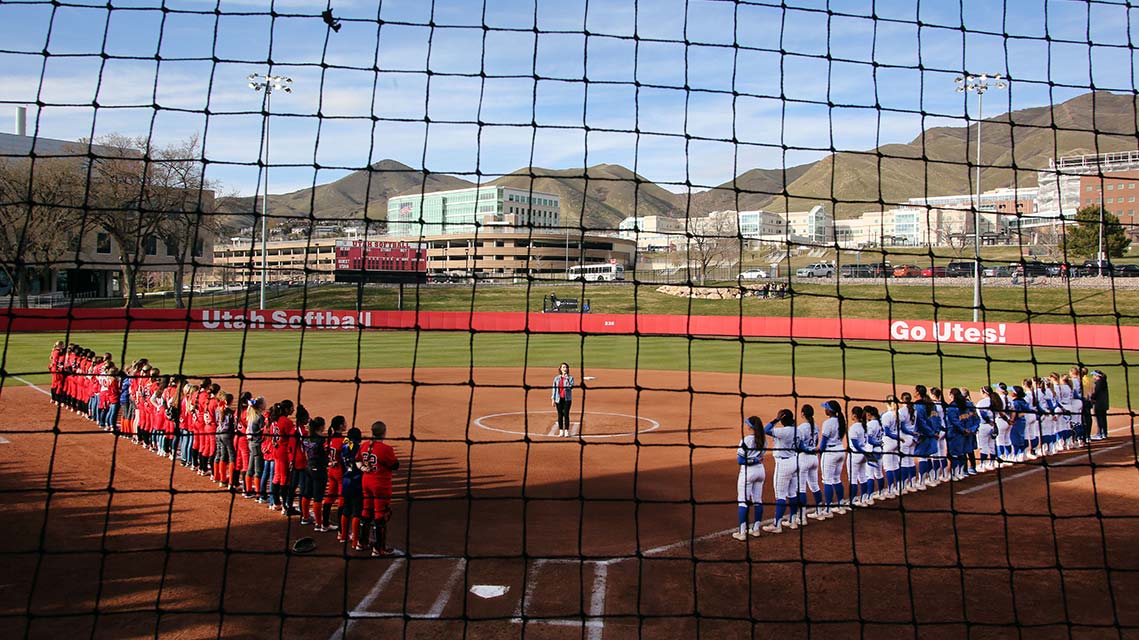