Utah won its third straight NCAA Championship and fourth in the past five competitions in front of its home fans at Park City Mountain Resort and Soldier Hollow in early March. It was the program’s 15th national title.

The Utes finished with 578 points, outdistancing second-place Vermont by 66.5 points. Utah’s Nordic teams were dominant, scoring a combined 321.5 points over four events, led by the women’s team, which recorded 102.5 points in the 5K classic and 100 points in the 15K freestyle.

Novie McCabe won the women’s 5K classic, crushing the field by more than 13 seconds. It was her first NCAA title. Sophia Laukli tied for runner-up honors. The duo flipped positions during the 15K freestyle on the final day as Laukli took first place by slightly more than 26 seconds. It was Laukli's first NCAA individual championship and gave her three first team All-America honors for her career.

McCabe, who was named 2022 National Women's Nordic Skier of the Year, raised her tally to four career first team All-America honors. The sophomore from Winthrop, Wash., was part of the U.S. cross-country 4x5km relay team that took sixth at the 2022 Winter Olympics. Laukli, a junior from Yarmouth, Maine, also took part in the Beijing Winter Games, where she placed 15th in the 30K freestyle for Team USA.

Sydney Palmer-Leger tied for sixth place in the 5K and placed eighth in the 15K at nationals. The sophomore from Park City won both NCAA races last year and is now a four-time All-American. She was named 2021 National Nordic Skier of the Year and also was among the Utes in Lygna, Norway in February for the 2022 FIS Junior World Championships.

Junior Samuel Hendry placed second in the men's 20K freestyle to earn his fourth career top-three finish in an NCAA Championships race. His performance, along with a 12th-place finish by graduate student Bjørn Riksaasen and 14th-place by junior Luke Jager, helped the Utes to a second-place team finish in the race, just five points behind team winner Vermont.

Hendry represented Canada in February at the U23 World Championships, where he finished 15th in the 15K classic. Jager competed in the 2022 Winter Olympics, taking the first leg of the eventual ninth-place USA men’s 4x10km relay.

Gustav Vøllo was the runner-up in both the giant slalom and the slalom at NCAAs. Both days he recorded the second-best time in the late run to move into the silver-medalist position. Vøllo now owns three career All-America honors. Joachim Lien was sixth in GS and eighth in the slalom for second team All-America honors in both races, bringing his total of All-American awards to five.


Connect with the Utes on Social Media 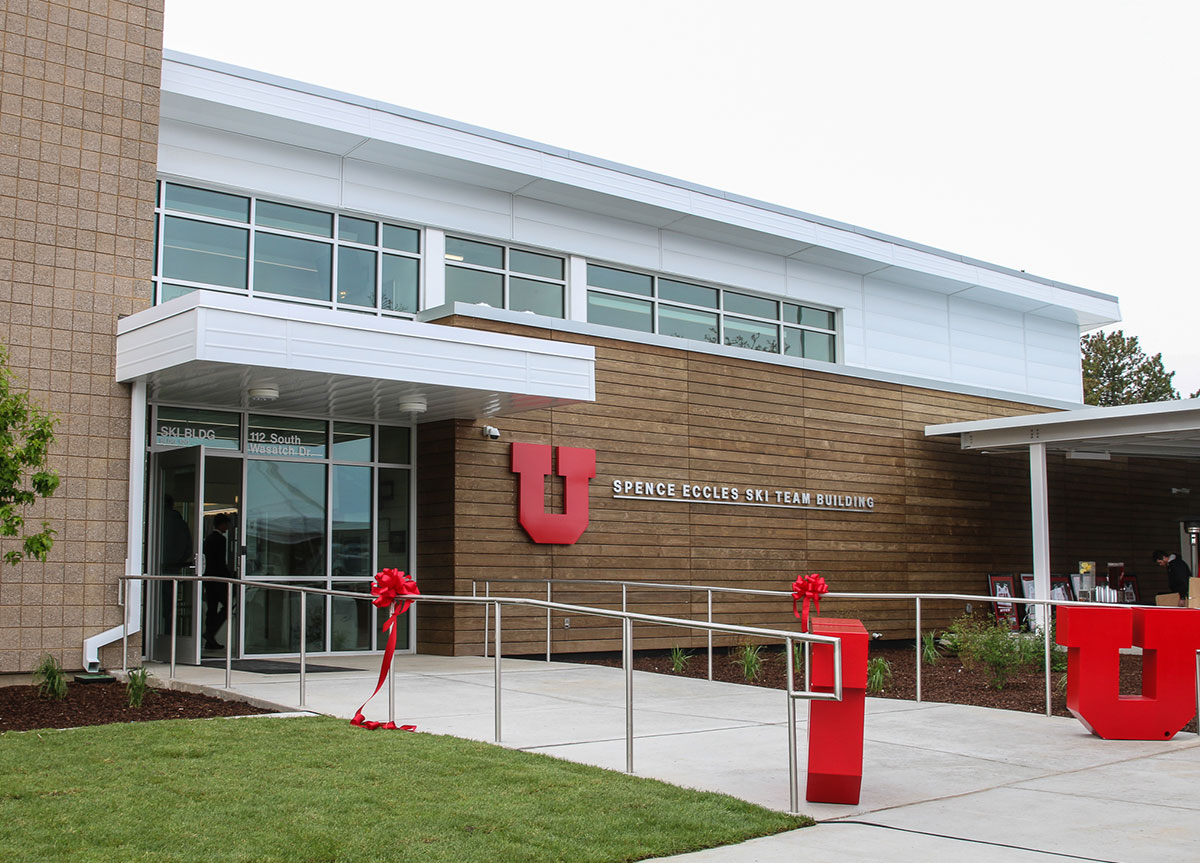 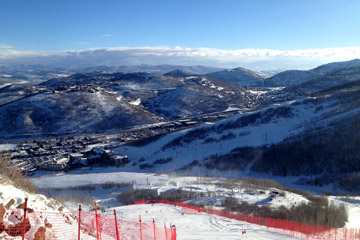 Veteran college ski coach Fredrik Landstedt has completed four highly-successful seasons as the Director of Skiing at Utah after taking over the program in July 2018. Landstedt has won three NCAA Championships at Utah in 2019, 2021 and 2022. His team was in first place when the 2020 event was cancelled at the midway point due to COVID-19. He also coached New Mexico to the NCAA title in 2004 and Colorado in 1995.

This past year, Utah scored 578 points at the NCAA Championships, outdistancing second-place Vermont by 66.5 points. Sophia Laukli and Novie McCabe captured women’s NCAA Nordic titles. For the second straight year, the Utes won every meet during the season, including the RMISA Championships. In 2021, Sydney Palmer-Leger won both the women’s 5-km and 15-km events.

Landstedt led Utah to the 2019 NCAA Championship in his first season at the helm. Julia Richter won the NCAA title in the 5-km freestyle and eight skiers combined for 12 All-America honors with five podium finishes at the meet.

Julie Mohagen was named to the 2019 CoSIDA Academic All-America Division I At-Large first team, marking the 11th time Landstedt has had a student-athlete on the team with eight of those being first-team selections.

Landstedt coached seven student-athletes to individual NCAA Championships. Under Landstedt, 34 Nordic skiers and 19 alpine skiers earned All-America honors at UNM since 2008. He has coached with the U.S. Ski Team at Junior and U-23 World Championships events.

Landstedt competed at New Mexico from 1987-89, finishing fourth in men's cross country in 1987 and helping UNM finish third in the men's cross country relay. He finished 11th in cross country in 1988 and was 12th in the 20-km freestyle in 1989. Landstedt began his collegiate coaching career as a Nordic assistant coach at New Mexico while finishing his degree from 1990-91. He also coached the West Valley High School ski team in Fairbanks, Alaska, to two state titles in three seasons (1991-94). While in Alaska, he won the Tour of Anchorage 50-km ski race twice (1993-94). Landstedt was the head Nordic ski coach at Colorado for three years (1995-97).

Landstedt was a top national skier and placed in the top 10 at the U.S. National Championships eight times from 1991-93. Originally from Sollefteå, Sweden, Landstedt and his wife, Brenda, have three sons, Gabriel, Adrian and Andreas, and a daughter, Zara. 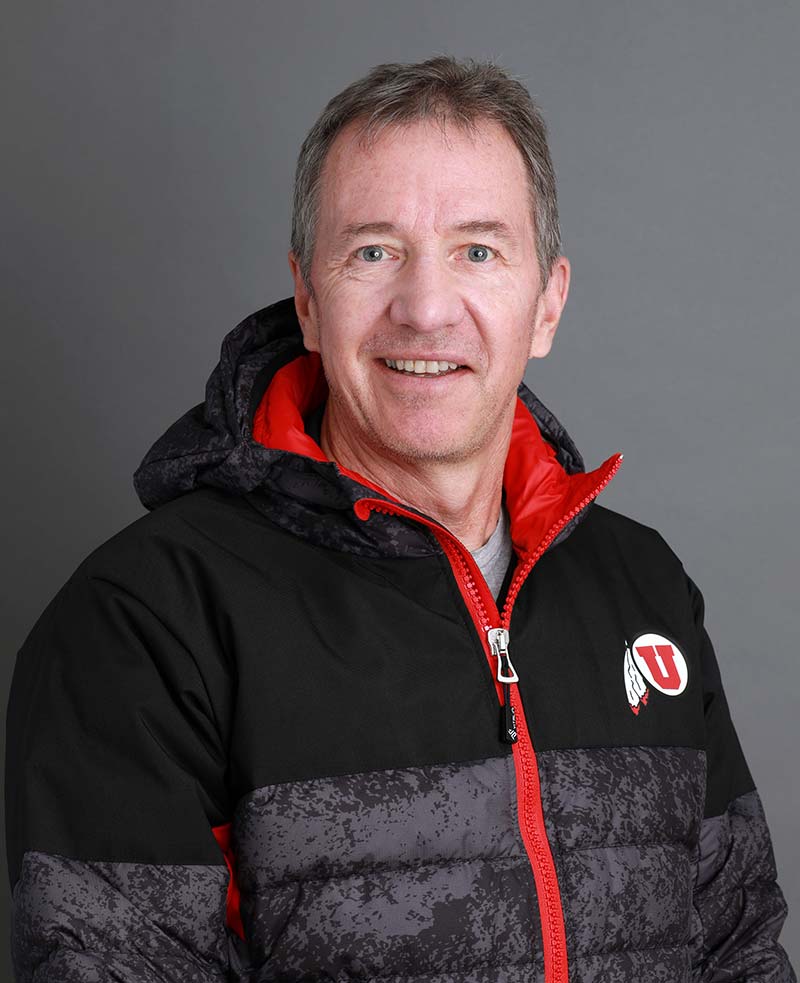 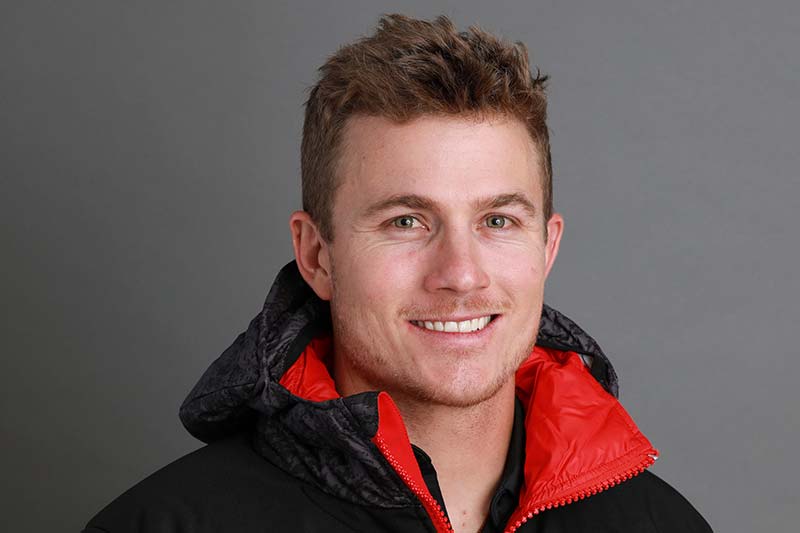 Two-time NCAA champion skier Miles Havlick is in his fourth season as the head Nordic coach of his alma mater. He was named the National Nordic Coach of the Year in both 2021 and ‘22.

Havlick claimed the 2013 20-km freestyle and the 2012 20-km classical titles with the Utes. He was a seven-time All-American during his four-year career, a three-time Ski Racing Magazine Nordic Collegiate Skier of the Year and the two-time RMISA Men's Nordic MVP.

Following his Utah career, Havlick raced professionally with the Sun Valley Ski Education Foundation Gold Team. He finished in the top 10 several times at the U.S. National Championships and competed regularly on the U.S. Super Tour and Alpen Cup. Havlick won a World Loppet 42-km freestyle marathon in Australia in 2017.

The Boulder, Colo., naive periodically volunteered with the Utah ski team, recently as an assistant coach at the 2018 NCAA Championships. 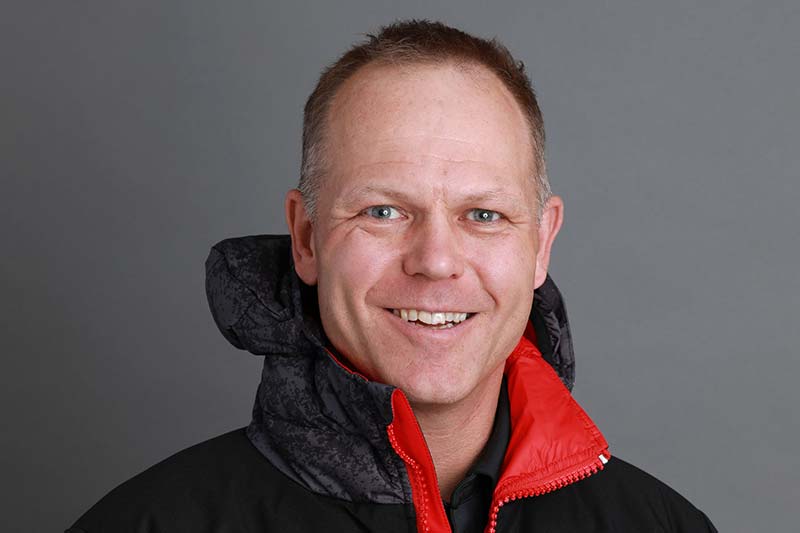 JJ Johnson, the RMISA Alpine Coach of the Year in 2019 and 2022, has been Utah's head alpine coach the past four years. He previously coached with the U.S. Ski Team.

At the 2022 NCAA Championships, Utah had the most alpine points in the team standings (256.5) as well as seven alpine All-America accolades. Gustav Vøllo was the individual runner-up in both men's giant slalom and slalom. Johnson coached three skiers to All-America honors in 2021, led by Roni Remme, who finished second at NCAA's in both the women's giant slalom and slalom.

Before joining the Utes, Johnson coached with the U.S. Ski Team. He was an assistant coach with the men's development team (2014-16) before spending two years as head development coach (2016-18). He helped six athletes finish on the podium at the FIS Junior World Ski Championships with Sam Morse (2017) and Erick Arvidsson (2016) both winning world downhill titles.

He first joined the U.S. Ski Team in 2013 as the Western Region Youth Coordinator. Johnson began his coaching career with the Park City Ski Team as an assistant coach from 2010-12, coaching with its FIS and U14 skiers. He did private coaching from 2012-13.

Johnson, who is originally from Park City, lives in Wanship, Utah with his wife, Jana. 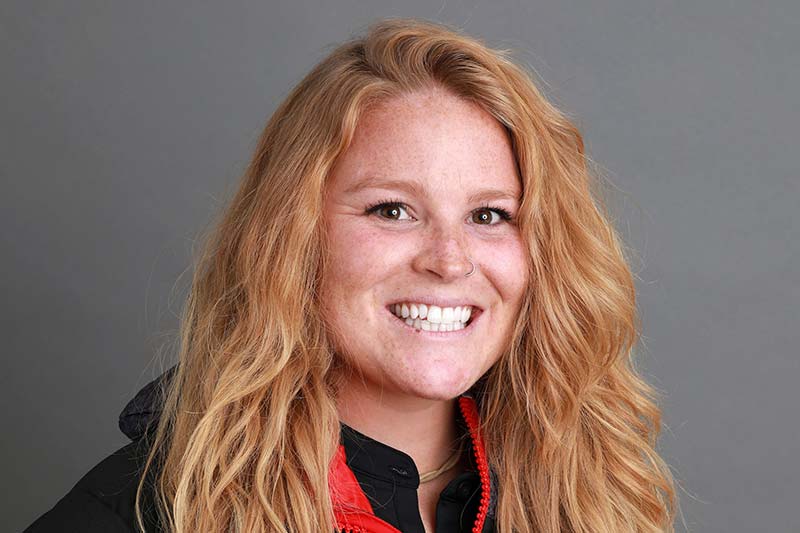 Mary Joyce is in her third season at Utah as assistant alpine coach. She has helped the Utes earn 10 All-America citations the past two years, including seven in 2022.

Joyce coached the previous three seasons at Rowmark Ski Academy as the women's assistant alpine U19-21 coach. Several of her athletes have moved on to the U.S. Ski Team and joined NCAA programs. Among the roles in which she has served include academic coordinator, sports psychology coordinator and assistant conditioning coach. Joyce has also assisted with accounting, marketing, fundraising, travel, social media and videography. Joyce recently spent time coaching at U.S. Ski and Snowboard development camp at Mammoth.

Joyce skied at Saint Michael's College from 2013-16, competing in the Eastern Intercollegiate Ski Association (EISA). She was a team captain in 2015. Joyce spent three years on the Student-Athlete Advisory Committee, including serving as chair for a 5K run to benefit the Make-A-Wish Foundation. She was also a member of the Purple Knight Leadership Academy as a senior, a program that promoted professional and personal leadership development.

Utah has claimed 14 NCAA Championships as a combined men’s and women’s program. The Ute women also won an AIAW title in 1978, bringing their total of national titles to 15.

Utah has won at least one individual title in the last 12 NCAA meets, bringing its total to 80.

Utah owns the NCAA record for the most individual championships by one school in a season with four Utes combining to win five titles in 1995.

Utah has had eight women combine for 12 Nordic national titles in its history, including four women claiming five NCAA championships since 2019.

Sydney Palmer-Leger won two NCAA titles in the women's 5-km classic and 15-km freestyle as a freshman in 2021.

Julia Richter won the NCAA title in the women's 5-km freestyle as a freshman in 2019.

On the men’s side, Martin Bergström won three NCAA championships over a two-year period in recent years, capturing the 10-km classic and 20-km freestyle in 2017 and repeating in the classic in 2018, to become the most decorated Nordic skier in school history.

Christl Hager is the only athlete to win the same event three times in Utah history, which also ties the national record. She won the giant slalom in 1994, '95 and '97.

Marvin Melville won three individual titles in 1959 (downhill, slalom and alpine) tying for the most in one year in NCAA history.

A program-record 12 current and former members of the Utah ski team represented six countries at the 2022 Winter Olympics.

Kathy Kreiner won an Olympic gold medal in the giant slalom for Canada in 1976.

A two-time Olympian, Luke Bodensteiner (1992, '94) currently serves as the Executive Vice President for Athletics for the United States Ski Association. 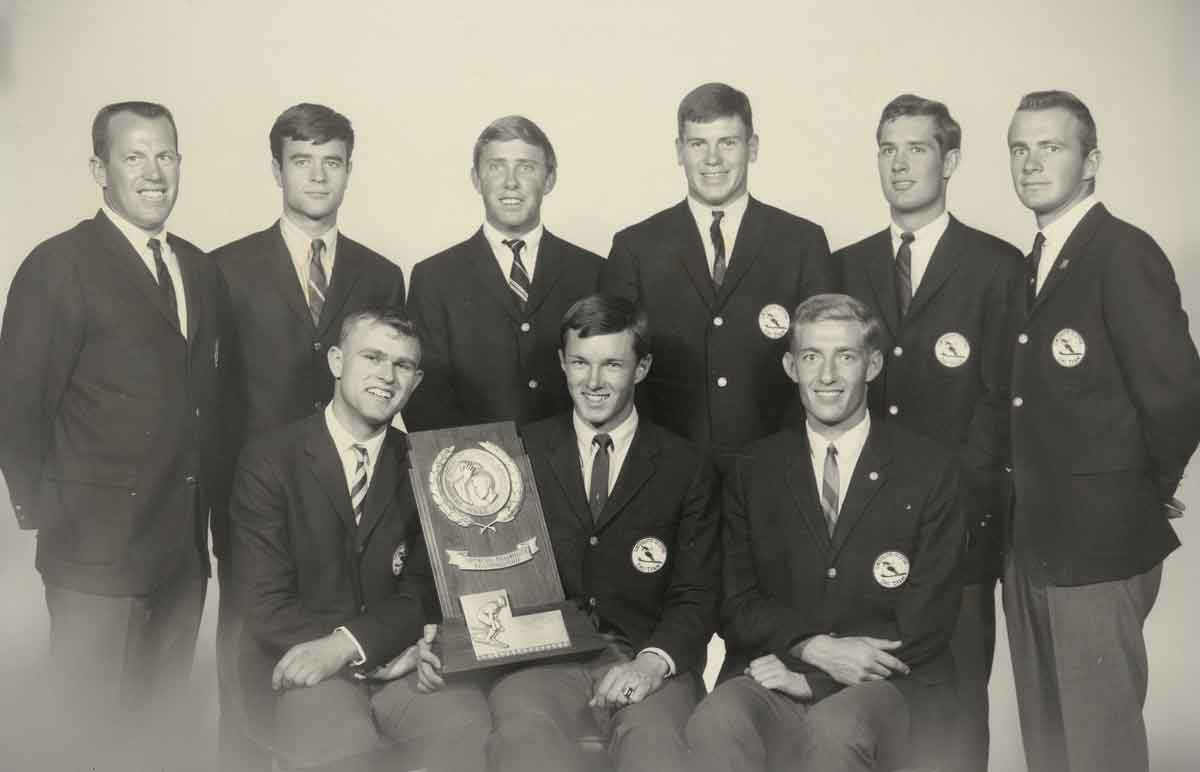 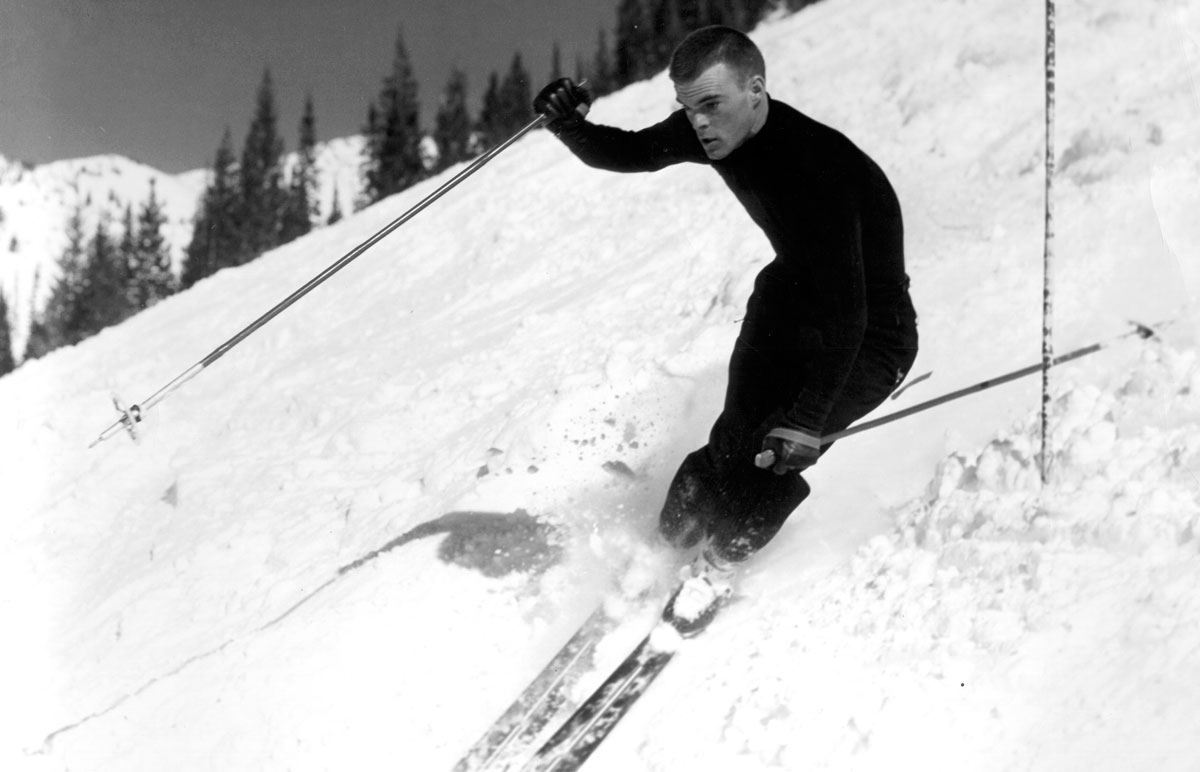 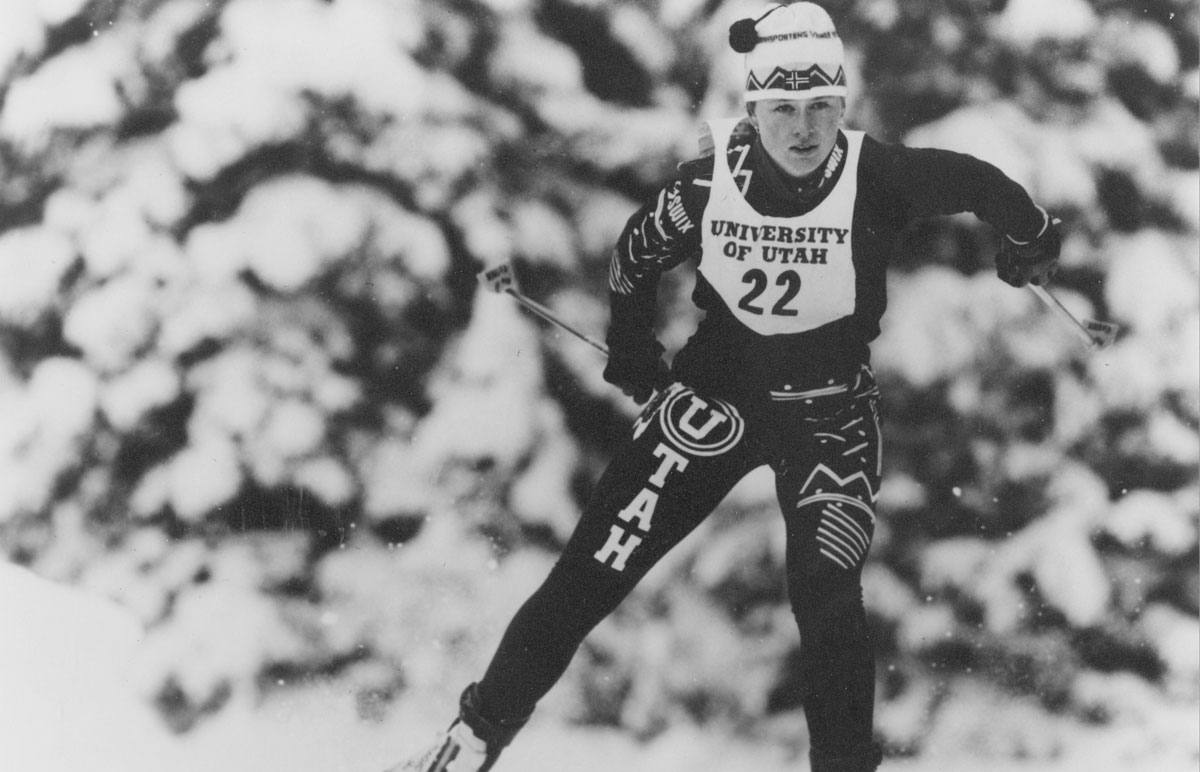 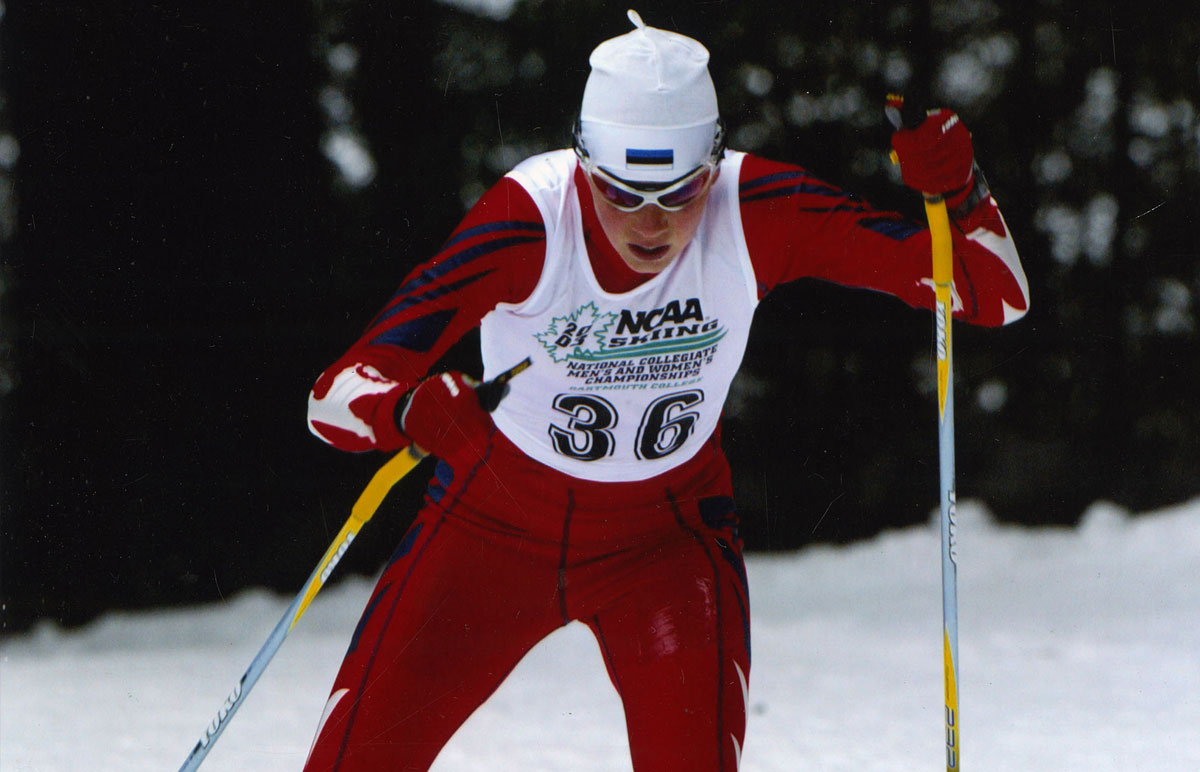 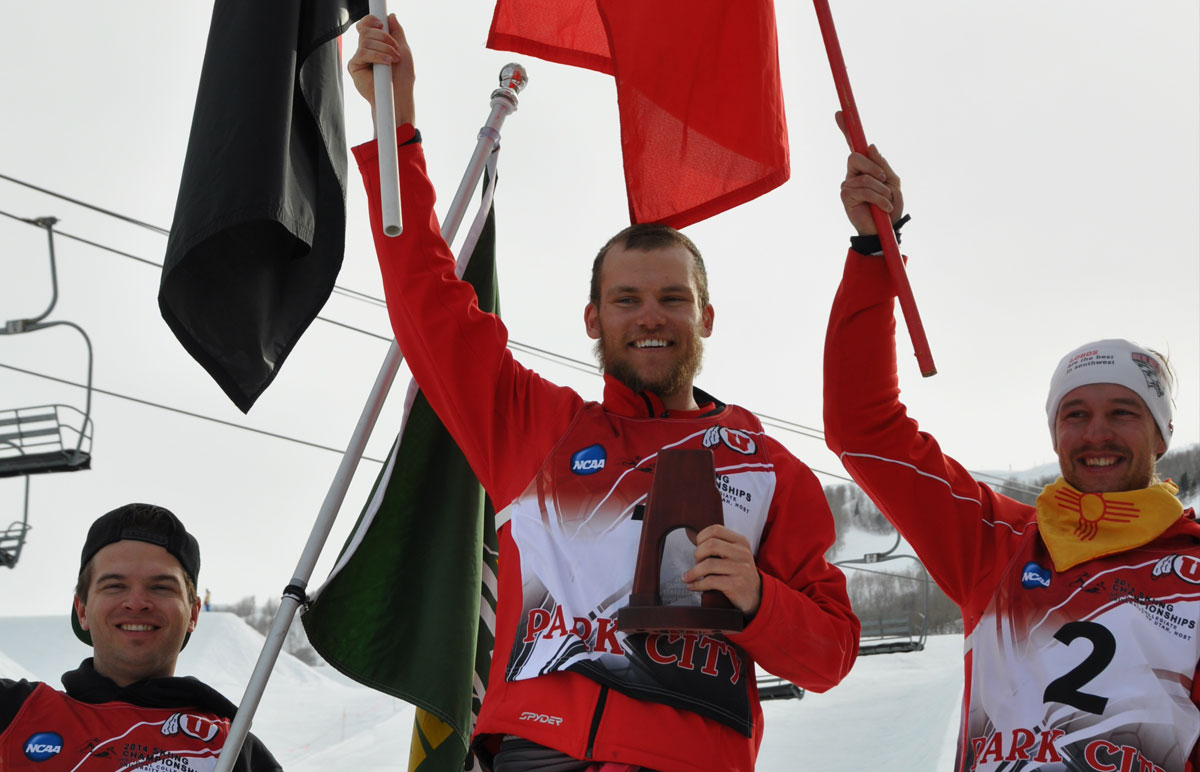 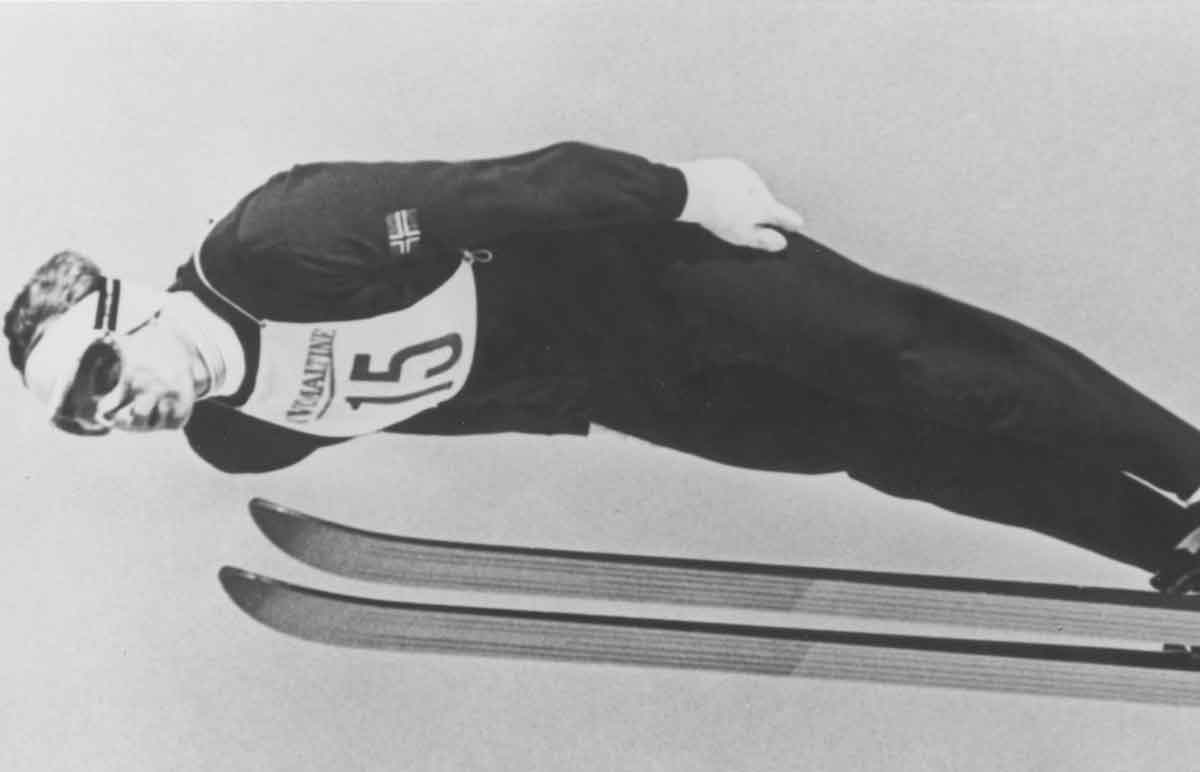 Frithjof Prydz was a member of the 1972 Olympic team for Norway and a three-time NCAA champion in the jumping and Nordic events.

* The NCAA began sponsoring a combined championship in 1983 following the discontinuation of the AIAW.