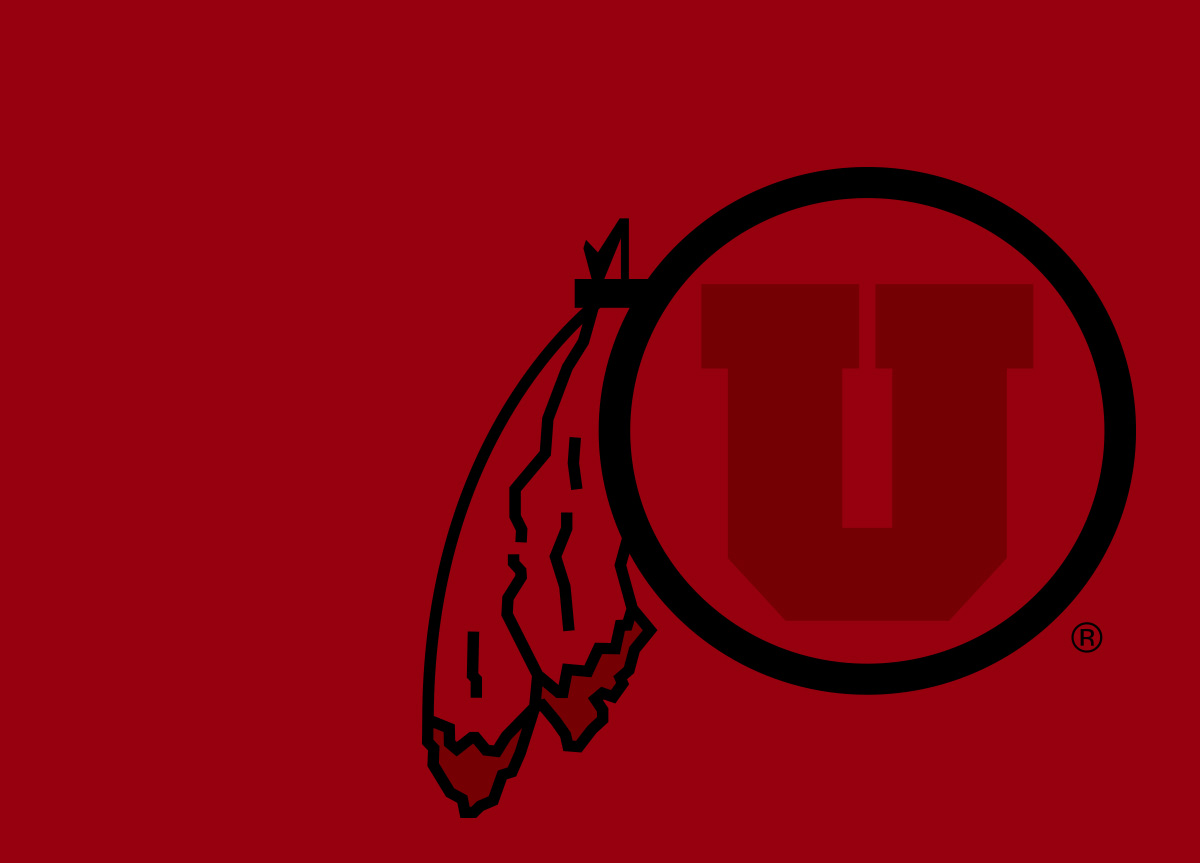 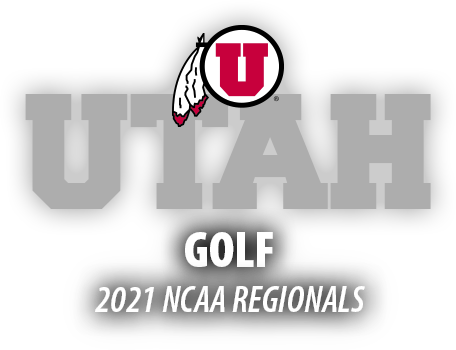 The Ute golfers had their best season in nearly 30 years in 2021, and the majority of top performers return for the year ahead.

Tristan Mandur had been rebuilding his game this past season and the payoff came on the biggest stages. Mandur became Utah's highest individual finisher at an NCAA Regional tournament by tying for fourth in the Cle Elum Regional. He was also the third Ute to qualify for the NCAA Championships as an individual since 1990 and the second in the past three seasons.

The Utes qualified for regionals as a team for the first time since 1992, recording the best finish in school history with a tie for seventh. At NCAAs, Mandur tied for 17th overall after shooting 3-over (283) through 72 holes. It was the lowest NCAA Championship score on record at Utah.

Among the other highlights, Mitchell Schow finished in the top 10 at the Pac-12 Championships. Utah won the SUU Thunderbird Invitational, led by medalist Blake Tomlinson. Tomlinson also won the ASU Thunderbird Invite. Javier Barcos was named to the Pac-12 All-Newcomer Team. The Utes finished in the top three in three tournaments. Four players had scoring averages under 72: Tomlinson (71.3), Mandur (71.5), Schow (71.5), Barcos (71.7).

Schow and Colton Tanner and have graduated and finished their careers. However, four of the top five from the 2021 season will return. Utah’s team spring semester GPA was an incredible 3.587. Oscar Maxfield and Jesper von Reedtz earned perfect 4.0 GPAs in the spring, with Maxfield hitting that mark three straight semesters. 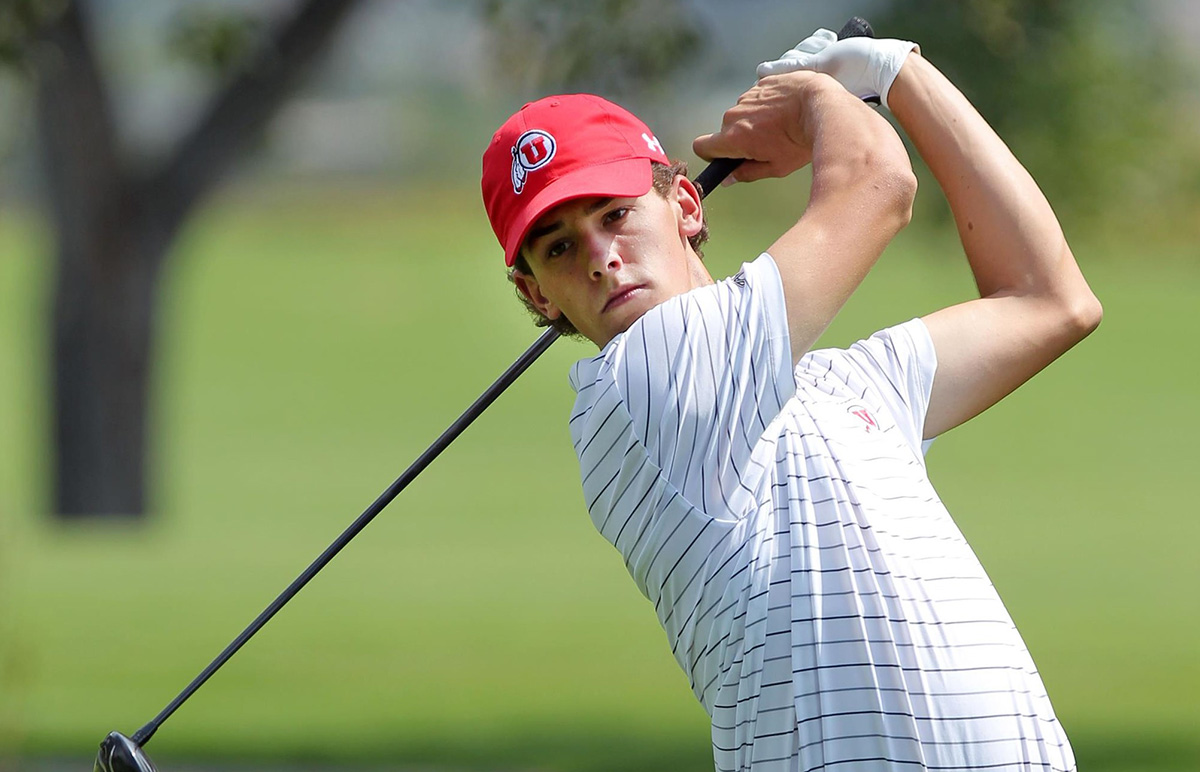 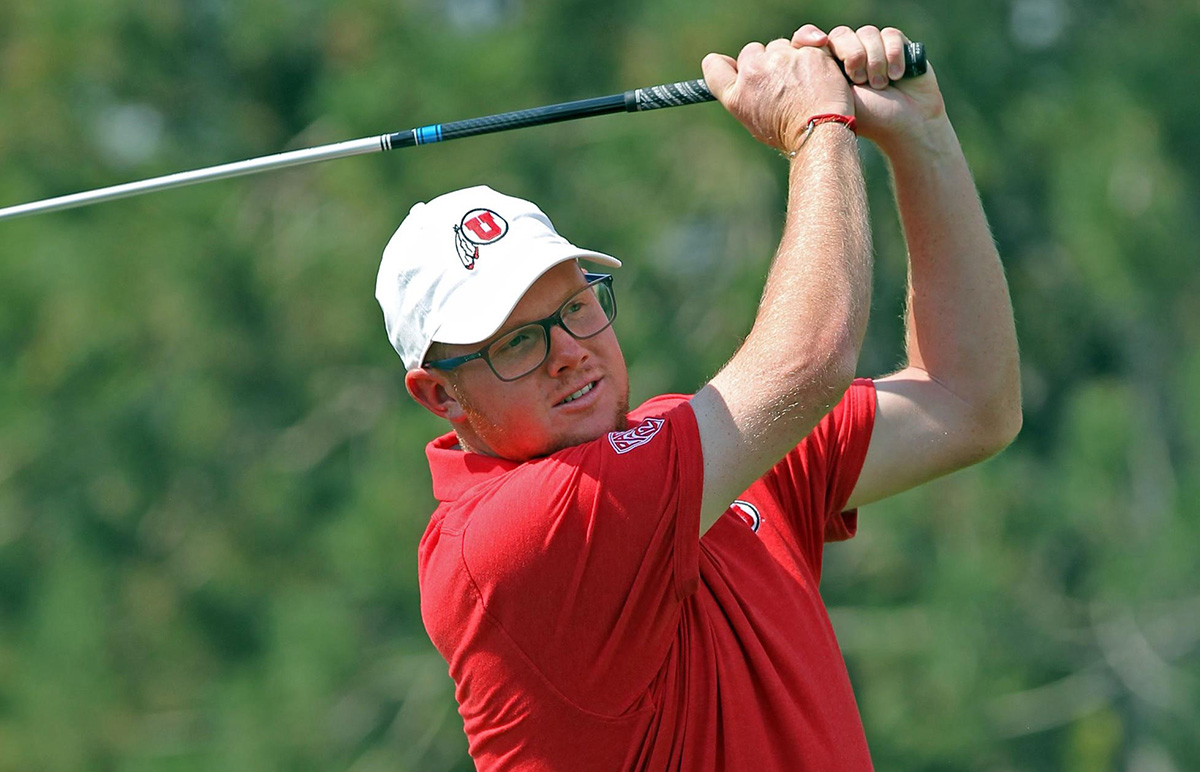 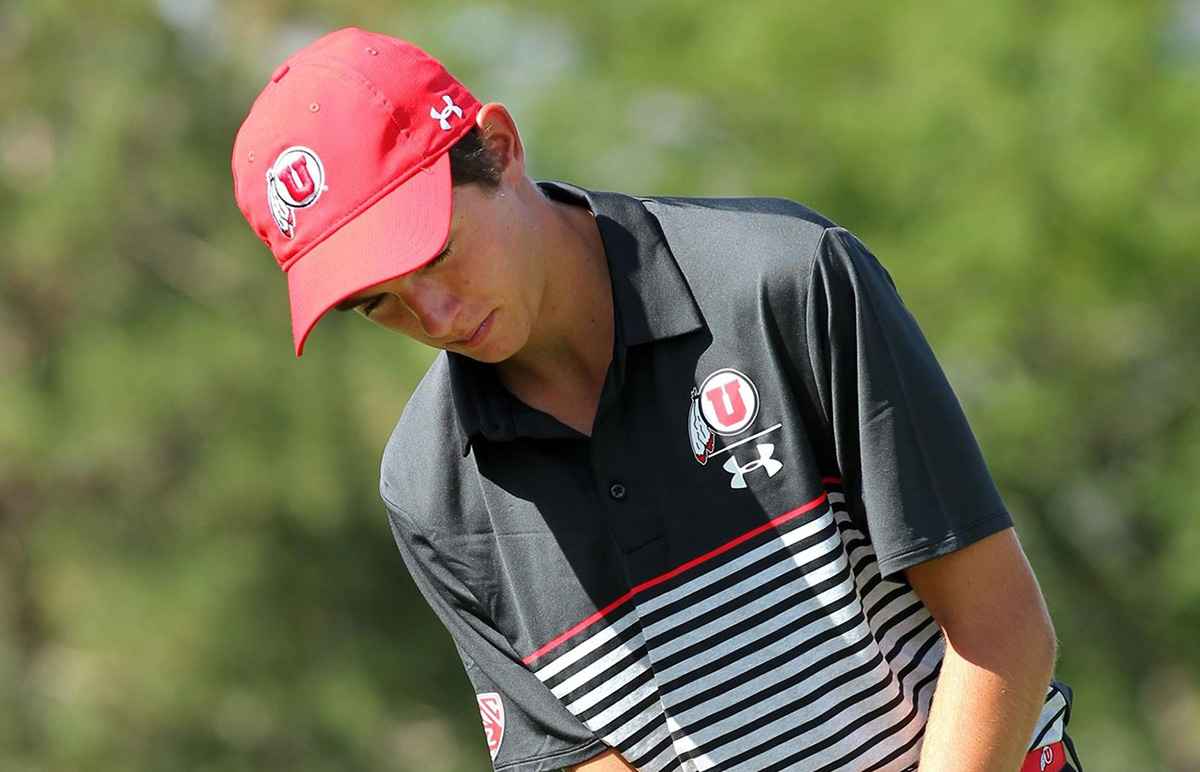 Garrett Clegg is headed into his sixth season as the head golf coach of the Utes' golf program. Last season, Clegg led the Utes to the NCAA Regionals as a team for the first time since 1992.

Utah tied for seventh at 2021 NCAA Regionals with Tristan Mandur qualifying for the NCAA Championships, where he tied for 17th. Utah finished the year ranked 47th with four players recording scoring averages under 72.

Clegg's teams have finished in the top three at tournaments 14 times. The Utes tied for fifth at the 2019 Pac-12 Championships for their best finish since joining the league. In the second tournament of the fall in 2019, the Utes shattered the school record for lowest 54-hole team score at the Maui Jim Intercollegiate, shooting 15-under as a group. In recent years, the Utes have recorded event wins at the 2021 SUU Thunderbird Invitational, 2019 Bandon Dunes Championship, 2018 Showdown in the Rockies and the 2017 Mark Simpson Colorado Invitational.

Kyler Dunkle became the first Utah golfer since 2006 to reach the NCAA Championship in 2019, finishing tied for 28th for the highest NCAA finish for a Utah golfer in modern history. He finished second at the 2019 Pac-12 Championships for Utah's best individual finish ever at the event and was named second-team All-Pac-12, the first Ute golfer to be named to the team. Dunkle also earned all-region honors. He set the Utah record with three tournament victories over his three seasons (2016-19).

A native of Bountiful, Utah, Clegg made the move back to the Salt Lake City area after serving as head coach for five seasons at Washington State. Under Clegg's guidance, the Cougars recorded six regular-season tournament titles and 15 top-five finishes. WSU notched three top-10 finishes at Pac-12 Championships under Clegg.

Prior to his time in Pullman, Wash., Clegg spent four seasons as an assistant coach at Washington. During his time at UW, the men's program captured back-to-back Pac-10 Conference titles in 2009 and '10, and concluded both seasons with fifth-place finishes at the NCAA Championships. Washington advanced to NCAA Regionals in each of his four seasons and three times qualified for the NCAA Championships. Clegg helped mentor Husky All-Americans Nick Taylor, Richard Lee, Darren Wallace and Chris Williams.

Clegg is a former professional and collegiate golfer who played at Minnesota for two years, where he was a part of the 2002 NCAA Championship qualifying team, before transferring to Utah for his final two seasons. A 2004 graduate of Utah, Clegg was a two-time All-Mountain West Conference selection and placed third at the conference championship in 2003.

Clegg played in the 2003 U.S. Amateur and advanced to the second round of the 2002 U.S. Public Links tournament. As a professional, he played on the Nationwide Tour in 2007 after finishing fifth in the second stage of the PGA Tour Qualifying School.

Clegg and his wife Rachael have three daughters, Grace, Sophie and Chloe, and a son, Brady. 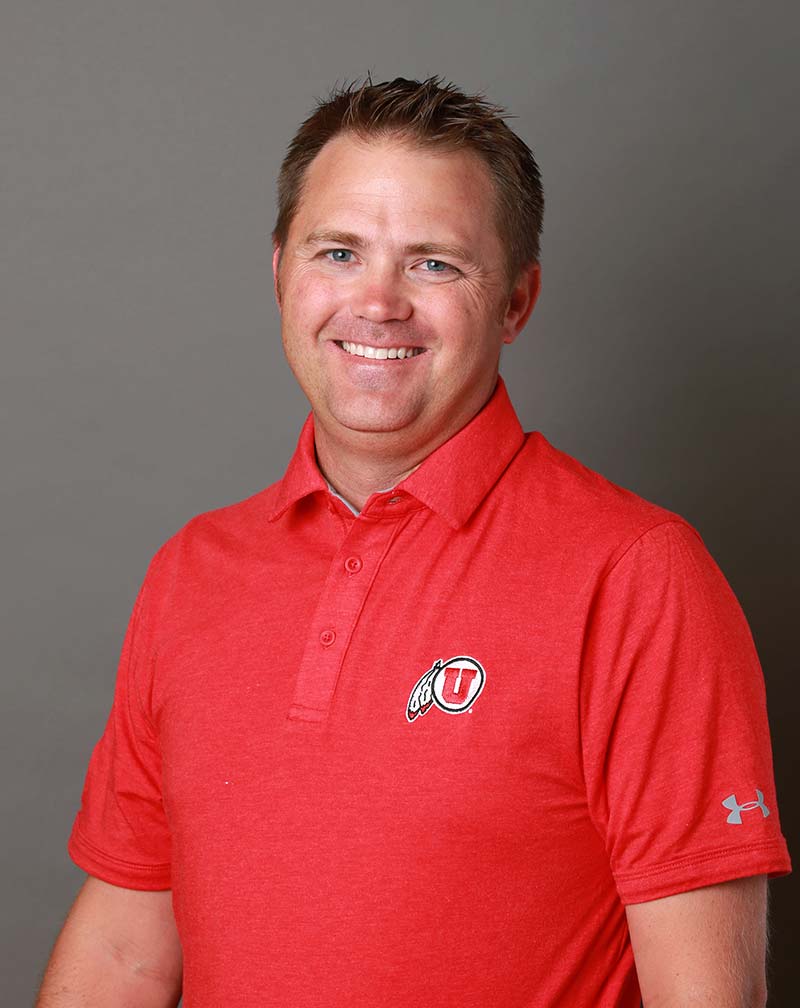 Utah has had some of its best seasons in recent history with Cain onboard. In 2021, Utah qualified as a team for regionals for the first time since 1992, recording the best finish in school history. Utah tied for seventh at NCAA Regionals with Tristan Mandur qualifying for the NCAA Championships, where he placed in the top 20. Utah finished the year ranked 47th.

After not winning a team event dating back to 2009, Utah has won four times since the fall of 2017. Utah tied for fifth in at the 2019 Pac-12 Championships for its best finish since joining the league. In the fall of 2019, the Utes shattered the school record for lowest 54-hole team score at the Maui Jim Intercollegiate, shooting 15-under as a group.

Over two seasons at Texas Tech, Cain assisted in weekly practices and tournament qualifying, while also coaching players through their rounds at different events. He was a part of the 2013 Red Raider squad that competed at the NCAA Tournament where they finished in 14th-place overall – the program's third-best finish in school history. The following season, Texas Tech finished second at the 2014 Big 12 Championships.

A native of Big Spring, Texas, Cain played at Midland College from 2006-08 and was part of the 2008 NJCAA National Championship team. Cain then went on to earn his bachelor's degree in general business at Texas Tech and later earned his master's degree in sports management.

Cain is the son of Tim and Mary Cain. He has one sister, Bridget Triepke. He currently resides in Salt Lake City. 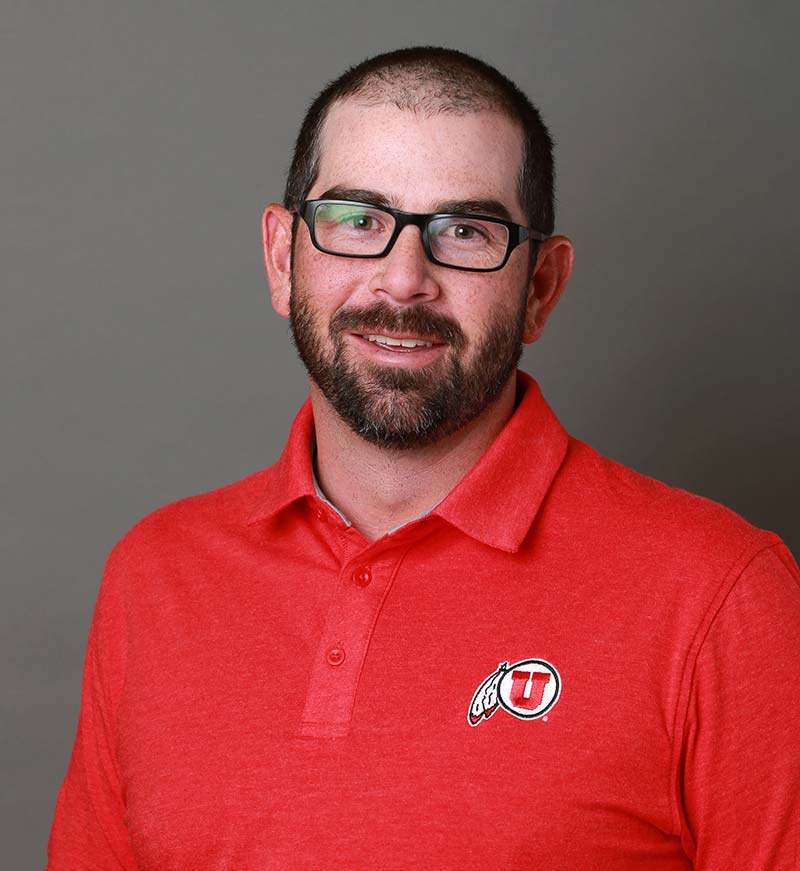 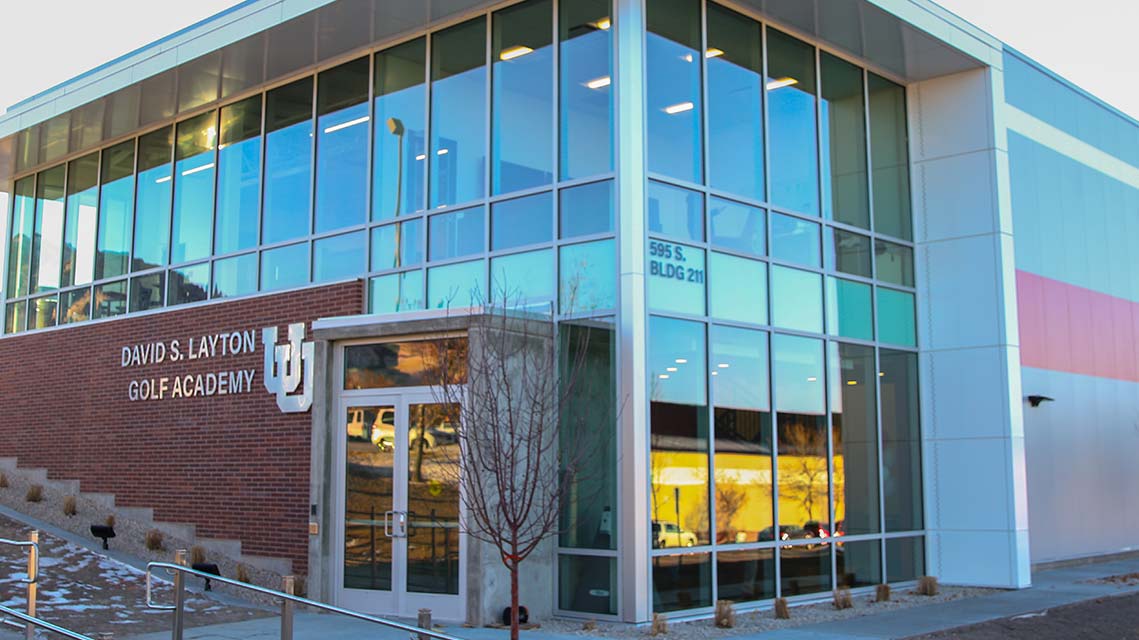 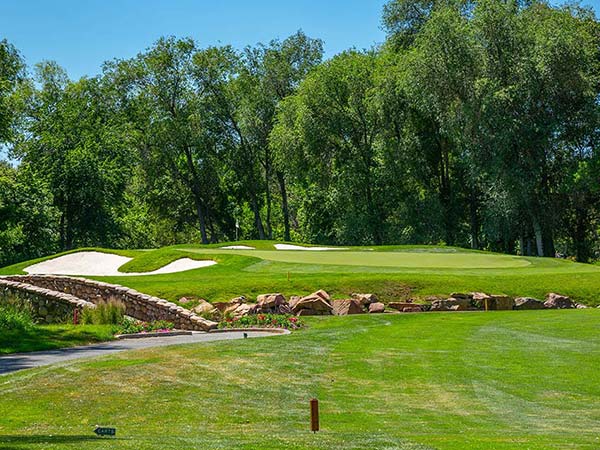 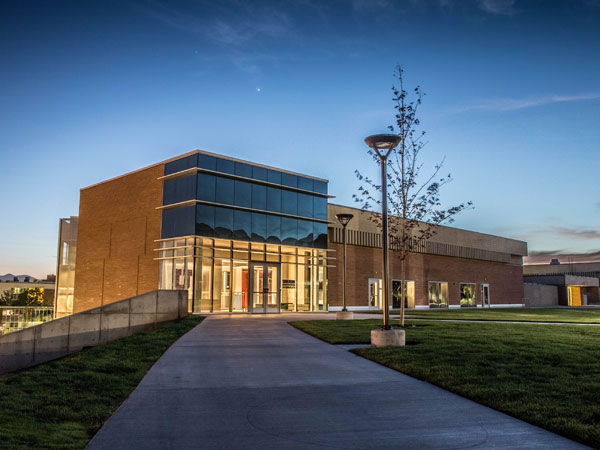 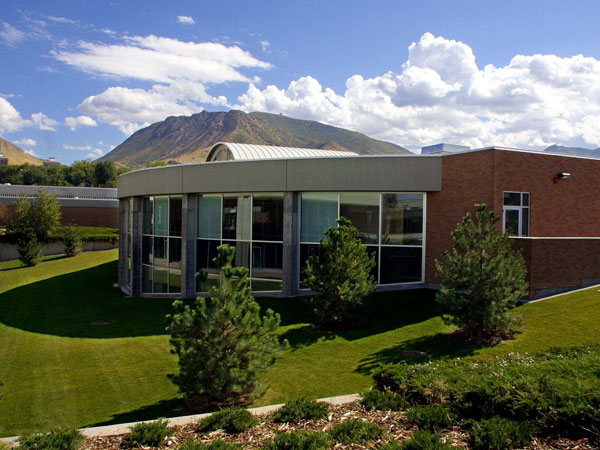 Tristan Mandur was the third Utah golfer to advance to the NCAA Championships as an individual in 2021 and the second in three years. He recorded Utah’s best individual NCAA finish tying for 17th. He also tied for fourth at the NCAA Regionals.

Kyler Dunkle was the second Utah golfer to advance to the NCAA Championships as an individual, tying for 28th in 2019.

Blake Tomlinson became the first Ute in 11 years to qualify for NCAA Regionals in 2018, tying for ninth place.

Dustin Pimm was the first Utah golfer to advance to the NCAA Championships as an individual in 2006. He also qualified for the NCAA West Regionals in 2006 and 2007.

Mandur, Dunkle, Pimm and Tomlinson are the only four golfers in school history to register a top-10 finish in an NCAA Regional. 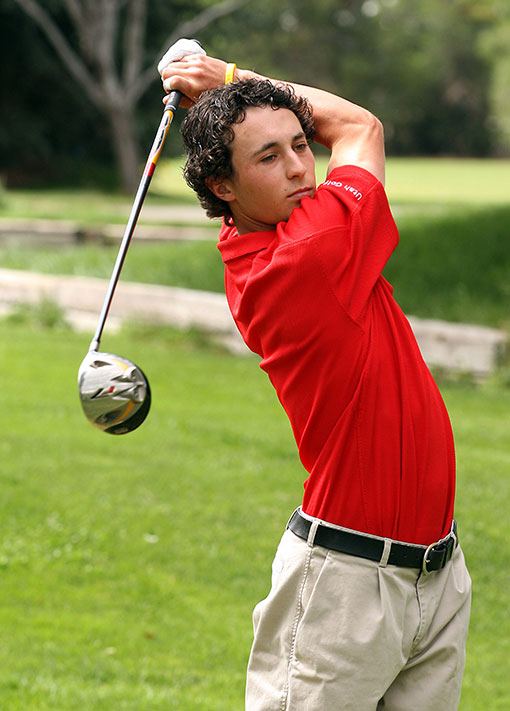 Kyler Dunkle became the first Ute golfer in the modern era to earn All-America honors. He was named to the 2019 Division I PING All-America team as an honorable mention selection. Dunkle's season included five top-10 finishes, a second-place finish at the Pac-12 Championships, and qualifying for the NCAA Championships.