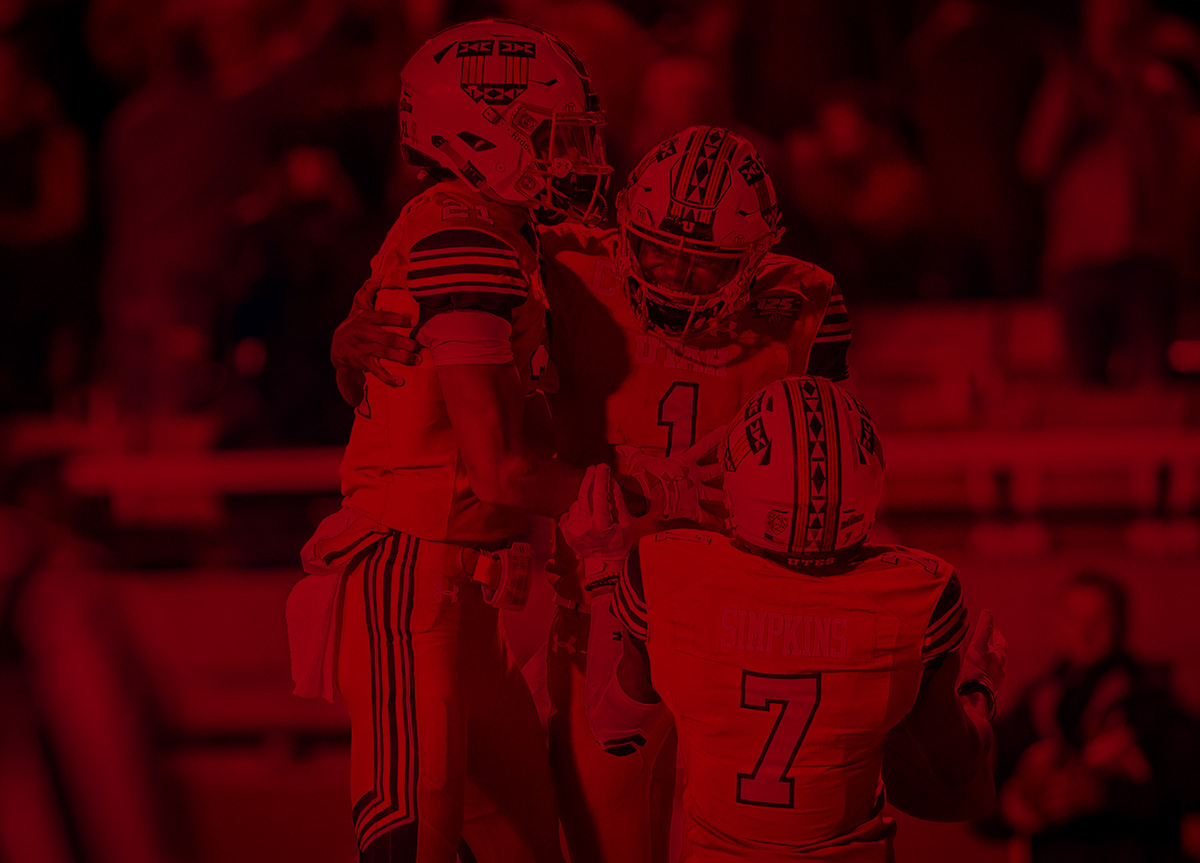 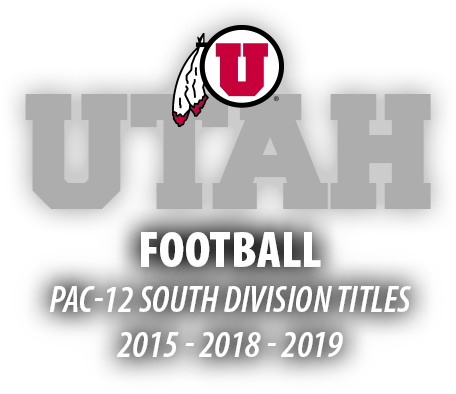 Appeared in the CFP ranking every week for the first three years of the system (2014-16), made the rankings five times in 2018 and all six weeks of the 2019 season.

Winning record in Pac-12 play in five of the past six years.

Utah has played to 64 straight sellouts (60 which exceeded the seating capacity) when fans have been allowed in Rice-Eccles Stadium, extending back to the 2010 opener against Pittsburgh. In its first 22 years, there were 83 total standing-room-only crowds. The venue's seating capacity was increased to 45,807 in 2014, and as a result, the top five season attendance averages and 12 of the top 15 single-game crowds in Rice-Eccles Stadium history were recorded over the next six years. The Utes averaged a school-record 46,533 fans per game in 2015, when they also recorded their best single-game attendance mark (47,825 vs. Michigan). Dating back to its 13-0 Sugar Bowl campaign of 2008, Utah's average attendance has exceeded the stadium's capacity for 12 consecutive years when fans could attend.

Fifteen bowl appearances in the last 18 years with a 12-3 record. Made nine consecutive bowl appearances from 2003-11. Had a recent streak of six straight bowl games snapped during the truncated 2020 season despite finishing with a winning record.

Won nine-consecutive bowl games from 1999-2009 to tie for the second-longest bowl win streak in NCAA history.

2-0 in games that are now part of the CFP New Year's Six Bowls, defeating Pittsburgh in the 2005 Fiesta Bowl and Alabama in the 2009 Sugar Bowl.

Alex Smith (QB) was a Heisman Trophy finalist and earned two National Player of the Year Awards (Sports Illustrated and The Sporting News) in 2004.

Matt Gay won the Lou Groza Award as the nation's top kicker in 2017. 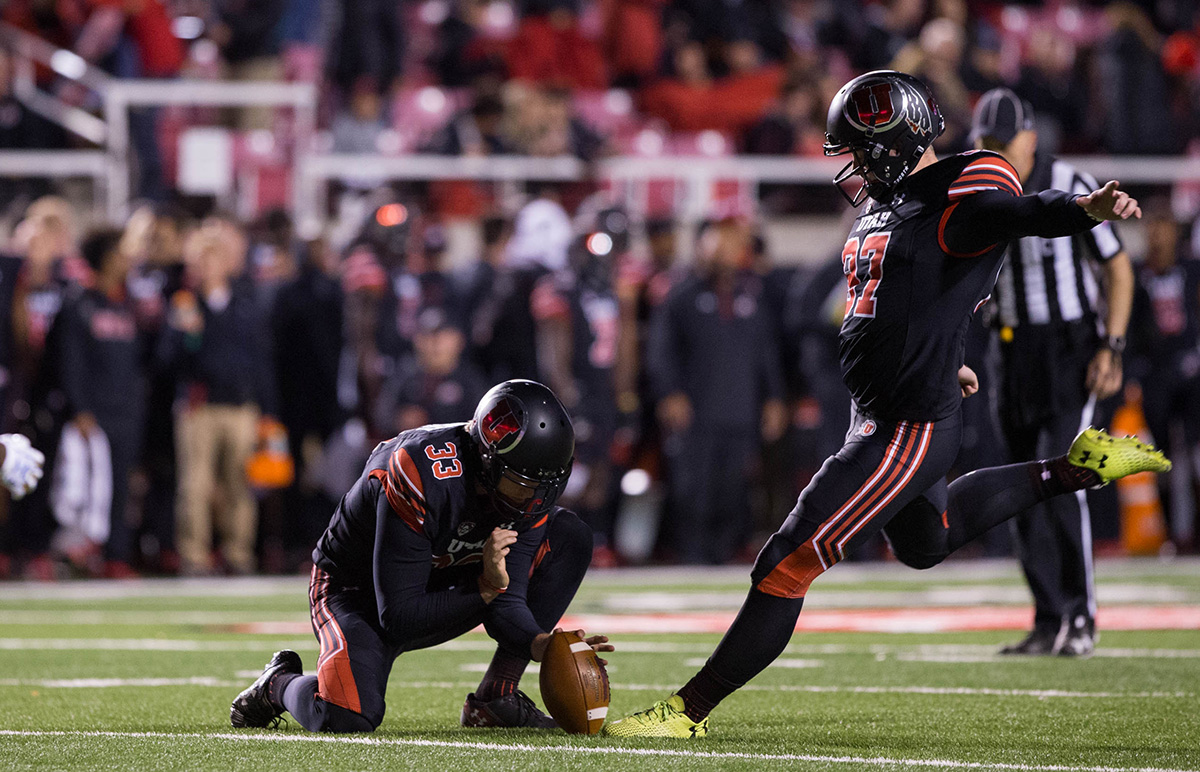 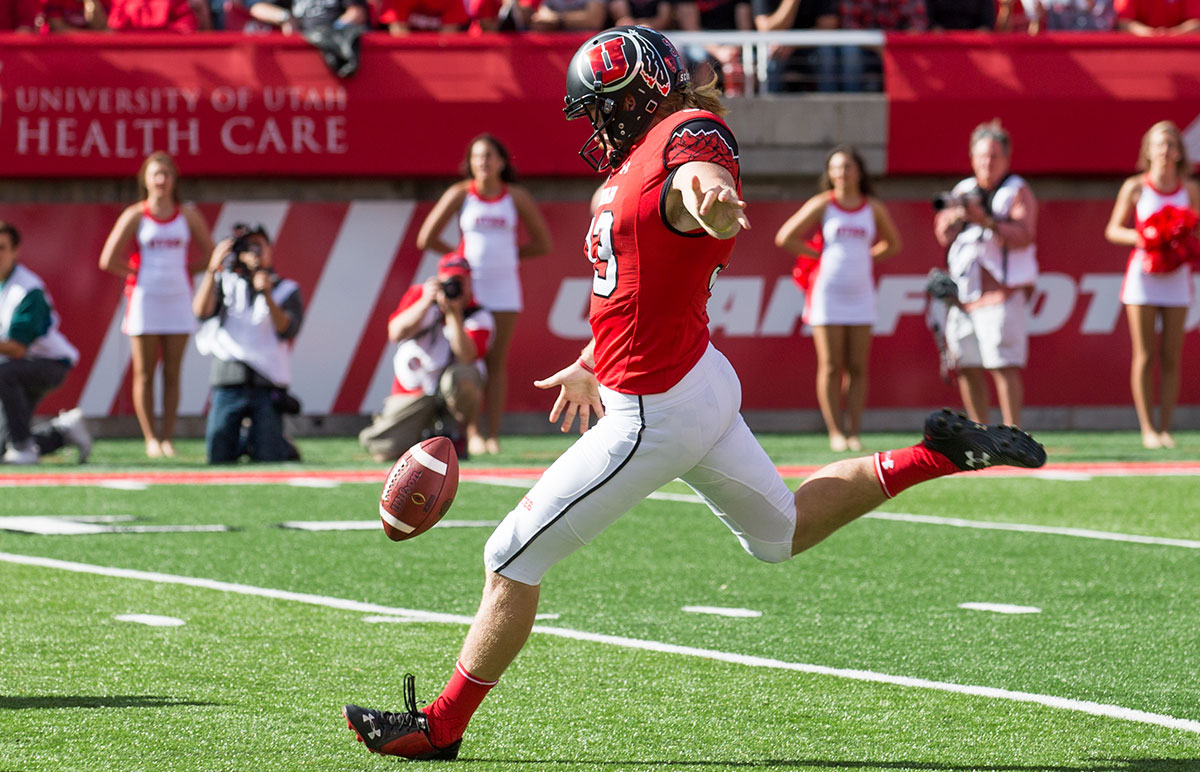 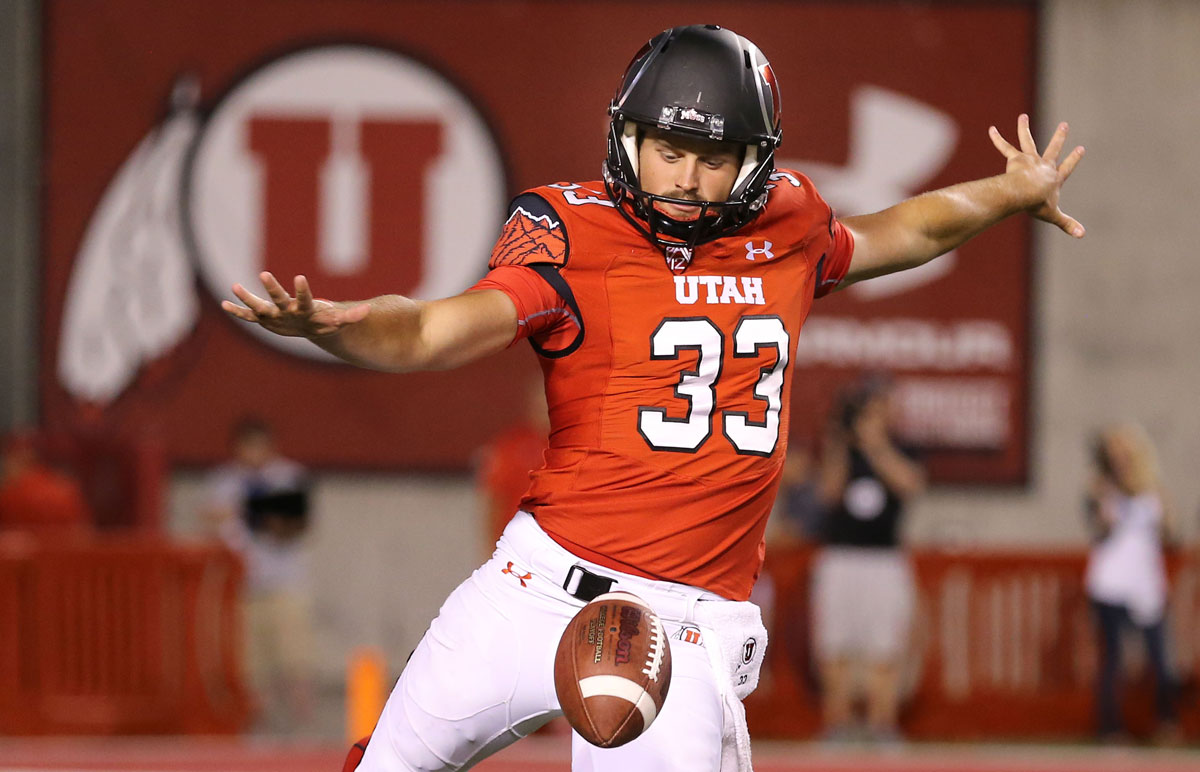 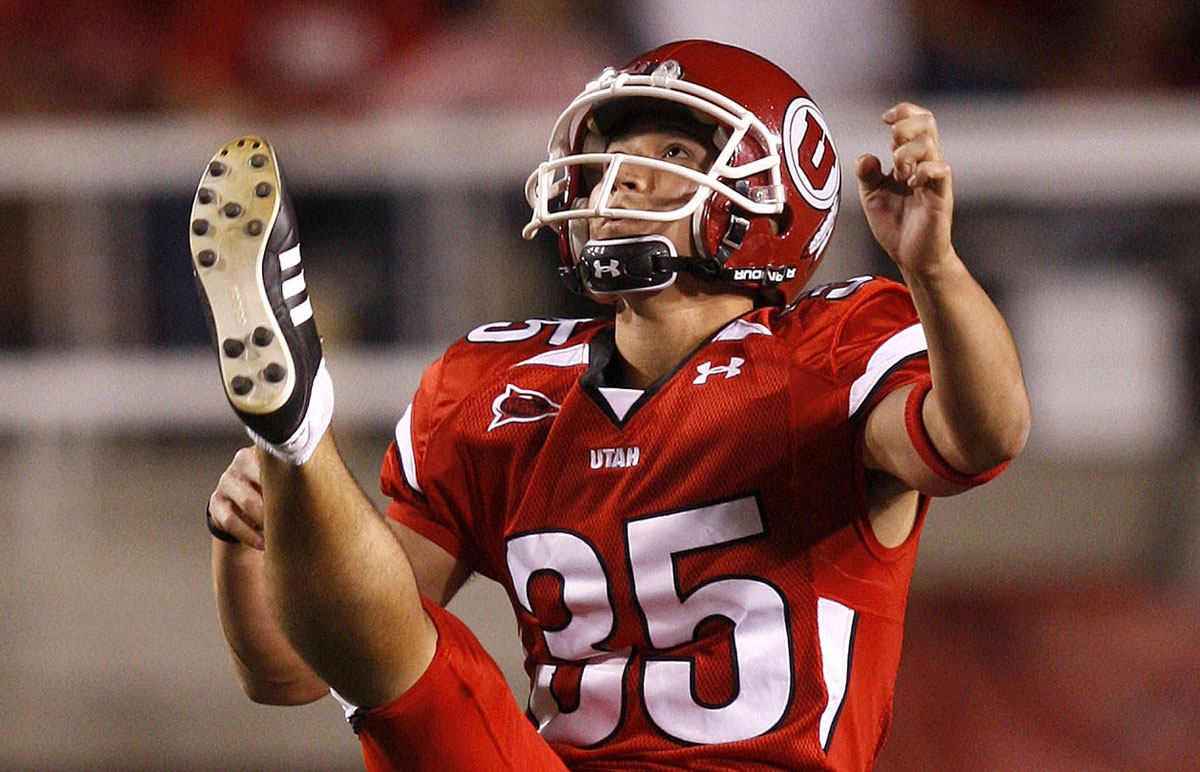 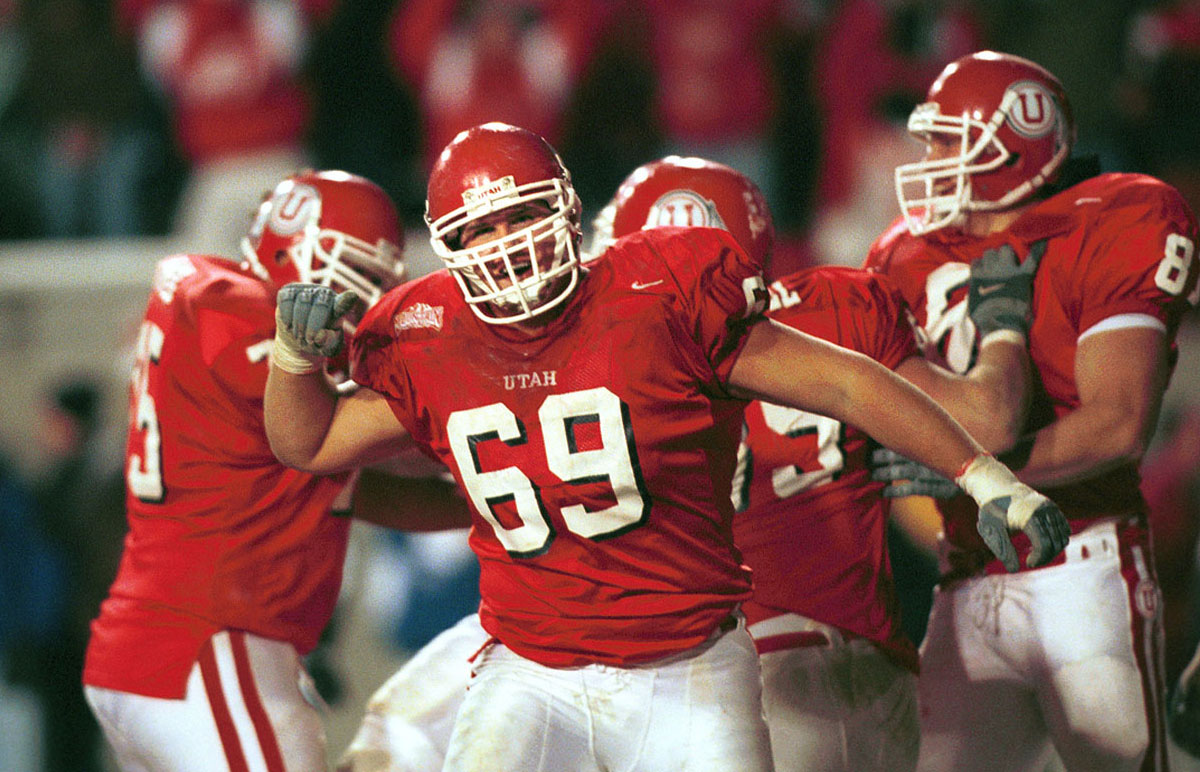 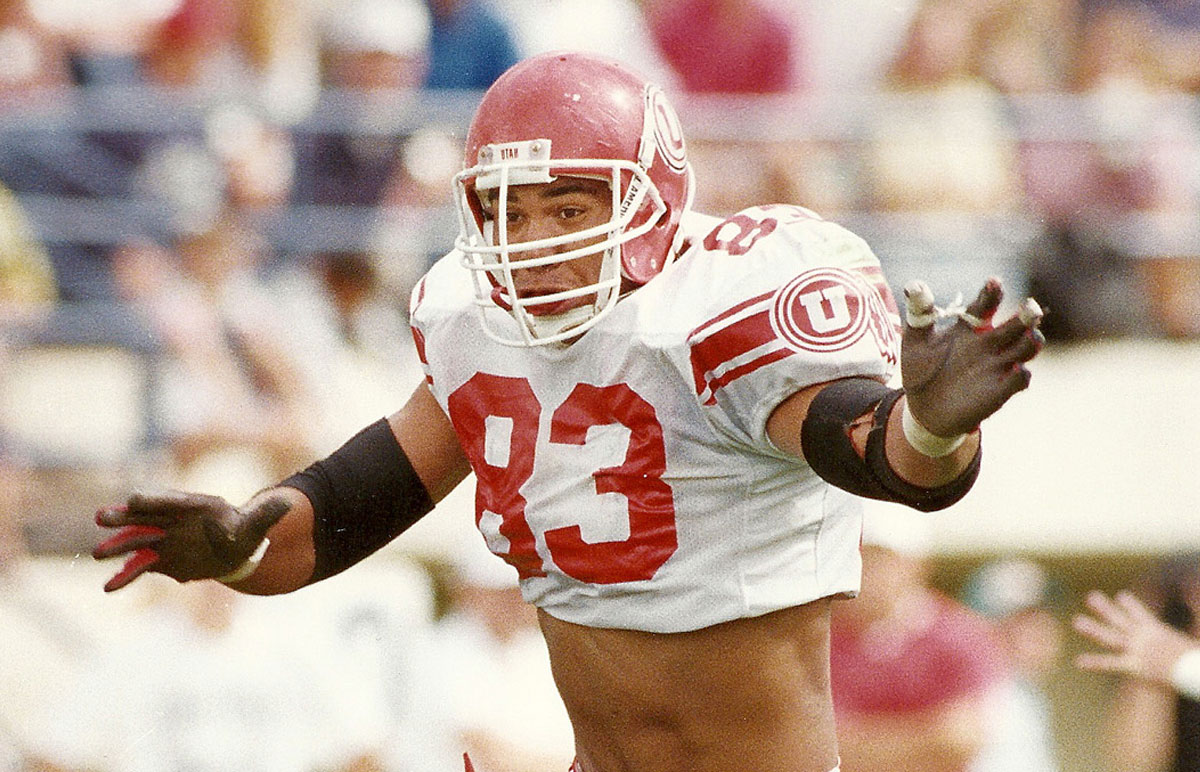 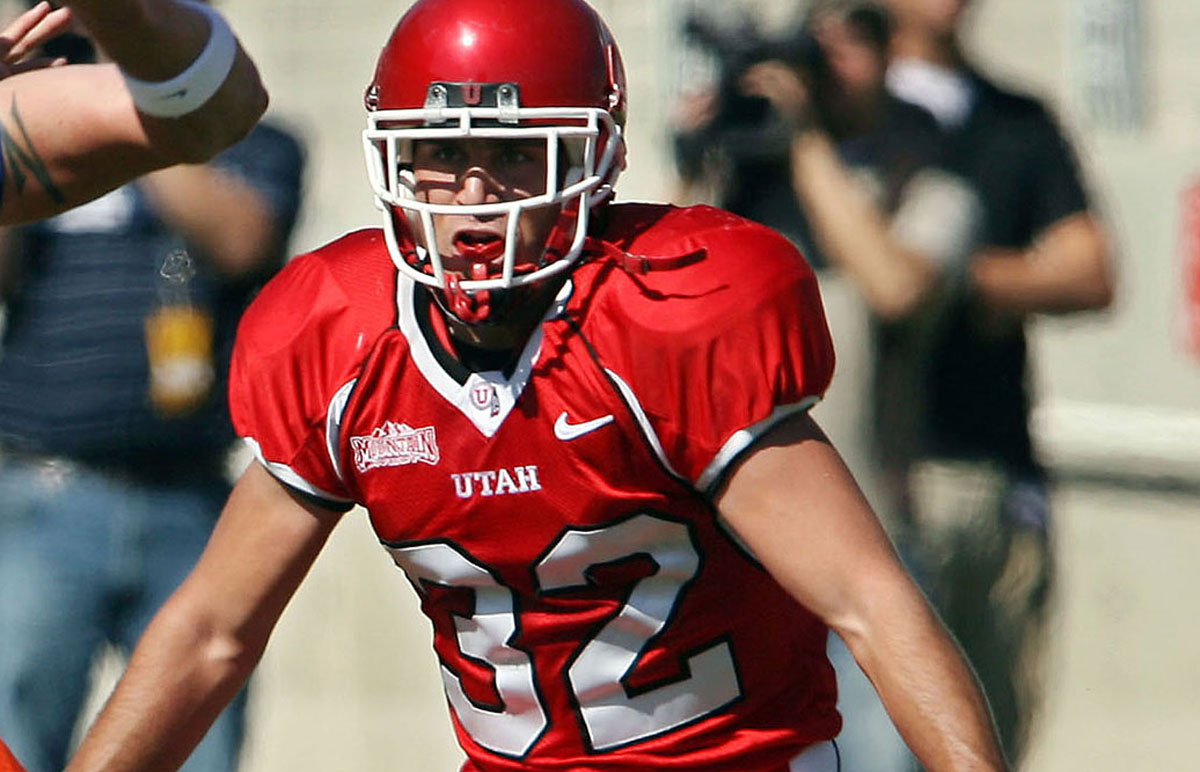 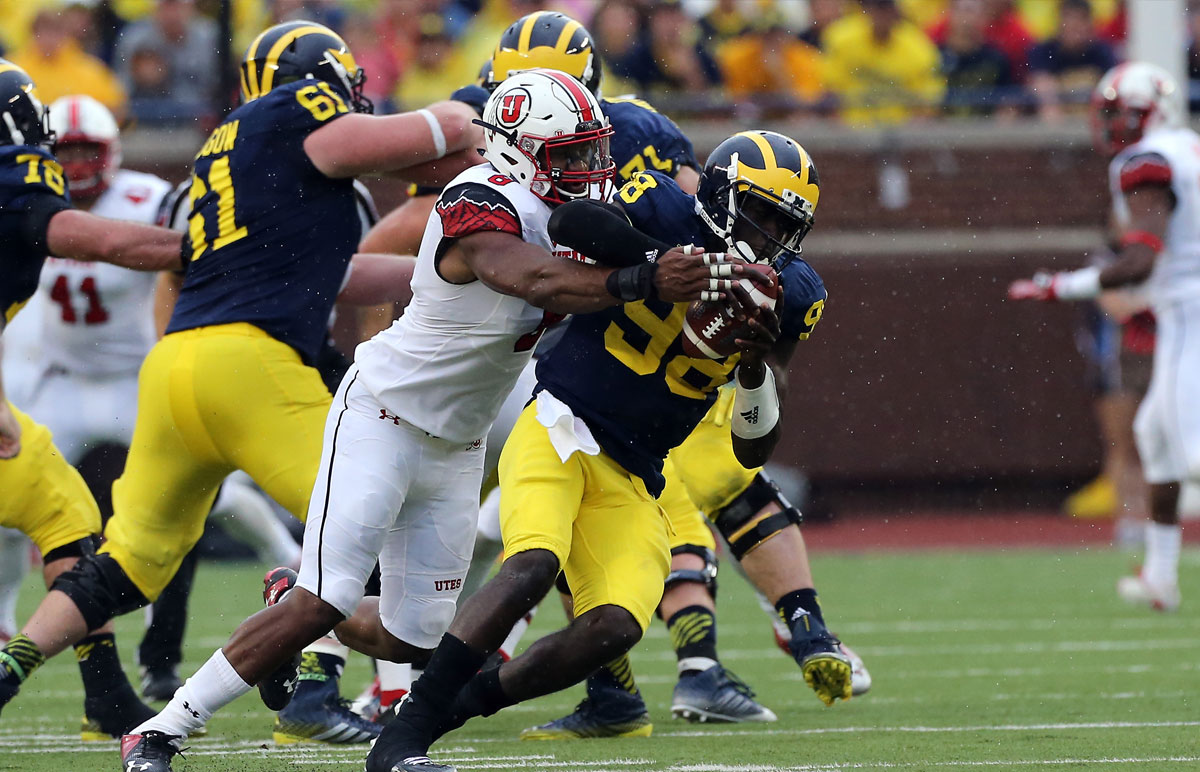 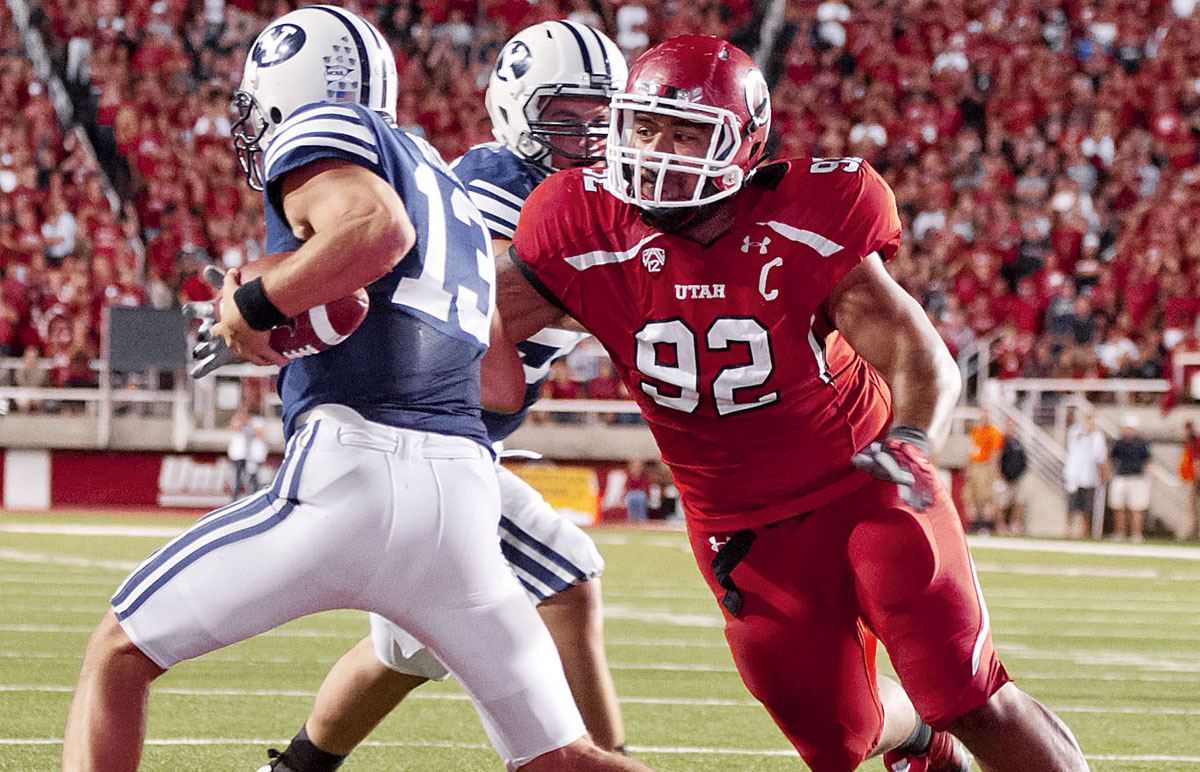 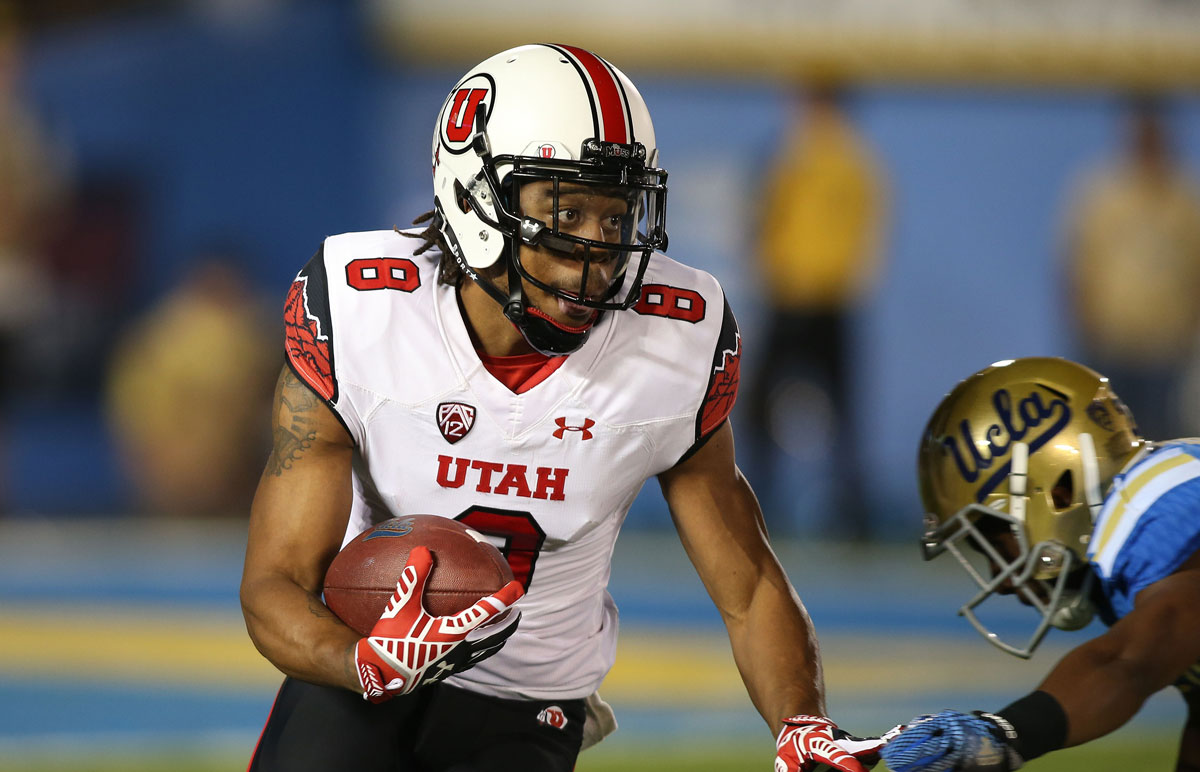 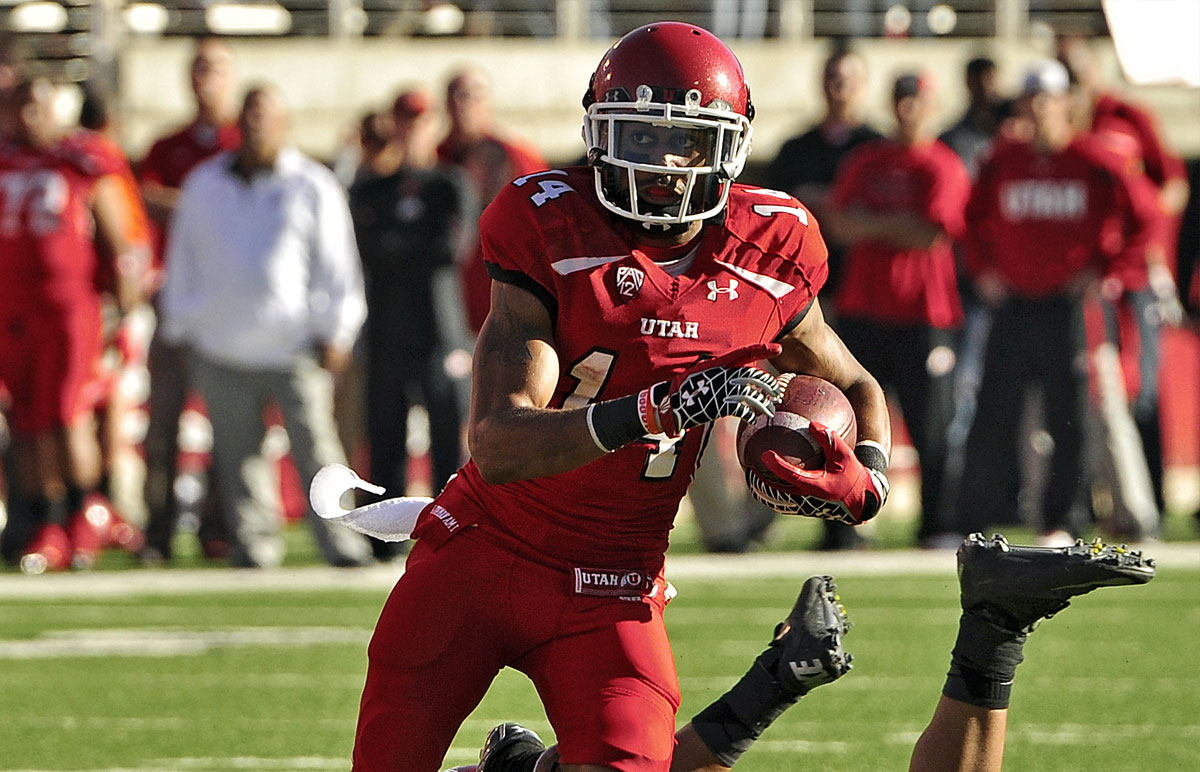 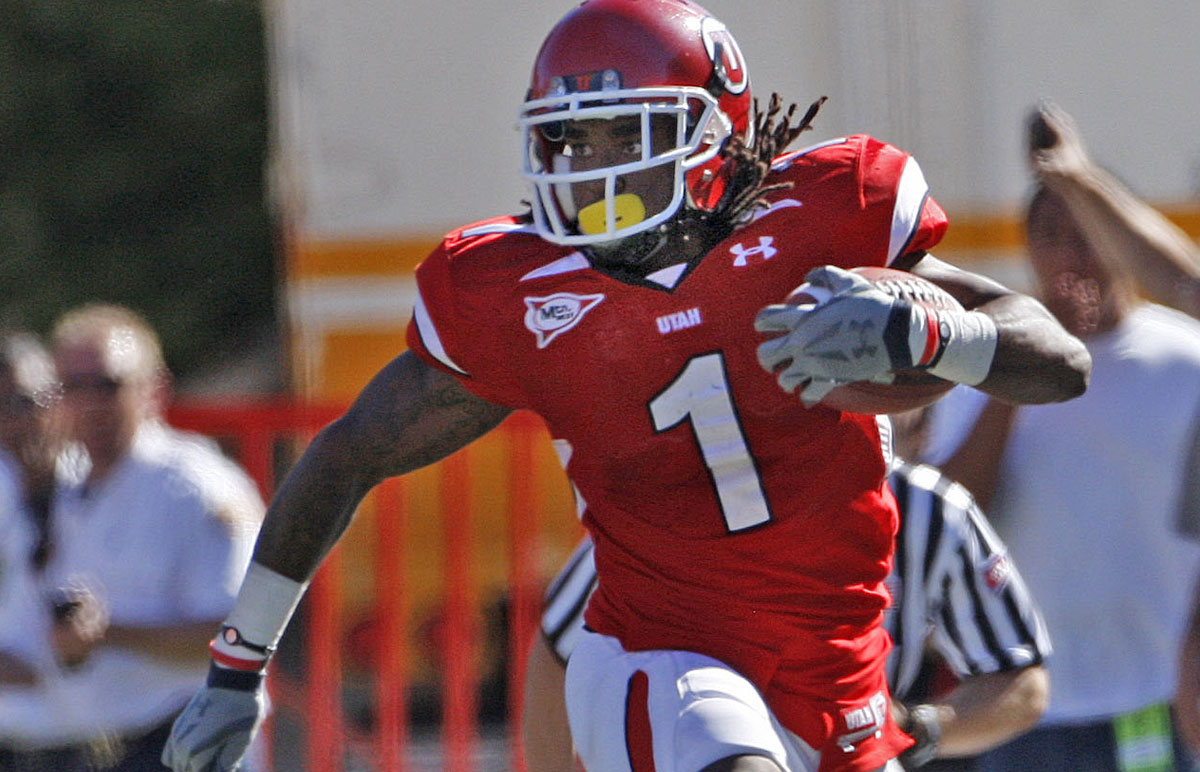 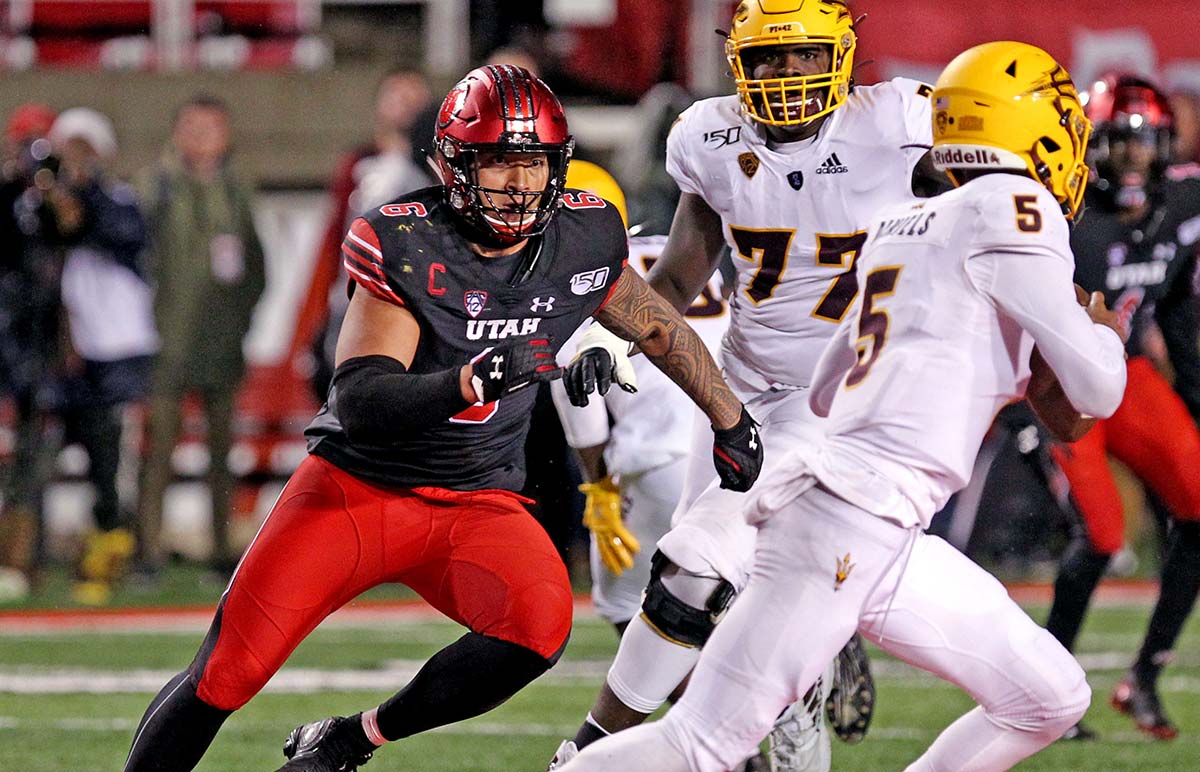 Tied for the best NCAA Graduation Success Rate (GSR) in the Pac-12 Conference in 2019.

Received an NCAA Public Recognition Award for the second consecutive year in 2020 for posting a multiyear Academic Progress Rate (APR) in the top-10 percent of their sport.

Four NFL first round draft picks and 11 others going in the second round since 2000. Six Utes have gone in the first three rounds of the draft the past two years.

School-record eight NFL draft picks in 2017 led the Pac-12 and tied for third in the country. Seven Utes were selected in 2020.

Quarterback Alex Smith was the No. 1 pick in the 2005 NFL Draft.

Among the former Utes who have played in the NFL Pro Bowl in recent years:

Kyle Whittingham, the longest-tenured coach in the Pac-12 Conference and the third-longest tenured head coach at the same school in the NCAA FBS, is in his 17th season at the helm at Utah in 2021, where he boasts a 134-66 record. Including 11 seasons as a Ute assistant coach, he has contributed to more victories (219) than any coach in program history, and has coached in 326 games as either an assistant or head coach. Whittingham is the second-winningest head coach at Utah, entering 2021 just seven victories behind Ike Armstrong (141-55-15), and led the Utes to back-to-back Pac-12 South titles in 2018 and '19.

Legendary for his postseason success, Whittingham's 11 bowl wins (11-3) ties him for third among active coaches and ranks in the top-10 all-time (including ties), while his .786 bowl winning percentage is second-highest among active coaches with at least 10 games. His glossy bowl record includes a 2-0 mark in bowls currently part of the College Football Playoff New Year's Six, with wins over Pittsburgh in the 2005 Fiesta Bowl as co-head coach and Alabama in the 2009 Sugar Bowl.

Now in his 28th year overall at Utah, Whittingham began his Ute career as the defensive line coach in 1994. He served as the defensive coordinator from 1995-2004 and became the school's 20th head coach on December 8, 2004. His first victory came three weeks later as the co-coach (with Urban Meyer) in Utah's 2005 Fiesta Bowl win over Pittsburgh. His first regular-season victory came against Arizona in the 2005 season opener.

In 2008, Whittingham engineered the best season in Utah football history. The Utes went 13-0—concluding the season with a 31-17 Sugar Bowl rout of Alabama, a team that had spent five weeks at No. 1. Utah was declared the national champion that season by major selector Anderson/Hester and was ranked No. 2 in the final AP poll. Whittingham's success has continued in the Pac-12 Conference where Utah won the South Division title outright in 2018 and 2019, and shared it with USC in 2015. Whittingham has coached 25 All-Americans, including seven consensus picks. He has coached the only major national award winners in Utah football history with three Ray Guy Award winners (2014-16), a Lou Groza Award winner (2017) and a Ted Hendricks Award winner to his credit. The Utes boasted a school-record five All-Americans in 2019.

One reason behind his success is Whittingham's reputation for developing NFL talent. Seven Utes were drafted in 2020 -- most in the Pac-12 and tied for fifth-most in the nation -- and the Utes' 21 selections in the four drafts from 2017-20 lead all Pac-12 schools. That period began with a school-record eight NFL draft picks from Utah in 2017, which led the Pac-12 and tied for third in the country.

Utah has also excelled academically under Whittingham. Since he became head coach in 2005, his players have earned four Academic All-America citations and 269 academic all-conference awards. Utah football received public recognition from the NCAA for posting a multi-year Academic Progress Report (APR) in the top 10 percent of all athletic teams in the country from 2015-19, including a perfect single-year APR score of 1000 in 2017-18.

Whittingham began his coaching career in 1985-86 as a graduate assistant at his alma mater, Brigham Young. He spent one season as the defensive coordinator at the College of Eastern Utah in 1987, before a six-year stint at Idaho State from 1988-93.

A linebacker for BYU from 1978-81, Whittingham earned first-team all-WAC and WAC Defensive Player of the Year honors in 1981. Whittingham graduated from BYU in 1984 and added a master's degree from the school in 1987. Born Nov. 21, 1959, he was raised in Provo, Utah. He is married to the former Jamie Daniels. They have four children: Tyler, Melissa, Alex and Kylie, and four grandchildren. Tyler and Alex both played for the Utes. 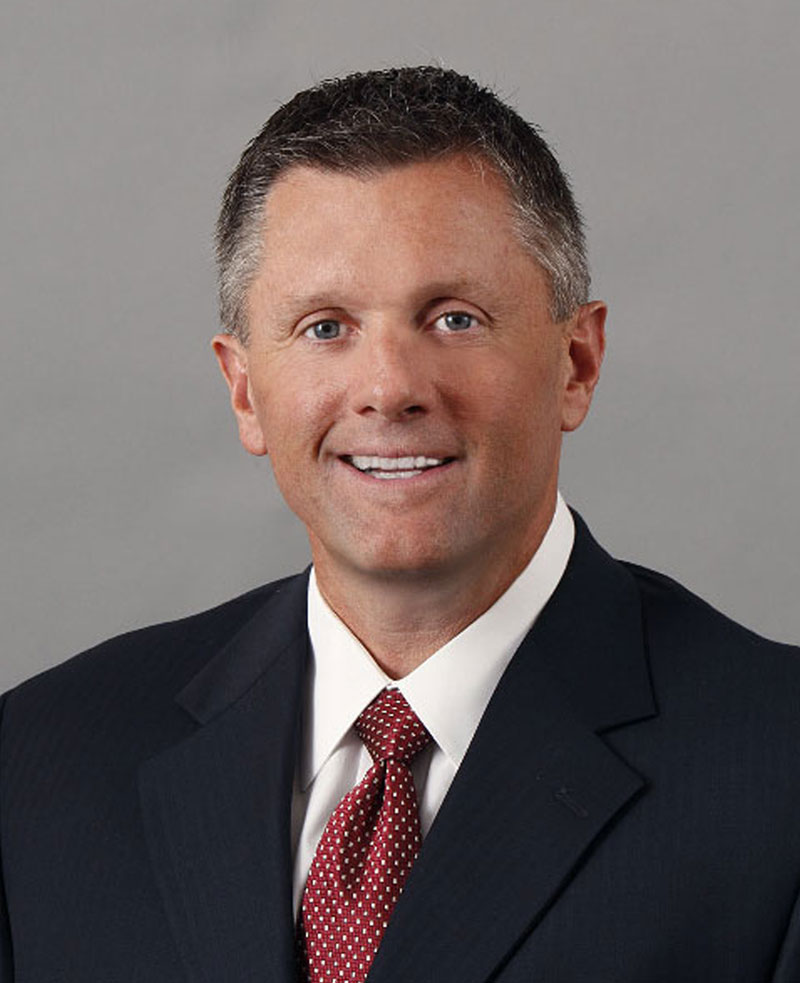 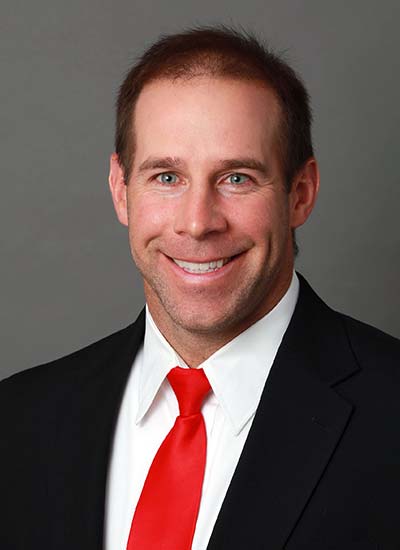 In his 14th year overall, Morgan Scalley is in his sixth season as Utah's defensive coordinator. He has coached the safeties his entire time on the staff, was the recruiting coordinator from 2009-15 and the special teams' coordinator in 2015. Scalley, who owns a reputation as one of the brightest defensive minds in the business, was a finalist for the Broyles Award in 2019, when the Utes ranked second in the FBS in total defense. Utah has led the Pac-12 four times in the last five seasons in rushing defense, and ranked top five in the nation in rushing defense in 2018 and '19. The 2016 Utes led the conference in sacks and tackles for loss. He has coached eight All-Americans, 14 first-team all-conference players and two Freshman All-Americans, seeing 25 of his protégés move on to the NFL. 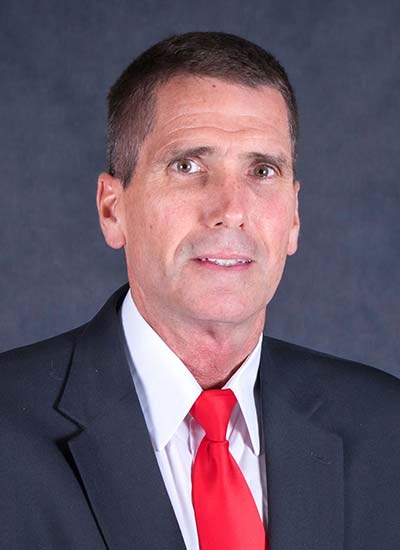 Andy Ludwig is in the third year of his second full-time stint on the Utah staff. Ludwig, who served as offensive coordinator and quarterbacks coach during the undefeated 2008 season, made his return in 2019. Ludwig spent the 2015-18 seasons as Vanderbilt's offensive coordinator following a two-year run at Wisconsin (2013-14), two years at San Diego State (2011-12) and two years at California (2009-10). He had a four-year period as offensive coordinator and quarterbacks coach at Utah (2005-08), which followed three years in the same role at Oregon (2002-04). The return of Ludwig to Utah in 2019 sparked an offensive explosion that saw the Utes lead the Pac-12 in rushing yards, passing efficiency, completion percentage and third-down conversion rate. Four Utes earned All-Pac-12 honors in 2020. 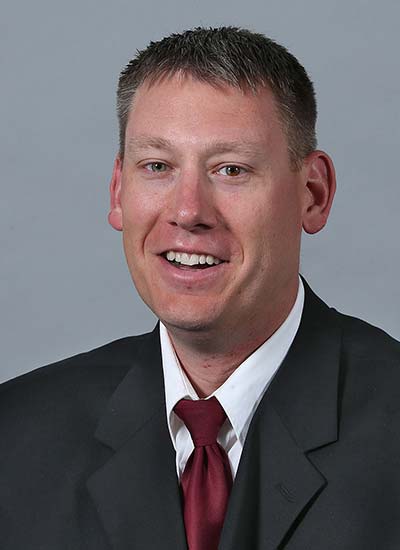 Entering his eighth season as the offensive line coach, Jim Harding has also served as Utah's assistant head coach (2017-present) and co-offensive coordinator (2015-16). He has coached five first-team All-Pac-12 selections and 2016 Morris Award winner in Isaac Asiata. Harding has produced and six NFL draft picks, including four members of the 2016 offensive line and at least one in three of the past six years. Harding's linemen have blocked for a 1,000-yard rusher in six of the last seven seasons. He came to Utah after five seasons at Wyoming as an offensive line coach and co-offensive coordinator (2013). 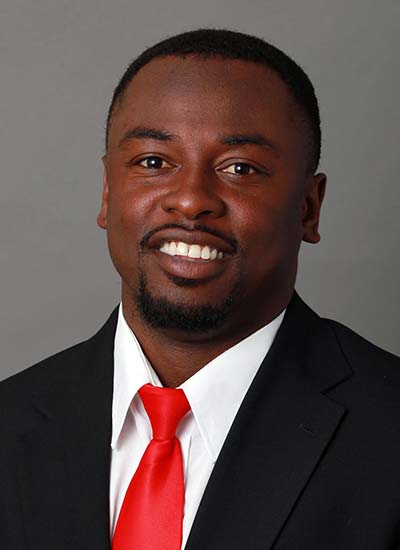 First-year wide receivers coach Chad Bumphis was a graduate assistant coach at Utah in 2018. He coached the receivers at Austin Peay in 2019, when the team ranked 20th nationally in passing yards. He was an offensive graduate assistant at Buffalo in 2017 and the wide receivers coach at Iowa Wesleyan in 2016. Bumphis played at Mississippi State from 2009-12, set the school record for receiving touchdowns (24) and ranks second in career receiving yards (2,270). Bumphis signed as an undrafted free agent with the Miami Dolphins in 2013 and finished his professional career with the CFL's Edmonton Eskimos in 2015. 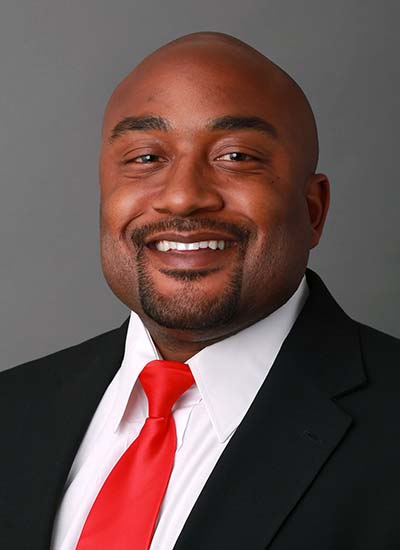 Fifth-year running backs coach Kiel McDonald has progressively elevated the running game. Utah led the Pac-12 in rushing in 2019 as Zack Moss achieved his third consecutive 1,000-yard season and became Utah's all-time leading rusher last season. Moss was named the 2019 Pac-12 Offensive Player of the Year, earned All-America honors and was taken in the third round of the NFL Draft. In 2020, Ty Jordan was named the Pac-12 Offensive Freshman of the Year and a Freshman All-American. Before coming to Utah, McDonald spent five years at Eastern Washington (2012-16), where he was also the co-special teams' coordinator. The Eagles made the FCS playoffs four times, advancing to the national semifinals in 2012, 2013 and 2016. 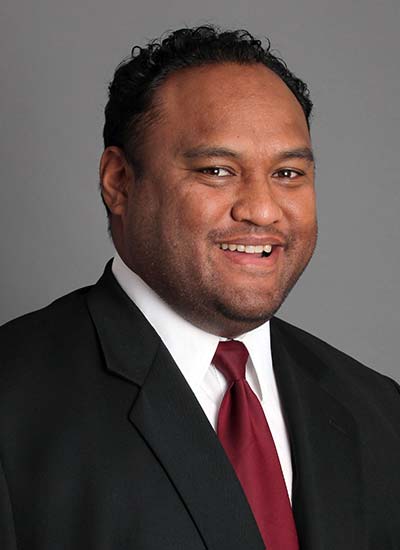 Former Ute and NFL defensive tackle Sione Po'uha, enters his third year at the defensive tackles coach. Under Po'uha's tutelage in 2020, Utah led the Pac-12 in rushing defense. In 2019, Utah ranked No. 2 in the FBS in total defense and No. 3 in rushing defense. Leki Fotu earned second-team All-America and first-team All-Pac-12 honors. Fotu was a fourth-round NFL draft pick and John Penisini was taken in the sixth round in 2020. Po'uha filled the same role at Navy in 2018. He started his coaching career as a Utah student-assistant in 2015-16 before becoming Utah's director of football player development in 2017. Po'uha was a third round NFL draft pick by the New York Jets in 2005. 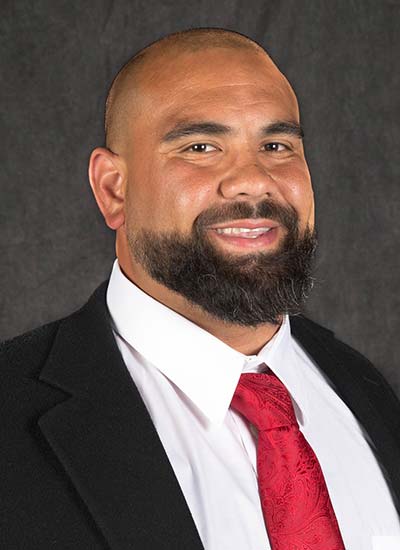 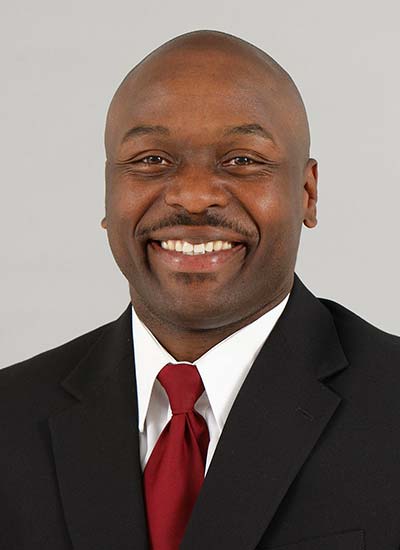 Sharrieff Shah is in his 10th season coaching the cornerbacks and third year as the special teams coordinator after serving three years as the co-coordinator. Shah has sent five cornerbacks to the NFL, and coached Jaylon Johnson to All-America and first-team All-Pac-12 honors in 2019. He also has a first-team All-America punt returner and a Freshman All-America punt returner to his credit. The cornerbacks were instrumental in Utah ranking second in total defense and No. 1 in pass efficiency defense in the Pac-12 in 2020. Shah was cited by ESPN.com in 2014 as one of "10 coaches who adapt and thrive." He was a practicing attorney before becoming a coach at Utah. 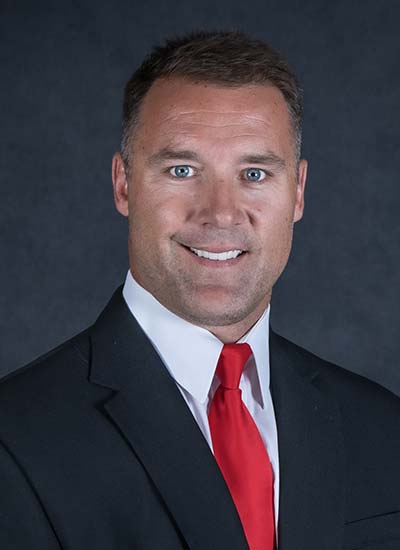 Colton Swan is in his third year coaching Utah's linebackers. He has coached a pair of first-team All-Pac-12 players in two years in Francis Bernard (2019) and Devin Lloyd (2020). Lloyd was also a second-team All-American and one of five finalists for the Butkus Award. Utah led the Pac-12 in rushing defense in 2020 and ranked No. 2 in the FBS in total defense in 2019. Swan spent the previous 15 years at Weber State, working with the linebackers for seven. He was the Wildcats' co-defensive coordinator from 2009-11 and a special teams coordinator from 2014-18. He also coached the safeties (2006-08) and tight ends (2014-16). Weber State won Big Sky championships in 2017-18 and made the FCS playoffs from 2016-18, advancing to the quarterfinals in 2017 and 2018. 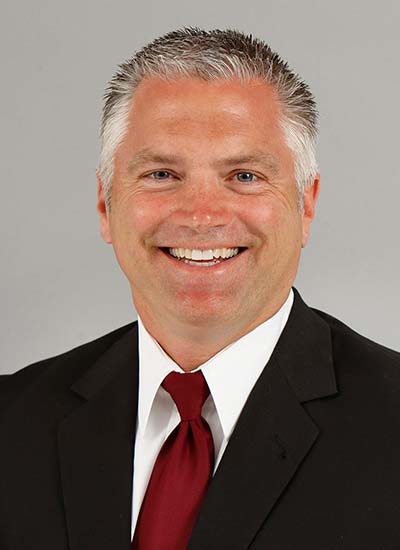 Now in his sixth season as Utah's tight ends coach and recruiting coordinator, Freddie Whittingham has helped develop Utah's roster for the past nine years. Whittingham's crew played an integral role in Utah's offense pacing the Pac-12 in rushing yards and passing efficiency in 2019. Brant Kuithe has led the Utes in receiving yards and earned second-team All-Pac-12 honors in both 2019 and '20. Before moving to the sidelines, Whittingham was Utah's director of player personnel from 2012-15, managing all aspects of recruiting administration and organization, directing camps and clinics, and serving as the program's NFL liaison. He is the younger brother of Utah head coach Kyle Whittingham. 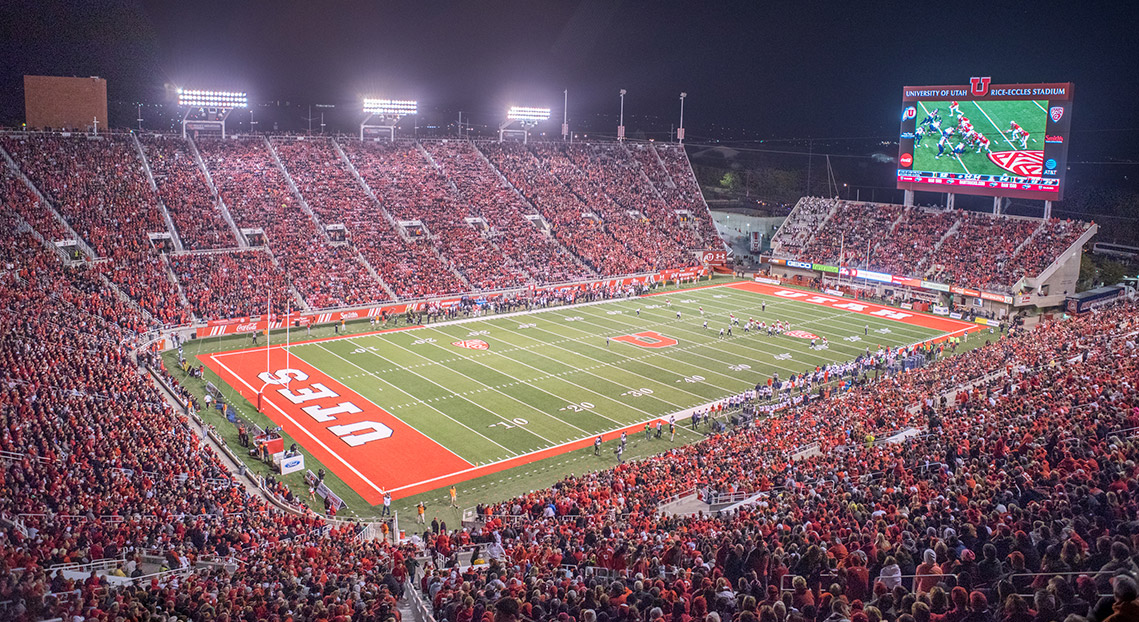 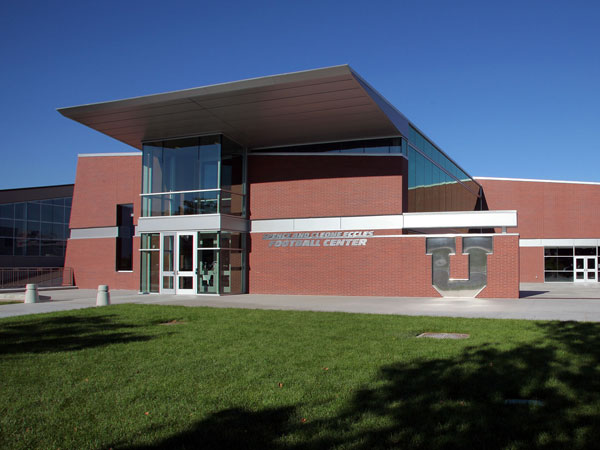 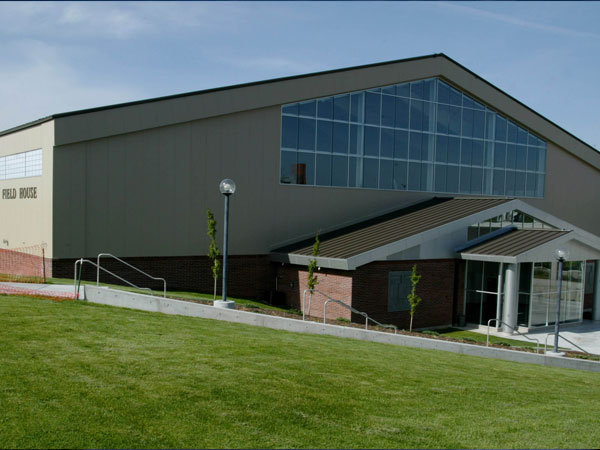