With its striking design, stunning mountain backdrop and panoramic views, Rice-Eccles Stadium is recognized as one of the most beautiful college stadiums in the country. While the exterior scenery is captivating, the charged atmosphere inside Rice-Eccles Stadium makes it one of the 25 “toughest stadiums in the country” for opposing teams according to Bleacher Report. 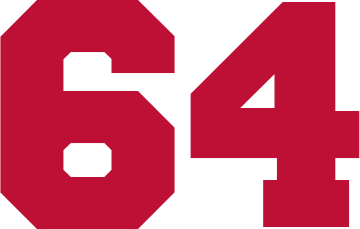 Consecutive sellouts in Rice-Eccles Stadium extending back to the 2010 opener.

It is also a venue that has taken on a significantly different look for this fall as an $80 million expansion and renovation was completed this past summer. The project was funded in part by a lead gift of $17.5 million from the Ken Garff family, which is the largest donation in Utah Athletics history. The new south end zone structure is named the Ken Garff Red Zone at Rice-Eccles Stadium.

“The success of our student-athletes and our department relies on the extraordinary generosity of our supporters, and the Garff family has been instrumental in elevating Utah Athletics to unimaginable heights,” said Director of Athletics Mark Harlan. “This transformational commitment from the Garffs will impact thousands of student-athletes, staff, coaches and fans for years to come, and we are forever grateful for their kindness and support of our University.”

No state or taxpayer dollars were used for the project. The former south end zone structure, built in 1982, was the only piece of old Rice Stadium retained when the current structure opened on the same grounds in 1998. The project encloses the stadium bowl by connecting the east and west concourses on the south end.

Seating capacity was increased from 45,807 to 51,444 with the addition of over 1,000 bleacher seats. The fan experience has been enhanced by the addition of premium seating options in luxury suites, loge boxes, ledge and rooftop areas. A field-level club and outdoor patio, recruiting lounge, and restaurant are also included in the new structure, as are additional points of sale for concessions and restrooms.

Fueling the expansion has been Utah’s tremendous fan support in recent years. Entering the 2021 season, the Utes have played in front of 64-straight home sellouts (60 which exceeded the seating capacity) when fans were allowed to attend extending back to the 2010 opener against Pittsburgh. In its first 23 years, there have been 83 total standing-room-only crowds.

The venue’s seating capacity was increased from 45,017 to 45,807 in 2014, and as a result, the top six season attendance averages and 12 of the top 15 single-game crowds in Rice-Eccles Stadium history were recorded over the next six years. The Utes averaged a school-record 46,533 fans per game in 2015, when they also recorded their best single-game attendance mark of 47,825 vs. Michigan. Dating back to its 13-0 Sugar Bowl campaign of 2008, Utah’s average attendance has exceeded the stadium’s capacity for 12 consecutive years.

Opened in 1998 on the grounds of the old Ute (1927-71) and Rice (1972-97) stadiums, Rice-Eccles Stadium has continued to receive upgrades in ensuing years. The latest was a state-of-the-art video scoreboard completed in the summer of 2016. Measuring 122 x 64 feet and rising 137 feet above ground, it is one of the largest college football video boards in the country. It features a high definition display with a 16:9 aspect ratio. The enhanced software to run the board delivers some of the best special effects in the sports industry and synchronizes with the LED boards in the north end zone.

Another improvement in 2016 was a distributed sound system that enhances the sound quality in every section of Rice-Eccles Stadium while also reducing noise to the surrounding community.

Rice-Eccles Stadium has also hosted a number of other major sporting events, the most prominent being the Opening and Closing Ceremonies of the 2002 Salt Lake Olympic Winter Games.

The initial groundwork for Rice-Eccles Stadium began in 1996, when a fundraising campaign was initiated to replace an aging 32,500-seat structure. A lead gift of $10 million soon came in from the George S. and Dolores Dore Eccles Foundation, steered by former Ute All-America skier Spence Eccles. The total construction costs ran $50 million.

Preliminary construction work began in the summer of 1997. Two days after the final home game that fall, wrecking crews moved in and demolished Rice Stadium. Only the south end zone bleachers and the Rice name (Robert L. Rice contributed $1 million in the 1972 renovation) would carry over to the new venue. Rising from the rubble less than 10 months later was Rice-Eccles Stadium, an imposing concrete, steel and glass edifice that dominates the Salt Lake skyline.

Visible for miles is the stadium box, located 14 stories above ground and encased in a 400-square-foot expanse of tempered glass. The box is supported by twin towers containing four high-speed elevators. Occupants of the stadium box are treated to sweeping views of the Wasatch Mountains to the east and downtown Salt Lake City, the Great Salt Lake and the Oquirrh Mountains to the west.

The stadium floor has also changed with the times. A Vertex CORE FieldTurf surface was installed in July, marking the fourth version of FieldTurf laid down in Rice-Eccles since 2002. Previous surfaces (dating back to Ute Field) were natural grass from 1927-71 and again in 2000-01, AstroTurf from 1972-95 and SportGrass from 1995-99.