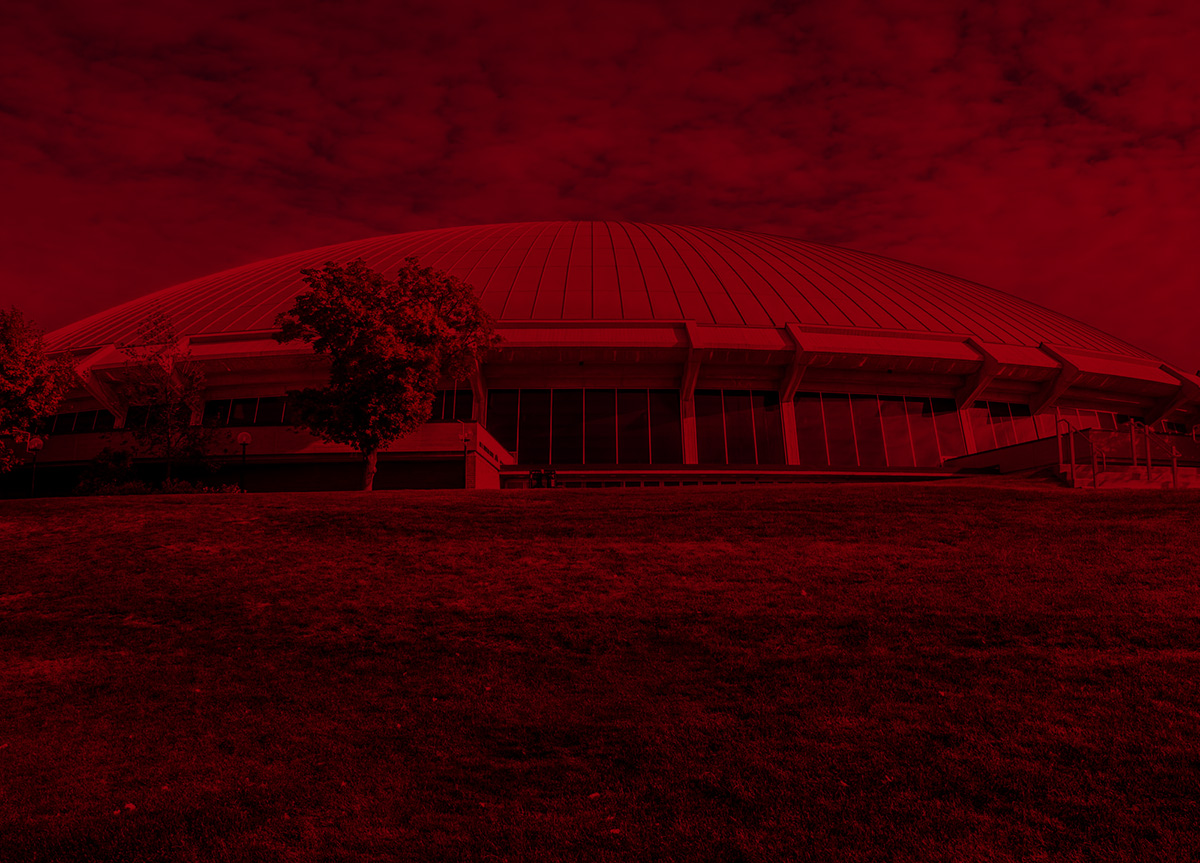 Regarded as one of the top college arenas in the nation since opening its doors in 1969, the Jon M. Huntsman Center has provided an imposing home advantage for Utah teams the past 51 years.

A landmark on the U. campus, the Jon M. Huntsman Center is the perfect place to watch a sporting event. With 15,000 chair seats (8,400 for volleyball and women's basketball with lower bowl seating only) assuring a great view from anywhere in the arena, the Huntsman Center is the largest venue in the Pac-12 Conference.

The facility underwent a $6 million renovation in the summer of 2014. The project included the installation of a super-grid ceiling structure, a state-of-the-art sound system, brighter and energy-efficient LED lighting in the arena and concourse, a maple wood floor, and updated graphics wrapping the walls of the lower bowl and mid-level concourse. New videoboards were installed in the fall of 2017 at a cost of $4.1 million.

Underground tunnels stretching 2,220 feet connect the arena with the four-building HPER complex, which underwent a renovation before the 2015-16 season. The $36 million project included the new Jon M. and Karen Huntsman Basketball Center, which houses the men's and women's basketball programs, and the Sorenson Legacy Foundation High Performance Center, a state-of-the-art sports medicine and strength & conditioning facility.

Every NCAA gymnastics attendance record has been set in the Jon M. Huntsman Center, including the most people ever to watch a collegiate gymnastics meet (16,019 vs. Michigan in 2015) and highest season attendance average (15,273 in 2020). Utah has led the nation in gymnastics attendance 36 of the last 39 years capacity crowds were allowed and has won nine all-women’s sports attendance titles, including the last seven in a row. The Utes have averaged over 14,500 fans a meet since 2010. Utah gymnastics owns the longest home win streak by any NCAA sport, going 24 years and 170 meets (Feb. 20, 1979 through Mar. 23, 2002) without losing a dual meet.

Over eight million fans have watched the Runnin’ Utes in the Huntsman Center, where the team is 644-162 (.799) all-time with winning records in 50 of the 52 seasons since opening its doors—including eight undefeated campaigns. Utah had its highest mark since 2000-01 by averaged 13,053 fans per home game in 2015-16, and they continued to turn out in recent seasons.

The Jon M. Huntsman Center has been long recognized as one of the great sites of NCAA Championship events.

In men's basketball, the Huntsman Center ranks third among the nation's arenas for the most NCAA Tournament games hosted, with 81 contests having been played in the facility. The JMHC played host to the 1979 NCAA Basketball Championship “Dream Match-Up” featuring Indiana State's Larry Bird and Michigan State's Magic Johnson.

Women's basketball has hosted NCAA tournament first and second round games in 2001 and 2011. The NCAA women's volleyball tournament visited the Huntsman Center for the first time in 2017 with the Utes winning the Salt Lake Sub-Regional.